The Operational Miracle That Was D-Day

Seventy years ago this June 6, the Americans, British and Canadians stormed the beaches of Normandy in the largest amphibious invasion of Europe since the Persian king Xerxes invaded Greece in 480 B.C.

About 160,000 troops landed on five Normandy beaches and linked up with airborne troops in a masterful display of planning and courage. Within a month almost a million Allied troops had landed in France and were heading eastward toward the German border. Within 11 months the war with Germany was over.

The western front required the diversion of hundreds of thousands of German troops. It weakened Nazi resistance to the Russians while robbing the Third Reich of its valuable occupied European territory. END_OF_DOCUMENT_TOKEN_TO_BE_REPLACED 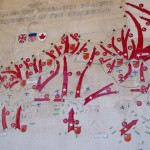 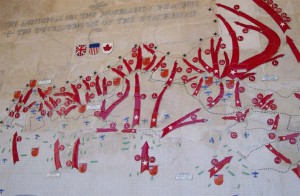 He repeated much of what he said ten years previous to this occasion. Again he spoke of the veterans of that Invasion who could share with us the “fear of being on the boat waiting to land.” How their loved ones could later “see the ocean and feel the sea sickness.” With them we “can see the looks on his fellow soldiers’ faces — the fear, the anguish, the uncertainty of what lay ahead.” Reagan then challenged us to “feel the strength and courage of the men who took those first steps through the tide to what must have surely looked like instant death.” END_OF_DOCUMENT_TOKEN_TO_BE_REPLACED 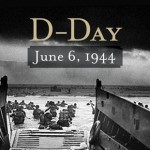 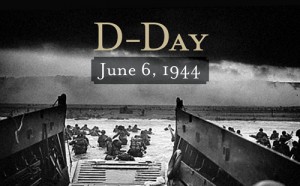 Poignantly he described, “the boys of Pointe du Hoc” who “took the cliffs” as “champions who helped free a continent.” He cited a poem by Stephen Spender, that the men “left the vivid air signed with your honor.’ END_OF_DOCUMENT_TOKEN_TO_BE_REPLACED

Again that day he reminded a world facing another kind of aggression, a still existent Soviet Union, that the Allies “came not as conquerors, but as liberators. When these troops swept across the French countryside and into the forests of Belgium and Luxembourg they came not to take, but to return what had been wrongly seized.” END_OF_DOCUMENT_TOKEN_TO_BE_REPLACED