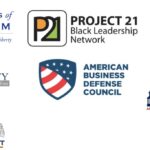 Your recent comments about the need to investigate criminal wrongdoing by public officials and the importance of transparency to American government have not gone unnoticed.

As you know, allegations of just such wrongdoing and the lack of transparency have arisen over the last two months based on emails found on a personal computer belonging to Hunter Biden — the son of Vice President Joseph Biden — a computer whose authenticity has been established by the FBI.

As you also know, public record has established beyond doubt that vice President Biden repeatedly took his son on official trips to foreign nations and that soon after such trips his son’s companies we’re receiving millions in contracts from government related entities in those nations.  Additionally, it is also public record that when one of those companies came under investigation for corrupt practices by a foreign government vice president Biden intervened and forced that government to shut down the corruption probe and fire the prosecutor by threatening to deny the country and its people US foreign aid. This, as you know, is indisputable since Vice President Biden openly boasted on camera about his effectiveness in getting the corruption prosecutor fired.

Now, however, graver questions have arisen about the suspect activities of the vice president and his son.  Disclosure of the emails from Hunter Biden’s computer show him speaking openly about paying out money to the rest of the family including his father who was apparently referred to — and these are just two examples— as “the big guy” or someone entitled to his ten percent.

Already, of course, Vice President Biden has a serious credibility problem on this issue, having said flatly that he never discussed such business matters with his son.  Evidence from the computer emails as well as testimony from one of his son’s former business colleagues who attended meetings with Vice President Biden show his emphatic denial is now one of the boldest falsehoods ever told an American public life.

In any case, we hope that you would welcome the chance to assist Vice President Biden in laying to rest any allegations that he was using his office and official travel to influence foreign governments or entities to benefit his son’s businesses.  And to answer this question: Was any of that income received by Vice President Biden or other family members?

Thus, we hope that in view of your strong demand for transparency and disclosure you will endorse our suggestion that your committee ask for vice President Biden’s bank records and those of the rest of his family over the period of his vice presidency and immediately thereafter. In this way he can put to rest any allegations including concerns about how he acquired his extensive personal wealth and his large estate.

If members of the committee from both sides as well as their legal counsel could be permitted to examine the records and then report to the Congress this would do much to clear the air.  Moreover, if you took this initiative as a member of the Democratic House leadership this would do much to show that your interest in full disclosure and investigating corruption extends to members of your own party.

As you know, when these allegations arose during the presidential campaign, media organizations – some of whom still claim they are serious news organizations – rushed to protect Vice President Joe Biden who was their chosen candidate by imposing a news blackout on this information.

But that won’t last now – the public is going to want to know the truth.  This is your chance to serve the cause of integrity and transparency in public office as you’ve talked so much about the past few years.

The American people have a right to this information and we are hopeful that you and the Vice President will see the advantage of the full disclosure suggested by our proposal before demands for a special counsel become deafening. 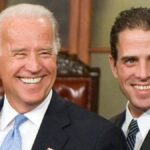 CHANCE FOR BIDEN TO LAY TO REST CONCERNS about his “extensive personal wealth and large estates” before demands for special counsel investigation are likely to become “deafening.”

LETTER ASKS:  DID BIDEN AS VICE PRESIDENT USE HIS “OFFICE AND OFFICIAL TRAVEL TO INFLUENCE FOREIGN GOVERNMENTS OR ENTITIES TO BENEFIT HIS SON’S BUSINESSES? AND DID ANY OF THAT INCOME FROM HIS SON GET PAID TO HIMSELF OR OTHER FAMILY MEMBERS?”

THE PUBLIC WILL NO LONGER ACCEPT A “NEWS BLACKOUT” ON LAPTOP EVIDENCE IMPOSED BY MEDIA FOR THEIR “CHOSEN CANDIDATE” IN 2020 ELECTION.

“ONE OF THE BOLDEST FALSEHOODS EVER TOLD IN AMERICAN PUBLIC LIFE” SAYS LETTER ABOUT BIDEN’S EMPHATIC DENIAL OF DISCUSSION OF BUSINESS MATTERS WITH SON, citing evidence from laptop emails and testimony from Hunter Biden business colleague who attended meetings with Joe Biden present.

IN ADDITION TO CHINA AND MOSCOW PAYMENTS TO HUNTER BIDEN, BIDEN FAMILY BANK RECORDS MAY SHED LIGHT ON JOE BIDEN’S INTERVENTION IN UKRAINE TO SHUT DOWN CORRUPTION PROBE INTO SON’S COMPANY BY DENYING US FOREIGN AID TO GOVERNMENT AND UKRAINIAN PEOPLE .

It is “indisputable” that Biden misused foreign aid since he “openly boasted on camera about his effectiveness in getting the corruption prosecutor fired.”

Letter says Ways and Means Committee Chairman and House Democrats now have a chance “to show that your interest in full disclosure and investigating corruption extends to members of your own party.”

Washington DC –  A coalition of conservative leaders are demanding that House Ways and Means Chairman Richard Neal and other House Democrats who have been trying to obtain President Trump’s tax returns to ask Vice President Biden for bank records during the period of his Vice Presidency and immediately thereafter. The group says such records could help lay to rest concerns that he used his office and official travel for personal benefit and explain emails by his son referring to payments to Biden and other members of the family.

One of the signers of the letter, George Landrith, President of Frontiers of Freedom, said “We think Chairman Neal and Vice President Biden should welcome the chance to clear the air. Our letter speaks for itself and we hope Members of Congress join in our demand for a full and honest review.”

The signers of the letter include: