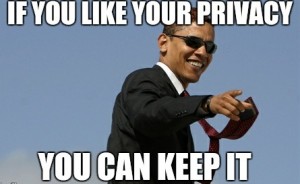 This sounds good but is in fact a Pollyannaish view: Those who act on behalf of the government are our neighbors, friends, and family, but America is a nation of laws. If men and women were just and trustworthy there would be no need for the Fourth Amendment. In Soviet Russia the KGB depended on the “friends and family” plan to keep an eye on everyone. END_OF_DOCUMENT_TOKEN_TO_BE_REPLACED 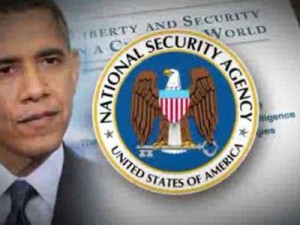 In classic Obama split-the-difference fashion, the president put forward “reforms” that are likely to satisfy neither the intelligence community nor civil libertarians. Perhaps that is as it should be. The balance between security and liberty raises difficult issues that don’t lend themselves to all-or-nothing solutions. END_OF_DOCUMENT_TOKEN_TO_BE_REPLACED

The White House’s tepid plan aims to calm the public, not curtail the government’s surveillance programs.

The White House promised Friday that it was ending the NSA’s most controversial surveillance program “as it currently exists.” But make no mistake, it’s still going to exist.

n fact, what President Obama has announced will have little operational effect on the National Security Agency’s collection of Americans’ data. And, significantly, the administration has attempted to dodge some of the biggest decisions, passing the ball to Congress, which will likely do nothing if recent trends hold. END_OF_DOCUMENT_TOKEN_TO_BE_REPLACED

On Aug. 9, the Obama administration released a previously secret legal interpretation of the Patriot Act that it used to justify the bulk collection of every American’s phone records. The strained reasoning in the 22-page memo won’t survive long in public light, which is itself one of the strongest arguments for transparency in government. As the late Supreme Court Justice Louis Brandeis wrote, “Sunlight is said to be the best of disinfectants.”

Recent revelations by the Washington Post emphasize the need for greater transparency. The National Security Agency failed to report privacy violations that are serious infringements of constitutional rights. Beyond these blatant violations, the foundation of the programs is itself illegal. END_OF_DOCUMENT_TOKEN_TO_BE_REPLACED 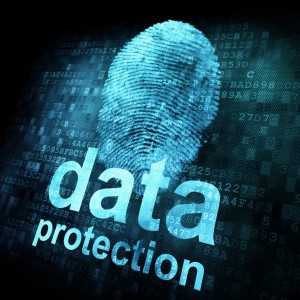 The Washington Post opened a can of worms last Friday when it reported that, in 2012, an internal NSA audit found that the agency had violated privacy rules 2,776 times within just one year. The audit counted only violations at NSA’s Washington facilities — nearly 20 other NSA facilities were not included. In the wake of the Post’s report, the NSA insisted that the violations were “inadvertent,” but it failed to explain why it had not shared the report with Senate Intelligence Committee chair Dianne Feinstein or other congressional oversight authorities. END_OF_DOCUMENT_TOKEN_TO_BE_REPLACED

The agency’s approach to collecting data is too easily abused.

Since news broke in June that the government has been seizing millions of Americans’ phone and Internet records, the Obama administration’s defense has rested on three pillars. The collections are needed to prevent terrorist attacks. Internal safeguards protect the public’s privacy. And ultimately, Congress and judges on a special court have Americans’ backs.

Not a bad argument, if it holds up. So far, it hasn’t.