Drilling down into the numbers reveals more about the shifts in the reasons some people forego a paycheck. In all age groups, for instance, more people cited retirement as the reason for being out of the labor force, and it wasn’t just older people. END_OF_DOCUMENT_TOKEN_TO_BE_REPLACED

Happy days are not yet here again for American workers, regardless of the cheering generated by the government’s latest report on job creation.

The number of people collecting paychecks rose more than had been expected and the tally of people counted as jobless fell, placing the unemployment rate — 5.9% — at its lowest level since 2008.

While the trends are positive, they offer only distant hope to a middle class that is taking home less pay than it used to and can only watch as the wealthy enjoy ever greater prosperity.

It wasn’t supposed to be this way under President Obama, tribune of ordinary folks who, as he likes to say, play by the rules. END_OF_DOCUMENT_TOKEN_TO_BE_REPLACED 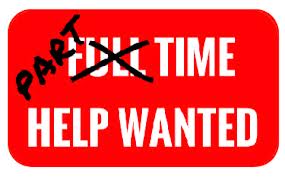 NBC News contacted around 20 small businesses and other entities for this report and found that employee hours are being cut to 29 hours because of Obamacare, despite the delay of the employer mandate. But the White House, NBC News reports, says that there is no systematic evidence that this is because of Obamacare and dismisses the report as anecdotal. Unions and employers say the White House is dead wrong.

Employers around the country, from fast-food franchises to colleges, have told NBC News that they will be cutting workers’ hours below 30 a week because they can’t afford to offer the health insurance mandated by the Affordable Care Act, also known as Obamacare. END_OF_DOCUMENT_TOKEN_TO_BE_REPLACED

Earlier this year the Wall Street Journal reported on “ObamaCare’s health-insurance sticker shock,” on how health insurance “premiums in individual markets will shoot up due to the mandates that take effect in 2014,” specifically: “requirements that health insurers (1) accept everyone who applies (guaranteed issue), (2) cannot charge more based on serious medical conditions (modified community rating), and (3) include numerous coverage mandates that force insurance to pay for many often uncovered medical conditions. . . . Insurers are adjusting premiums now in anticipation of the guaranteed-issue and community-rating mandates starting next year.” A more recent Journal report explains why premiums “could soar” (i.e., triple) even for the healthy under ObamaCare. END_OF_DOCUMENT_TOKEN_TO_BE_REPLACED