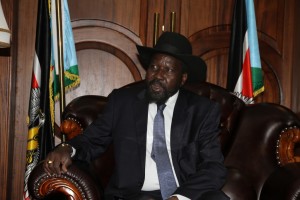 END_OF_DOCUMENT_TOKEN_TO_BE_REPLACED

South Sudan & The ICC As The Threatening Hammer of Great Powers 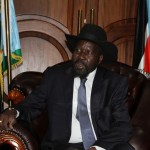 In a powerful Washington Times op-ed this weekend South Sudanese President Salva Kiir Mayardit writes of the jubilation of achieving independence five years ago, the struggle to build a representative government and civil society amidst civil war, and his bitter disappointment at being strong-armed by Western nations into a peace deal that, in his words, “undermines the sovereignty and democratic institutions of our nation in key, unfortunate ways.”

In our own country, we said, our government would act for us and not against. Never again could an official or favored group simply take from us on a whim. And never again would any of us be treated as lesser than any other.

It was our friends in the international community who helped shape those feelings into words. “Accountable, representative institutions;” “the Rule of Law;” “inalienable and equitable rights” — for many in South Sudan, the institutional vocabulary was new. But we all had known their meanings by their absence.

Five years later, we see how hollow those words can be in the outside world.

Kiir then discusses a few of the problematic issues inherent to the peace accord:

END_OF_DOCUMENT_TOKEN_TO_BE_REPLACED

A good football coach knows that on third down and inches, a quarterback sneak might be the best play. Conversely, on third down and 25, his team will likely throw a long pass. The right play for one situation isn’t necessarily right in every situation.

Likewise, an effective U.S. President knows when to intervene and project strength and when to keep a low profile. Obama’s problem is that when he should show strength and resolve, he is passive and weak. And when he should show restraint and patience, he needlessly inserts himself and seeks to impose his will. Simply stated, given the circumstances, he calls the wrong play. Obama’s miscues are endangering the future of South Sudan.

South Sudan is the world’s youngest nation. In 2011, after decades of conflict and civil war, South Sudan was carved out of Sudan along cultural and geographical lines. But the new nation has had growing pains and conflict as it establishes itself as a new democracy. These difficulties have been made worse by Obama’s interference. END_OF_DOCUMENT_TOKEN_TO_BE_REPLACED