The Dangers of Endless Quantitative Easing

With growth so uncertain, it is understandable that central banks would be wary of beginning to taper monthly bond purchases before it is clear that inflation has taken off. But they would do well to recognize that prolonging quantitative easing implies significant risks, too.

Inflation readings in the United States have shot up in recent months. Labor markets are extremely tight. In one recent survey, 46% of small-business owners said they could not find workers to fill open jobs, and a net 39% reported having increased their employees’ compensation. Yet, at the time of this writing, the yield on ten-year Treasury bonds is 1.24%, well below the ten-year breakeven inflation rate of 2.4%. At the same time, stock markets are flirting with all-time highs.

Something in all this does not add up. Perhaps the bond markets believe the US Federal Reserve when it suggests that current inflationary pressures are transitory and that the Fed can hold policy interest rates down for an extended period. If so, growth – bolstered by pent-up savings and the additional government spending currently being negotiated in Congress – should be reasonable, and inflation should remain around the Fed’s target. The breakeven inflation rate also seems to be pointing to this scenario.

But that doesn’t explain why the ten-year Treasury rate is so low, suggesting negative real rates over the next decade. What if it is right? Perhaps the spread of the COVID-19 Delta variant will prompt fresh lockdowns in developed countries and damage emerging markets even more. Perhaps more nasty variants will emerge. And perhaps the negotiations in Congress will break down, with even the bipartisan infrastructure bill failing to pass. In this scenario, however, it would be hard to justify the stock-market buoyancy and breakeven inflation rate.

One common factor driving up both stock and bond prices (thus lowering bond yields) could be asset managers’ search for yield, owing to the conditions created by extremely accommodative monetary policies. This would explain why the prices of stocks (including “meme stocks”), bonds, cryptocurrencies, and housing are all a little frothy at the same time.

To those who care about sound asset prices, Fed Chair Jerome Powell’s announcement last week that the economy had made progress toward the point where the Fed might end its $120 billion monthly bond-buying program was good news. Phasing out quantitative easing (QE) is the first step toward monetary-policy normalization, which itself is necessary to alleviate the pressure on asset managers to produce impossible returns in a low-yield environment.

The beginning of the end of QE would not please everyone, though. Some economists see a significant downside to withdrawing monetary accommodation before it is clear that inflation has taken off. Gone is the old received wisdom that if you are staring inflation in the eyeballs, it is already too late to beat it down without a costly fight. Two decades of persistently low inflation have convinced many central bankers that they can wait.

And yet, even if monetary policymakers are not overly concerned about high asset prices or inflation, they should be worried about another risk that prolonged QE intensifies: the government’s fiscal exposure to future interest-rate hikes.

To this, thoughtful economists might respond, “Wait a minute! Not all the debt has to be rolled over quickly. Just look at the United Kingdom, where the average term to maturity is about 15 years.” True, if debt maturities were evenly spread out, only around one-fifteenth of the UK debt would have to be refinanced each year, giving the authorities plenty of time to react to rising interest rates.

But that is no reason for complacency. The average maturity for government debt is much lower in other countries, not least the US, where it is only 5.8 years. Moreover, what matters is not the average debt maturity (which can be skewed by a few long-dated bonds), but rather the amount of debt that will mature quickly and must be rolled over at a higher rate. Median debt maturity (the length of time by which half the existing debt will mature) is therefore a better measure of exposure to interest-rate-rollover risk. Sign up for our weekly newsletter, PS on Sunday

More to the point, one also must account for a major source of effective maturity shortening: QE. When the central bank hoovers up five-year government debt from the market in its monthly bond-buying program, it finances those purchases by borrowing overnight reserves from commercial banks on which it pays interest (also termed “interest on excess reserves”). From the perspective of the consolidated balance sheet of the government and the central bank (which, remember, is a wholly owned subsidiary of the government in many countries), the government has essentially swapped five-year debt for overnight debt. QE thus drives a continuous shortening of effective government debt maturity and a corresponding increase in (consolidated) government and central-bank exposure to rising interest rates.

Does this matter? Consider the 15-year average maturity of UK government debt. The median maturity is shorter, at 11 years, and falls to just four years when one accounts for the QE-driven shortening. A one-percentage-point increase in interest rates would therefore boost the UK government’s debt interest payments by about 0.8% of GDP – which, the UK Office for Budget Responsibility notes, is about two-thirds of the medium-term fiscal tightening proposed over the same period. And, of course, rates could increase much more than one percentage point.

As for the US, not only is the outstanding government debt much shorter in maturity than that of the UK, but the Fed already owns one-quarter of it. Clearly, prolonging QE is not without risks.

The U.S. economy created only 142,000 jobs in August, down from 212,000 in July, indicating the economy significantly slowed this summer.

Job creation is well below the pace needed to reemploy all the workers displaced during the financial crisis—the economy is in crisis!

Although official GDP estimates indicate the economy expanded in the second quarter at a torrid pace—4.2. percent—much of that was inventory build, as consumer spending continued to drag along at a nonplus pace and capital investment, especially in manufacturing, remains subpar.

The official jobless rate is down to 6.1 percent but real unemployment is closer to 18 percent, because so many prime aged adults are sitting out the party.

END_OF_DOCUMENT_TOKEN_TO_BE_REPLACED

The Poor: Reagan vs. Obama 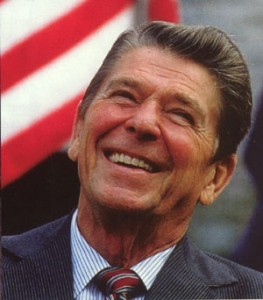 I think the poor need another Reagan in the White House.

The income of black heads-of-households dropped by 10.9 percent from June 2009 to June 2013. This decline in black income is more than double the overall 4.4 percent drop nationally in real, adjusted for inflation, median household income during the same four years of alleged “recovery.”

Similarly, real incomes of those under age 25 fell by 9.6 percent over the same period — again, more than double the average drop in household income. END_OF_DOCUMENT_TOKEN_TO_BE_REPLACED 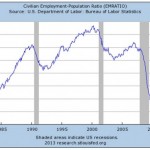 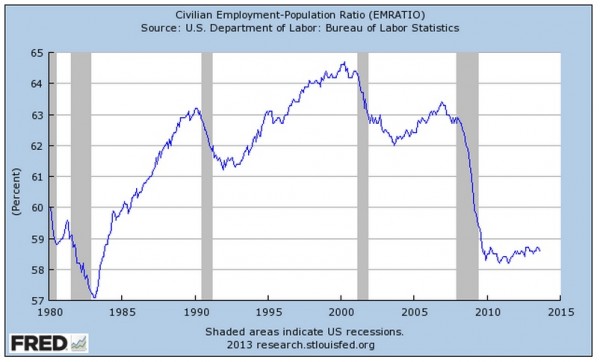 1. This was the jobs report that was supposed to reflect an economy kicking into higher gear. Goldman Sachs, for instance, was looking for 200,000 net new jobs. And whisper estimates were even higher. Instead, the economy added just 169,000 jobs vs. the 180,000 consensus forecast. END_OF_DOCUMENT_TOKEN_TO_BE_REPLACED 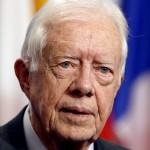 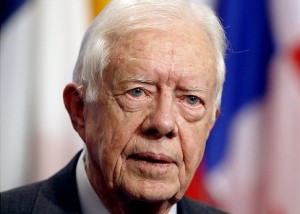 Jimmy Carter must be smiling because before last Friday, he held the record for the worst labor force participation rate. END_OF_DOCUMENT_TOKEN_TO_BE_REPLACED

The truth about falling wages

The left and “progressives” love to blame wage stagnation on greedy businesses wanting to gobble a larger share of the pie. But it’s actually a product of businesses’ uncertainty about taxes, regulations and employee-benefit costs — which the Obama administration has exacerbated.