To save America’s cities, it is time to be bold

When it comes down to it, many of the significant problems associated with the COVID pandemic resulted from a failure of imagination. Many of the nation’s best thinkers, having been surprised by the outbreak and the extent and speed of its spread, seemed to fear certain potential outcomes so much they froze.

The proper response is not timidity or inaction. Success tends to favor the bold, which suggests that the nation’s business and political and scientific leadership should have been exploring and experimenting with ways to keep the economy open, rather than shut it down.

The lockdowns that far too many embraced as the way to stop the disease from spreading produced adverse consequences that will be with us for some time. They did not stop COVID from spreading – indeed, it is still with us, continuing to mutate as most viruses do.

Health concerns aside, the lockdowns were economically and socially harmful. They put people out of work, enforced isolation, hampered the learning experience vital to our children’s future, and decimated many of the nation’s vital urban centers. Even though the U.S. economy is generally in recovery, our commercial centers, which had perhaps been hit harder than the rest of the nation because of their population density, do not seem to be coming back as quickly as other parts of the country.

There are ways to deal with this, both good and bad. What’s called for now are imaginative solutions to help urban areas rebuild quickly, that promote greater flexibility in the way space is used, and develop communities of which people want to be a part.

To put our cities back to work means changing the way we think about them. We cannot allow the urban rot that began in the late 1960s in so many major American cities to take root once again, displacing decades of progress that has been made in bringing our metropolises back from the brink. For that reason, rather than looking at downtowns and seeing them as they are, with 70 to 80 percent of real estate dedicated to office space, we need to be thinking of what they can become, even if the changes in the workforce and work habits become permanent.

The Revitalizing Downtowns Act, proposed by a handful of Democrats in Washington, would provide a tax credit equal to 20 percent of conversion expenses for developers seeking to repurpose vacant or obsolete office space into something new.

This is the right approach to transform declining business districts heavily devoted to office space. Repurposed urban towers renovated for mixed-use could become vibrant communities of their own, with people living and working and shopping and engaging in entertainment pursuits side by side without having to cross the sidewalk.

Conversion can be expensive and difficult. Incentivizing them in the tax code will make them more frequent. The Revitalizing Downtowns Act would provide a credit equal to the qualified expenses when converting vacant office buildings into small businesses or new apartments, including affordable housing — thus opening downtown and small businesses to more people and varying income levels.

The incentive approach works. The 2017 Tax Cuts and Jobs Act again proved it, with the reduction in corporate tax rates fueling a hiring boom that reduced unemployment — especially among women, black teens, and other minorities — to some of the lowest levels ever recorded. People who have money don’t like to hide it in their mattresses, they like to put it to work. That’s, at least in part, how economic growth happens.

America’s cities are in crisis. The lockdowns, the recent riots, and the way Americans are changing in the age of the internet have come together in a way that forces us to make a choice. Do we want them to fall? Or do we want them to rise to become greater than they already are while restoring the vitality that once made them places people wanted to be? 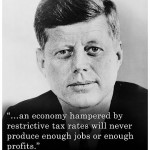 END_OF_DOCUMENT_TOKEN_TO_BE_REPLACED

Take Tax Reform to the People

Serious people are starting to wonder if tax reform can pass, largely because they’re only talking to people inside Washington.

Instead they should talk to the American people. Most of them are hungry for it. A quarter of small business owners surveyed by CNBC/Survey Money said taxes were the most critical issue they currently face. Overall it’s their No. 1 concern and, since small business is the engine of growth in the U.S. economy, that’s an important consideration.

Things have improved since Election Day 2016, but the economy is still not growing like it needs to if we are to have hope of ever paying down the national debt, now equal to about one year’s U.S. GDP. END_OF_DOCUMENT_TOKEN_TO_BE_REPLACED

President Trump’s tax plan leaves many details undefined, but there is plenty to evaluate. The administration claims its proposed changes would encourage growth and make the tax system more efficient. History suggests they will.

Less certain is the claim that the tax cuts will pay for themselves. Although budget concerns should always be paramount when cutting taxes, revenue neutrality does little to guarantee that this—or any—administration will exercise fiscal responsibility.

Most economists favor moving away from taxing capital and toward taxing consumption through value-added or sales taxes. Taxing capital squelches growth because capital is mobile and can cross borders in search of the highest risk-adjusted, after-tax return. Economists in both parties have scored the effects of eliminating capital taxation in favor of a pure consumption tax. Estimates range from a 5% to 9% total increase in gross domestic product. END_OF_DOCUMENT_TOKEN_TO_BE_REPLACED

Though America has prospered since the end of the so-called “great recession,” the economy has grown by so little it’s hardly worthy of mention. The boom that began under Ronald Reagan ended with the collapse of the sub-prime mortgage industry. The country is no longer moving. Something must be done to get things going again.

The answer to our problems is simple. America needs tax reform to get moving again. There are a number of good, serious proposals out there from the Hall-Rabuska flat tax to the “Better Way” plan being pushed by House Speaker Paul Ryan. None of them is perfect but they’d all produce lower rates by eliminating deductions and credits. They’d all make the system simpler, and they’d all goose the economy to get annual growth in U.S. GDP where it should be, around three or four percent annually if not higher. END_OF_DOCUMENT_TOKEN_TO_BE_REPLACED 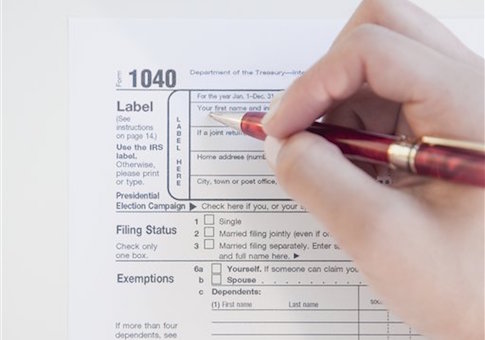 Americans will spend more than 8.9 billion hours and $409 billion complying with the tax code in 2016, according to a report from the Tax Foundation.

“One often overlooked issue in tax reform is complexity,” the report states. “For decades, the tax code has become more and more detailed, with thousands of additional pages of statutes, regulations, and case law. This added complexity imposes a real cost on the U.S. economy.”

The Internal Revenue Service (IRS) tax code in 1995 totaled 409,000 words and since then it has increased to a total of 2.4 million words.

In addition to the tax code, there are 7.7 million words of tax regulations and there are 60,000 pages of tax-related case law, which accountants and tax lawyers use to decide how much their clients must pay. END_OF_DOCUMENT_TOKEN_TO_BE_REPLACED