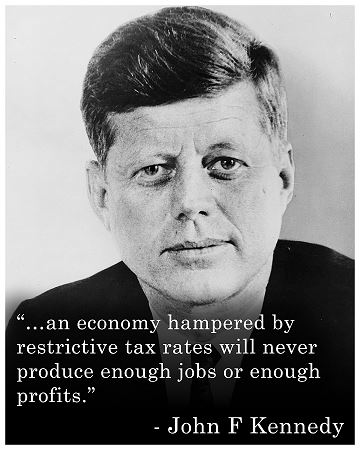 Before repeal, European wealth taxes — with a variety of rates and bases — tended to raise only about 0.2 percent of gross domestic product in revenue, based on Organization for Economic Cooperation and Development data. That is only 1/40th as much as the U.S. federal income tax raises.

Yet for little revenue, wealth taxes are difficult to administer and enforce. They may require taxpayers to report the values of financial securities, homes, furniture, artwork, jewelry, antiques, vehicles, boats, pension rights, family businesses, farm assets, land, intellectual property, and much else. But owners do not know the market values of many assets, and values change over time, so costly wealth-tax compliance would only make accountants wealthy.

And what about wealth held abroad? There is no way the Internal Revenue Service would be able to track down and value everything U.S. residents owned on a global basis.

In the 1970s, the British Labour government pushed for a national wealth tax and failed. The minister in charge, Denis Healey, said in his memoirs, “We had committed ourselves to a Wealth Tax; but in five years I found it impossible to draft one which would yield enough revenue to be worth the administrative cost and political hassle.”

Another problem is that wealth taxes have disappearing tax bases. In Europe, politicians carved out an increasing number of exemptions from tax bases to appease special interests. Exemptions were often provided for farm assets, small businesses, pension assets, artwork, and other items.

And here’s the kicker: Since the base of wealth taxes is net wealth, debt is deductible. That allowed wealthy Europeans to jack up their borrowing and invest in the exempted assets to shrink their tax bases. If a wealth tax were imposed in the United States, the farm lobby would most certainly get farmland excluded. Then rich people would borrow heavily and invest in farmland, thus shrinking the tax base and distorting the economy.

Magnus Henrekson and Gunnar Du Rietz studied the history of the Swedish wealth tax. They found that “people could with impunity evade the tax by taking appropriate measures,” including taking on excessive debt to buy exempted assets.

The Swedish wealth tax also prompted large outflows of capital and the expatriation of well-known business people, such as the founder of Ikea, Ingvar Kamprad. Henrekson and Du Rietz conclude, “The magnitude of these outflows was a major motivation for the repeal of the wealth tax in 2007.”

It was the same story with the French wealth tax, which was imposed in 1982 and repealed in 2017. Over the years, a parade of French businesspeople and celebrities left the country to avoid the tax — many going to Belgium, which is also a high-tax country but has no wealth tax. The government estimated in 2017 that “some 10,000 people with 35 billion euros worth of assets left in the past 15 years” for tax reasons. French economist Eric Pichet estimated that the outflows were much larger.

In a 2018 article for the International Monetary Fund, economists James Brumby and Michael Keen conclude: “The design of wealth taxes is notoriously prone to lobbying and the granting of exemptions that the wealthiest can exploit. Furthermore, the rich have proved adept avoiding or evading taxes by placing their wealth abroad in low tax jurisdictions.”

Senator Warren and other liberals rightly denounce cronyism and tax avoidance by the rich, but a wealth tax would generate more of those ills. If Warren’s plan were enacted, the rich would descend on Congress to lobby for exemptions while cranking up debt and hiding their taxable assets here and abroad.

If liberals want tax fairness, they should push to close existing income-tax loopholes. The tax exemption for municipal-bond interest, for example, would be a good target because it mainly benefits the wealthy. Closing such loopholes would reduce distortions and simplify taxation — the exact opposite effects of adding a wealth tax.