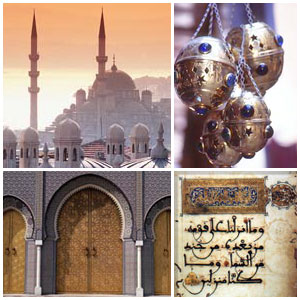 More often than men would like it, history has the annoying habit of repeating itself.  Thus, already in 1985, the Sudanese people had a disappointing experience with the “Arab Spring” of their own making.  Back then they overthrew Jafaar al-Numeiri’s military dictatorship that during its decade and a half reign brought Sudan to the brink of political chaos and economic ruin.  Finally, after a hiatus of four turbulent years, the people’s revolution was hijacked by an alliance of the military headed by Omar Hassan al-Bashir and the fundamentalist Islamists led by Hassan Abdullah al-Turaki.  Subsequently, Sudan became a thoroughly Islamist state sponsoring al-Qaeda and other hard- core terrorist organizations.  This development, in turn, led to the separation of the Christian south from the Muslim north.  Now, both countries are paralyzed by even more severe political anarchy and economic bankruptcy.

To state that the other Arab League countries have had their own troubled modern history is certainly an understatement.  Since Napoleon’s invasion of Egypt at the end of the 18th century, the intra-Arab struggle between Western style modernization and the reassertion of the mythical version of Muslim values had stymied essential reforms from the highly centralized, militaristic state toward an open, representative political and economic system.  Attempts at reversing the long decline of the Muslim world vis-à-vis the West had unfailingly ended in increased oppression and more abject poverty.  Various patriotic and nationalistic movements, Nasser’s independent socialism coupled with pan-Arabism and the different shades of pan-Islamism had been more despotic reactions to outside pressures than constructive strategies to eliminate the backwardness of Arab societies.

Another reason for the Arab countries’ modern tragedy had been the timing and the manner of decolonization.  Through decolonization the Arab people had tasted independence but had never experienced freedom.  And herein lies the real origin of the Khomeini revolution of 1979 in Iran and the elementary outburst of ruthless violence by disappointed, dissatisfied and hopelessly alienated Muslim groups and individuals.  Intentionally robbed of its ethical foundation that is love and emptied of its psychological integrity that is self-confidence, religion had been politicized by a minority of the Sunni and Shi’a clergy to serve not the people but their privileges, monopolies, lies, deceitfulness and arbitrariness.  It is in such a context that democracy, a state of affairs in which dialogue, tolerance, the rule of law and the search for consensus prevail, must be demonized as being antithetical to the absolute rule of Islam.

The paradox of the recent events in Tunisia, Libya, Sudan, Egypt, Yemen, Jordan, Syria, Kuwait, Bahrain and Iraq is that the legalization of the Muslim Brotherhood and other fundamentalist organizations will not lead to more democracy.  On the contrary, it will only reinforce the dual identity of Arab societies in which pseudo democrats and fanatical fundamentalists will perpetuate the explosive political conditions.  The inevitable failure of the “Arab Spring” is, therefore, rooted in the impossibility of reconciling these two forces that tear apart the Arab world.  Thus, the tensions between the West and the Arab world will continue to exist as long as the Arabs do not understand that reality should not be subordinated to a rigid religious vision that is incompatible with democracy and freedom.

On the other hand, the United States’ Middle East policy had been caught for decades between a transformative utopia without any basis in reality and the defense of the status quo that called for an impossible balancing act.  The effect of this incoherence on the Arab world had been that the United States had never understood their history, culture and politics, and, as a result, could not lead a modern revival in the region.  More ominously, both secular and religious Arabs had concluded that essentially the United States is unserious and untrustworthy.

Amidst all the turmoil, violence and instability, the Obama administration decided on an ersatz diplomacy.  At the beginning, the president launched a verbal offensive to placate the Arab world that was not followed by meaningful actions.  Predictably, the latter closed its ranks to him.  When the Jewish voters protested against coercing Israel into one-sided concessions, President Obama realized that he could not act on his promises without politically ruining himself at home.  More recently, in the “Arab Spring” President Obama and his advisers had seen a chance to align their promises with the demands of the Arab street.  Yet, as they had quickly discovered, simply following the crowds means to relinquish control over American foreign policy.  In this manner, condemned to helplessly hover between two irreconcilable forces, the president rendered the United States incapable of any leadership in the Middle East.

For the United States the first order of business in the Middle East is to rethink and gradually formulate a foreign policy that is free of ideological passions and stripped of second hand misconceptions.  As a rule, great powers that believe they can abandon their governing principles with impunity are sooner or later lose the political initiative.  It is from leadership alone that the United States will be able to draw its strength.  In the Middle East, only through the protracted demonstration of resolve can peace and prosperity be achieved.  Yet, leadership must not confuse flexibility with appeasement.  The Arab world must accept that the basic democratic principles are the universal norms of human existence and global coexistence.  The rhetoric of military annihilation of Israel, the practice of domestic terrorism, or the tolerance of radical Islam is, therefore, incompatible with the shared heritage of mankind.  Moreover, the deadlocked political, economic and social structures must be gradually transformed to allow a real Arab awakening.  Finally, barriers erected against free trade must be lifted mutually.  But for the time being, the United States must support its friends and allies and resist those who would prefer chaos over stability and desolateness over prosperity.