Freedom Centers Constitutional and Political Freedom The Berlin Wall Is Gone, but Its Lessons Remain ...

The Berlin Wall Is Gone, but Its Lessons Remain

Socialism is not cuddly or compassionate, and it has been tried many times, to ruinous effect. Will today’s young people have to learn this all over again? 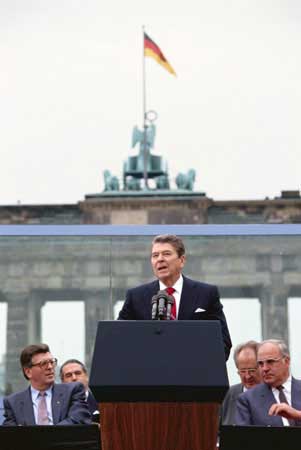 The Berlin Wall stood for 28 years until in 1989 a wave of citizen protest forced the East German Communist government to open its gates. We’ve now gone longer without the Berlin Wall than it existed.

As we marked the anniversary, on November 9, of its demise, I couldn’t help but recall with wonder how astonishingly quickly the ugly scar of the wall along with its guards, dogs, and mines were all swept away in a wave of euphoria.

I visited the Berlin Wall and crossed into East Germany several times during the 1980s while I worked at the Wall Street Journal. I will never forget the brave dissidents I met on the Eastern side who never accepted the wall, or the bureaucrats who ran the state machinery that sustained it.

While it now appears easy to simply divide the East German population into oppressors and the people they oppressed, I learned that the truth was a bit more complicated even for someone like me who grew up with anti-Communism in his bloodstream.

Here are some snapshots of people I met before the fall of the wall whom I will never forget.

One: Christa Luft, was the last person to serve as minister of economics in the East German government. Appointed just after the wall fell, she faced the daunting challenge of holding together a collapsing centrally planned economy. When I interviewed her just before Christmas 1989, I asked her how long East Germany could have preserved Communism if the wall hadn’t collapsed. With remarkable candor she said: “We had at most six months to a year.” The economy, she explained, was so inefficient at the end that if a machine tool broke down in Leipzig there would likely be no spare part available. A factory manager desperate to produce his quota of goods would often pay to have the needed part stolen for him from a factory in another city.

Excited to hear such a realistic explanation of the collectivist system, I then asked how the American CIA had possibly calculated that East Germany had a higher GDP than Ireland did, and indeed that West German per capita GDP was only 32 percent higher than East Germany’s. A clearly exhausted Christa Luft started to offer a rationalization and then gave up. “We lied,” she suddenly burst out. “But it wasn’t entirely our fault. You in the West believed our lies, and even gave us loans and other money based on our lies.” The wildly inaccurate economic statistics of the regime became so much a part of the system that even the ruling Communist Politburo members were not given the most accurate numbers.

Two: Peter Janz, who was the energetic first secretary of the East German Embassy in Washington during the 1980s and the point man for arranging interviews and journalist visas for me. He was always politem and he never engaged in attempts to peddle the more preposterous of Communist spin.

After the wall came down, he naturally wasn’t kept on by the German Foreign Ministry. I visited him a couple of years later after he’d settled down as owner of a video-rental store in Berlin. I asked him when he first realized that he was working for a regime that didn’t serve its people and was built on untruths.

He explained that as the son of Communist Party insiders, he had gone to high school in Moscow and been trained for a career as a top government official. But a school vacation trip he and four fellow East German classmates earned to the Baltic States changed his perspective.

He explained that he and his friends had been taught that Estonia, Latviam and Lithuania had all been liberated by Stalin from Nazi rule during World War II. They were now proud, loyal republics of the Soviet Union. But when he and his friends spoke Russian on the streets, they were met with hostile glares and suspicion by the local population. When they switched to German, they were approached by curious passersby and greeted warmly. “I suddenly realized my world was upside down. Nazis had indeed brutalized the Baltic States, but the Soviets had been at least as bad and stayed far longer,” he told me.

What did he do with this new knowledge, I asked him. He explained patiently that his options were limited: “I could become a dissident and give up hope of university or a career. I could leave my entire family and try to start over elsewhere. Or I could stay on my career path and try not to become too morally compromised and perhaps even do some good around the margins.” To those who would criticize his choice, he had a tart response: “People who’ve never grown up in a dictatorship should ask themselves how easily they would rebel against it and risk its full wrath,” he said. “Many of us have no idea how we would react until we are confronted directly with such choices.”

Three: Monica Stern, who was one of four teenage girls whom a German friend of mine and I encountered in 1984 while touring an East Berlin museum. Their teacher had brought them from a rural area to see their nation’s capital and had given them the afternoon off. My friend and I knew Berlin far better than they did, so we volunteered to be their tour guides.

By dusk it was time for my friend and I to return to the glittering lights of West Berlin. The girls came along to bid us farewell. They had never seen the Berlin Wall, but they sensed it was close. They stopped on a street corner and said, “We really shouldn’t go any farther. We are not Berliners. If we are stopped, the guards will ask us why we are so close to the border.”

As we stood in the growing darkness, a feeling of sadness came over me. I wasn’t rich, but I could go anywhere in the world from that street corner for a few hundred dollars. They could not go another 100 yards. Their world ended at the wall. They were trapped in a human zoo.

To keep the conversation going, I asked them what they wanted to be when they grew up. One said a beautician, one said a nurse, and one said a teacher. But the oldest and wisest, whose name was Monika, looked up at me and said very slowly: “It doesn’t matter what we become when we grow up. They will always treat us like children.”

That sentence really defined Communism in its waning years. People were rarely taken away to a political prison. Instead, there was an insufferable and widespread paternalism. It weighed down people’s spirits and prevented them from becoming what was the best within them.

We parted almost tearfully, exchanging addresses so we could swap postcards at Christmas. She wrote that her application for university studies had been rejected because of her views.

Five years later, in 1989, Monika turned 19 and the Berlin Wall came down. I watched in New York as East Germans crossed over, and I wondered if Monika and her friends were among them.

At about ten o’clock the next morning, the telephone rang. AT&T, already trying to introduce a consumer culture to the 84 percent of East Germans without a telephone, had set up phone kiosks near the wall. They gave prospective customers the chance to make a call anywhere in the world for free. Monika called me. Her first words were, “John, this is Monika. I am over the wall.”

We talked for a few minutes, and I reminded her of our talk on a street corner in East Berlin. “Well, does this mean you country has grown up, and you are no longer to be treated as children?” I asked. She responded with a laugh. “I think my entire country has graduated from kindergarten to high school overnight.”

Today, Monika is happily married and a successful veterinarian. But after more than a generation during which civics, Cold War history, and Communism were barely taught in American public schools, today’s young people know very little about this era.

Luckily, many Millennials either don’t understand what collectivism is, or they want “an imaginary, pure, democratic, cuddly socialism,” in the words of Daniel Hannan, a British member of the European Parliament. “Even where history has given us laboratory-condition experiments — East and West Germany, and Hong Kong and mainland China — they refuse to infer anything from them, airily dismission each actual instance of socialism as ‘not real socialism.’”

West Berlin’s fight for freedom is now part of history, but here’s hoping that the human-rights story of 2019 — the fight of another isolated “island of freedom” called Hong Kong to protect its institutions from an authoritarian takeover — similarly captures the attention of the world and prompts young people to better comprehend the difference between free and controlled societies.