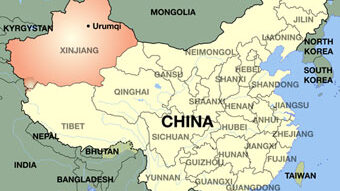 Between June 24 and July 22, National Security Adviser Robert O’Brien, FBI Director Christopher Wray, Attorney General William Barr, and Secretary of State Mike Pompeo gave a series of speeches on the China challenge. In mid-July — after the national security adviser’s and FBI director’s speeches but before the attorney general’s and secretary of state’s speeches — the State Department’s Commission on Unalienable Rights released a draft report.

The report examines the implications of the American Declaration of Independence, the U.S. Constitution, and the Universal Declaration of Human Rights for the place of human rights in American foreign policy. Focusing on principles rather than concrete policy controversies, the report provoked considerably more partisan rancor than the series of speeches by high-ranking administration officials about the need for the nation to address the Communist Party of China’s resolute efforts to marshal its dictatorial powers to undercut American interests and transform world order.

Perhaps the relatively restrained reception of the four speeches is a good sign: It may suggest an emerging national consensus about the urgency of the China challenge. Yet awareness of a daunting problem does not guarantee the capacity to deal with it effectively. The controversy over the commission’s report — indeed, the indignation and scorn directed by many politicians, pundits, professors, and NGOs at the very idea of allocating taxpayer dollars to regrounding U.S. diplomacy in America’s founding principles and constitutional responsibilities — reflects the nation’s disunity, a disunity that thwarts the planning and implementation of foreign policy.

Understanding the nation’s founding principles along with its governing structures and its international obligations is crucial to developing a prudent appreciation of the nation’s vital interests and the practicable means for achieving them. In a time of severe political polarization, moreover, such understanding can contribute to the reinvigoration of the social cohesion and political consensus, the civic concord, on which developing and executing a demanding foreign policy has always depended.

The administration’s recent series of speeches about China stresses the connection between governing ideas and foreign policy, for China as well as for the United States.

In his June 24 speech at the Arizona Commerce Authority in Phoenix, O’Brien ascribed “the greatest failure of American foreign policy since the 1930s” — the failure “to understand the nature of the Chinese Communist Party” — to the refusal to “pay heed to the CCP’s ideology.” The CCP’s ruthless indoctrination of its own people and promulgation of deceitful propaganda abroad, along with its purchasing and stealing of personal data about Americans and hundreds of millions around the world, flows from communist convictions: “Under communism, individuals are merely a means to be used toward the achievement of the ends of the collective nation state,” said O’Brien. “Thus, individuals can be easily sacrificed for the nation state’s goals.” In contrast, the United States, “will stay true to our principles — especially freedom of speech — which stand in stark contrast to the Marxist-Leninist ideology embraced by the CCP… and above all, continue to proclaim that all women and men are entitled by right of God to liberty, life, and the pursuit of happiness.”

In his July 7 remarks at the Hudson Institute in Washington, Wray focused on the threat posed by China’s counterintelligence operations and economic espionage. American citizens, according to Wray, “are the victims of what amounts to Chinese theft on a scale so massive that it represents one of the largest transfers of wealth in human history.” By means of a “whole-of-state effort,” China uses technology to steal personal and corporate data “to become the world’s only superpower by any means necessary.” Because communism erases the distinction between government and party, public and private, and civilian and military, the CCP can concentrate prodigious resources to exploit U.S. freedom and openness to erode American competitiveness and prosperity. The United States, maintained Wray, must redouble its commitment to enforcing criminal laws and upholding international norms: “The FBI and our partners throughout the U.S. government will hold China accountable and protect our nation’s innovation, ideas, and way of life — with the help and vigilance of the American people.”

In his July 17 speech in Michigan at the Gerald R. Ford Presidential Library & Museum, Barr summarized the predatory commercial practices by which China has cornered markets, induced economic dependence, and transformed the international order to advance its hegemonic interests. In particular, Barr emphasized that Beijing has impelled American enterprises to toe China’s party line. Hollywood alters the content of its films to avoid offending the CCP. Apple removed a news app from the phones it sells in China because of CCP displeasure over the app’s coverage of the Hong Kong democracy protests. Under pressure from Chinese influence campaigns threatening the loss of access to China’s enormous markets, American business leaders of all sorts “put a ‘friendly face’ on pro-regime policies.” And American higher education and research institutions face, and in many cases have succumbed to, China’s determined efforts “to infiltrate, censor, or co-opt.”  To counter the China challenge, Barr calls on corporate and academic leaders to appreciate “that what allowed them to succeed in the first place was the American free enterprise system, the rule of law, and the security afforded by America’s economic, technological, and military strength.”

In his July 22 capstone speech at the Nixon Presidential Library and Museum in California, Pompeo distilled the China challenge: “China is increasingly authoritarian at home, and more aggressive in its hostility to freedom everywhere else.” Stressing that America’s quarrel is with the Chinese Communist Party, which governs dictatorially, and not with the Chinese people, whose human rights the CCP systematically violates, Pompeo maintained that the United States must change China’s behavior. To do so the U.S. must fully understand Chinese communism, which drives the regime’s quest for global hegemony. To be sure, “the only way to truly change communist China is to act not on the basis of what Chinese leaders say, but how they behave.” But how Beijing behaves becomes intelligible in light of what the CCP says at party gatherings and in official documents about the imperatives for totalitarian rule at home and the establishment beyond China’s borders of a worldwide tributary system with Beijing at the center. Because of China’s hegemonic ambition, formidable economic power, and unremitting military buildup, Pompeo asserted, “securing our freedoms from the Chinese Communist Party is the mission of our time, and America is perfectly positioned to lead it because our founding principles give us that opportunity.”

But will we seize that opportunity? Can an angry and divided nation draw on its founding principles and constitutional traditions, as the secretary of state asked the Commission on Unalienable Rights to do? Can citizens across the political spectrum take pride in, preserve, and carry forward America’s great achievements in respecting the nation’s founding principles while learning from the country’s flagrant deviations from them? Can people throughout the nation recover the conviction that the practice of American constitutional government and the belief that inspires it — that all are by nature free and equal — provide the common ground on which citizens of diverse persuasions can air their differences, accommodate competing perspectives, make their cases, and instruct and be instructed, and so rededicate themselves to the shared enterprise of self-government?

To rise to the China challenge, we must.