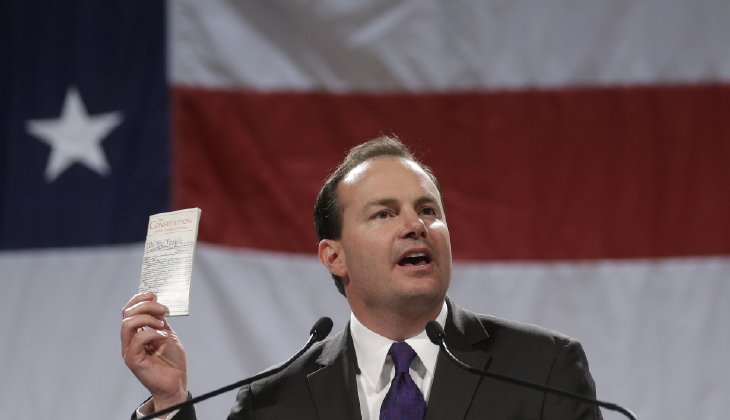 This Thursday, after months of hard work, a bipartisan group of senators and I introduced the Sentencing Reform and Corrections Act of 2015.

Most people, including many conservatives, might think criminal justice reform is a progressive cause, not a conservative one.

But, like many pearls of conventional wisdom, this is simply untrue.

Just look at the history of criminal justice in the 20th century. The most successful reformers — whether they be academics or evangelists, policymakers or community leaders — have advocated for conservative goals: law and order built on tight-knit communities, a vibrant civil society, strong, intact families and personal responsibility.

Listening to some of the rhetoric on the Left today, however, you’d think our criminal laws and penal system are not just in need of reform, but are fundamentally – if not intentionally – unjust and discriminatory.

In a recent speech, President Obama spoke about the “long history of inequity in the criminal justice system in America” – as if the problems today were no different than the problems of the 1990s, the 1970s or the 1950s.

And it’s not just the Left’s sweeping indictment of the entire system that’s unappealing to conservatives. Many of the so-called reforms offered by progressives seem more concerned with lowering the incarceration rate than lowering the crime rate.

But, as criminal law scholar Stephanos Bibas puts it, “just because liberals are wrong does not mean the status quo is right.”

The problem today is not simply that penalties are too harsh or sentences too long — though in many cases they are.

The problem is that, over the past several decades, we have industrialized and bureaucratized our criminal, judicial and penal systems.

Which is to say, we’ve turned them into unaccountable, short-sighted, input-oriented, self-interested institutions — immune to common sense — that treat offenders as statistical cases rather than human beings.

For conservatives, criminal justice reform is not a venue for the airing of ideological grievances or the testing of fashionable theories. It’s about helping our communities stay as safe and secure as possible, while infringing as little as possible on the God-given, equal rights of all Americans and their pursuit of happiness.

It’s about designing our laws, our court procedures and our prison systems on the basis of a clear-eyed and time-tested understanding of human nature — of man’s predilection toward sin and his capacity for redemption — as well as an uncompromising respect for the fundamental dignity of the human person.

Criminal justice reform, properly understood, is an invitation for principled conservatism at its best.

Our bill expands judicial discretion, so judges can treat offenders like human beings, not statistics, and punish them according to their particular circumstances, instead of indiscriminate bureaucratic guidelines.

It broadens the federal “safety valve” — a provision that allows federal judges to sentence a limited number of offenders below the mandatory minimum sentence.

The bill also improves the quality of our federal prison system, so that we have fewer first-time offenders turning into career criminals. It will expand inmates’ access to vocational training, therapeutic counseling and reentry services that help offenders who have fulfilled their sentences return to their families, their communities, and lawful, steady jobs.

Reforming our federal criminal justice system doesn’t require us to avert our eyes from a person’s crimes, or make excuses that blame someone, or something, else for the choices he made.

No, it requires looking squarely at the facts of the case, no matter how ugly or wicked; holding offenders directly and personally accountable for their crimes; and devising a punishment that fits both the crime and the criminal.

We do this all the time in our daily lives when we recognize the humanity of hating the sin, not the sinner. It’s called forgiveness.

Forgiving is not the same thing as excusing. Nor is it incompatible with punishment.

Forgiveness requires assigning blame and, when necessary, imposing punishments — which is to say forgiveness requires treating offenders as morally responsible individuals — as human beings who, like the rest of us, have the propensity for vice and for virtue, and who must be held accountable for their choice of one or the other.

This is why I’m involved — and invite you to join me — in the conservative movement for criminal justice reform.

Mike Lee is a Republican senator from Utah.