The Crisis of American Democracy

Weakening the fabric of America's constitutional system of government is not a useful or helpful political strategy. Those who practice this craft are enemies of America who only endanger our stability for petty political gain. 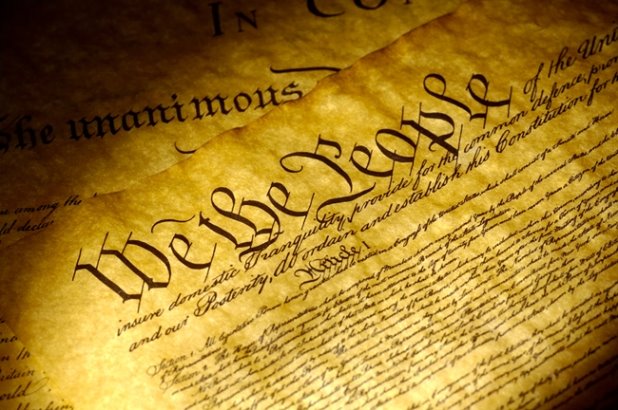 At this time of its history the United States of America finds itself in the midst of a great crisis.  None of the present players in politics, Republicans, Democrats, the media, and the numerous special interest groups honestly desire to represent and promote the national interests.  In spite of their control of both Houses of Congress and the White House, the Republicans are divided into factions, rendering the establishment of coherent domestic and foreign policies nearly impossible.  The Democrats, still reeling from their resounding defeat in last November and unable to explain for themselves their political irrelevance, chase the mirage of some entitlement and even divine right to power.  The written as well as the electronic media have transformed themselves from trusted vehicles of news distribution into the instruments of political, social, and cultural demagoguery, justifying their irresponsible actions by their constitutional right to use their mouths and pens destructively.  The special interest groups are blinded by their exclusive agendas and supporting their one-sided theories of absolute rights by their extremism.

The entire political situation is an extremely discouraging one and thus far the Trump Administration has not taken full control over the government.  The United States of America therefore remains divided between the political shenanigans of the Republicans and the unprincipled obstructionism of the Democrats who act as though they are in the possession of an absolute truth, yet are devoid of any political strategy whatsoever.  Under these abysmal circumstances it is almost impossible to develop rational policies and to gain the support of the people who are becoming increasingly disgusted with all three branches of the federal government.  As never before in the history of this country, the government and the people are shut inside a vicious circle that becomes tighter and tighter with every passing day.

Is there an escape from this situation?  Should the present irresponsibility of the politicians lead to a global catastrophe?  Not necessarily.  Donald J. Trump was elected on November 8, 2016, according to the constitution and the laws of the United States of America.  He has the authority of popular elections that supported every government since the establishment of the Republic.  Consequently, without any doubt, he is the legitimate President of the country.  Delegitimizing him, as the Democrats have attempted to do since the very beginning, is unconstitutional, illegal, and undemocratic.  More importantly, the President’s opponents aim at destroying the rule of law upon which a stable, just, and enduring political and legal order is based.  They and not President Trump are the enemies of democracy.

Claiming collusion with the Russians in the electoral process is a bogus argument, lacking any basis in fact.  Collusion is not the same thing as contact or interaction, yet partisans pretend that they are synonyms. Asserting that President Trump is unfit for the office, because of his rhetorical shortcomings is more than ridiculous. Attempts to scandalize his every statement or action are preposterous.

What these useless idiots of American politics do not understand is that the legitimacy of the United States’ institutions, including its elections, are the main reasons for the strength and the might of this Union.  Moreover, they do not grasp that the stability of the constitutional order, in spite of innumerable challenges and conflicts, is the greatest achievement and the rarest exception of the last three centuries.  Finally, by lying to the American people and by providing disingenuous ammunition to those abroad who envy or oppose the United States, these partisans only engender hatred and chaos both domestically and internationally.  And they weaken the fabric of America’s constitutional system of government.

The Left should stop damaging America for partisan gain. But sadly, they will not stop. The see a chance to score a few cheap political points. The harm they do to the fabric of political culture is of little concern to them. Thus, President Trump and the Republican Congress must put a decisive stop to this idiocy.  They must take advantage of their mandates from the American people and reaffirm the bond that President Trump has forged during the presidential campaign.  Obstruction and resistance for the sake of gaining power by circumventing the constitutional order is absurdly harmful and iniquitous.  These tactics are based on lies and innuendo and are inherently harmful, not to one party or the other, but to the nation.  These tactics must be stopped and their practitioners must be defeated decisively.  The alternative is global paralysis and the threat of becoming incapable of ensuring order at home and in the world.