The Dems and climate change: a ship of fools!

They want to fix a false problem with solutions that don’t work! 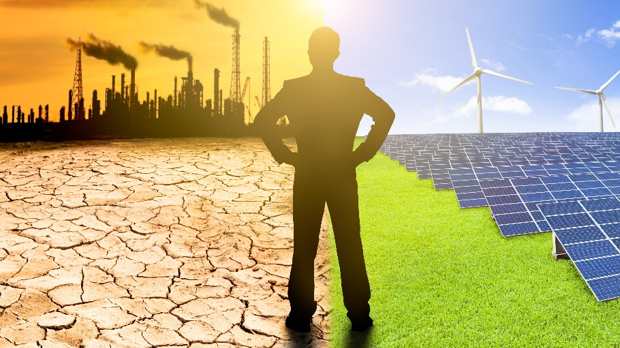 One of the pillars of the internationalist world view that is solemnly proclaimed by the establishment is the dogma of climate change – what it is and how to fix it.

This view is accepted aa a fixture by such institutions as the United Nations and many national governments, including until recently, the United States government. We can thank President Trump for rejecting this nonsense. He withdrew the USA from the Paris Accord (which was negotiated by the Obama Administration, but never submitted to the Senate and therefore not ratified by the USA).

Most Democrat presidential candidates want to eliminate fossil fuels in 10 years although the entire world depends on fossil fuels for survival, and there is no comparable substitute for fossil fuels. Windmills are not only inconsistent, but they also create new environmental hazards. Solar panels seem to have a place for supplementary energy production, but they are not transportable or suitable for transportation.

Even their statement of the problem is out of date. Nobody can look at the violent weather we have been experiencing and doubt that the climate is changing. But when has it ever not been changing? As far back as records go there have been changes in the climate. Remember the Ice Age?

Yesterday the scientists were telling us that there is global warming and the polar ice cap is melting. If that were true, battery-driven cars wouldn’t help us much. The first thing to do would be to move all the seaside structures to higher ground (as Andrew Yang has recommended). But we see large numbers of people who won’t even move their towns away from flood plains after being flooded out every other year. How are we going to move New York City or Los Angeles inland?

Luckily. more recent data are showing that the ice cap isn’t melting anymore. Not only that, but after the Club of Rome’s first two reports (1972 & 1976) scared us all with the idea that pollution is the common enemy of all mankind but was controllable by human carbon emissions, the more sober climatologists have begun to assert that human intervention is vastly overrated. In fact, humans can’t change the weather; that’s just common sense. (In 1996, The Club of Rome admitted that “pollution” was actually used in their early reports as merely an intellectual construct aimed at uniting nations to rally to their cause).

It is true that air, water and food pollution are dramatically affected by human waste and therefore controllable by humans. But most of the damage in today’s world is done by the thickening of the world’s ozone layer (between the sun and the earth’s surface) which in turn is exacerbated by increased emissions of carbon dioxide. These emissions apparently are affected by the burning of fossil fuels like coal and petroleum products such as gasoline and fuel oil.

The most prolific producers of these pollutants are developing nations which were not even included in the Paris Accords’ quotas. It was basically an agreement by which the USA would pay for as much of the world pollution as India and China wanted cleaned up. Every Democrat running for the presidency vows to reinstate the Paris Accord.

The actual situation in the USA and the world was summarized in a press release from the UN’s International Energy Agency (IEA) as follows:

In fact, the International Energy Agency (IEA) found that the U.S. decrease in emissions was the largest total of any country, at 140 million tons. It also noted that over the last 20 years, U.S. emissions have decreased nearly one gigaton (1 billion metric tons).

The distribution of global activity is in the IEA release:

“A significant decrease in emissions in advanced economies in 2019 offset continued growth elsewhere. Emission in the European Union fell by 160 million tons, or five percent, driven by reductions in the power sector. For the first time ever, natural gas produced more electricity than coal and wind-powered electricity nearly caught up with coal-fired electricity. Japan’s emissions fell by 45 million tons, or around 4 percent, as output from newly restarted nuclear reactors upticked this year. Emissions in most of the rest of the world grew by nearly 400 million tons in 2019, with almost 80 percent coming from countries in Asia where coal-fired power generation continued to rise.” (IEA, 2/11/2019)

Thus, not only is the USA already doing its part to alleviate the effects of ozone pollution, but so are many other countries. The “existential crisis” of which Bernie Sanders so often speaks does not exist.

This is not to say that nothing more should be done about ozone pollution. The old saying applies: “Because you can’t do everything doesn’t mean you should so nothing.” We can and should do what we can to affect this problem. But our efforts are necessarily limited. For example, we can’t stop volcanoes from releasing more pollution in a day than humans can in weeks if not years. Our ancestors successfully adapted to continuous, sometimes drastic, weather changes. So can we.

I have argued elsewhere that a new set of ethical standards with respect to the world around us should be formed. Traditional Western religion teaches us that all other creatures exist for use by humans. I believe that modern science has given us another view of the complexities of the world. We must learn to treat this world with more respect and more consideration.

Appreciation for the beauty and brilliance of the world God has given us is a good first step. Crying WOLF! WOLF! is not.