The Drop In Oil Prices: Good Or Bad? 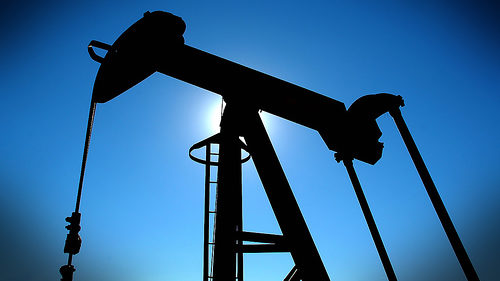 Crude oil prices fell dramatically over the weekend. Between March 4 and March 9, Brent crude, the international benchmark, fell from $51.13 to $34.36 per barrel, a drop of 32.8 percent. As of this writing (the afternoon of March 10, EDT), the price has recovered to $36.89 per barrel.  The price of U.S. West Texas Intermediate crude, the standard measure of U.S. oil prices, fell from $46.78 on March 4 to $31.13 on March 9, a drop of 33.5 percent. Pippa Stevens at CNBC wrote that “U.S. West Texas Intermediate crude and international benchmark Brent crude are both pacing for their worst day since 1991.”

A most useful principle I learned in my Ph.D. economics program at UCLA, about which Professor Benjamin Klein never failed to remind his students, is “Never reason from a price change.” Scott Sumner, an economist at the Mercatus Center and one of my co-bloggers at EconLog, often points that out in his posts.

Let’s apply that lesson here. There are three (and only three) reasons that oil prices drop: (1) demand decreases, (2) supply increases, or (3) the monopoly power of oil producers falls.

When economists say that demand decreases, we mean something very specific—that at any given price, the amount demanded decreases. There are two main ways that can happen: a slowing of the world economy or an increase in the supply of a substitute.

If the world economy slows—and it certainly looks as if it has slowed, or will, due to the COVID-19 virus and people’s reaction to it—the demand for oil will fall. With a given supply, that will cause the price of oil to fall. The fall in the price of oil is not bad per se; rather, it’s a consequence of something bad, namely, the slowing of the world economy. And it certainly appears that a fall in demand due to a slowing economy caused prices to fall before last weekend. But it’s unlikely that there was a sudden fall in demand last weekend. We have to look elsewhere.

The other possible cause of a fall in the demand for oil is an increase in the supply of a substitute for oil. If, for example, solar or nuclear energy became more competitive, the demand for oil would fall. In that case, the fall in oil’s price would be a sign of something good happening in the economy. Did solar, nuclear, or any other energy source suddenly become more competitive over this weekend? No.  So that’s not it.

How about an increase in supply? If supply increases, then, with a given demand, prices will fall. Notice that I’m using the word “supply” to mean not the quantity supplied, but the whole supply curve. When an economist says that supply increased, he means that at any given price, the quantity supplied has increased. The whole supply curve has shifted to the right. This sounds wonky and may remind you of an old economics class in which the professor insisted on the distinction between a shift in supply and a movement along a stable supply curve. But here we need a little wonkiness to help us analyze.

But there were no major discoveries of oil or breakthroughs in technology over the weekend that would cause the supply to increase. So that’s not what drove prices down.

There’s one culprit left: a decrease in monopoly power. If buyers and sellers in the stock market think that a major monopolist in the world market has lost market power, the world price of oil will fall. So let’s look more carefully at OPEC to see what went on last weekend.

First, recall that OPEC is a cartel. Government officials of the member countries get together and try to agree on a price. They want a price above what the competitive, non-colluding price would be. To achieve that cartel price, the members must produce an output below the output they would ideally like to produce. Each firm or, more accurately, government (since we’re talking about OPEC) would like to produce more and have every other country produce less. The members of OPEC meet regularly in Vienna to hash out their differences and try to reach an agreement. This time, though, there was real tension between Saudi Arabia’s desires and those of Russia. OPEC lists its members on its website, and although the Russians attended the latest meeting, and typically attend OPEC meetings, Russia is not, and never has been, an OPEC member.

Saudi Arabia is the most important OPEC producer; Russia is the most important non-OPEC producer that attends the meeting. This time, the Saudis and the Russians had a big disagreement. The Saudis wanted to slow or stop the price erosion that had happened due to the drop in demand by cutting output: that of OPEC members and that of other countries that attend OPEC meetings but are not members. The Russians wanted the output cut too but didn’t want to be the ones doing the cutting. As CNBC’s Brian Sullivan put it on Friday, they wanted to have their cake and eat it too. In that respect, the Russians are like the non-Saudi members of OPEC: all of them want the Saudis to cut output. Although the violin I will play for the Saudis’ predicament is very tiny, it is true that they have traditionally been the “swing producer:” the country that sucks it up and reduces output to maintain the price while many other members of the cartel cheat like crazy. At times, the Saudis have produced as little as 4 million barrels a day to support the price; at other times, they have said the hell with it and have produced as much as 10 million barrels per day.

This time the Saudis said the hell with it. They will produce more and the Russians will produce more. Thus the lower price. And it doesn’t take a whole lot more production to drop the price. The reason is that the demand for oil is inelastic: a one percent increase in output will lead to a ten percent drop in price. So all it takes for a 30 percent drop in price is a three percent increase in output.

Is it bad that the price of oil will drop due to a reduction in monopoly power? No, it’s good. Ever since the fall of 1973, when OPEC raised the world price of oil from $3 per barrel to $11, OPEC has had some monopoly power in the world oil market. This causes the price to be higher than the competitive price would be and we oil users respond by using less oil than we would use at that lower competitive price. When the monopoly power comes about, not due to innovation or invention, but due to collusion, as with OPEC, economists almost unanimously object to monopoly: it holds output off the market for which consumers would pay an amount greater than the cost of production. This underproduction causes what economists call a “deadweight loss,” a loss to consumers that is not captured by producers. That’s what OPEC does. In his article on monopoly for The Concise Encyclopedia of Economics, the late Nobel Prize winner and University of Chicago (and Hoover) economist George Stigler laid out the reasoning behind deadweight loss.

So the cut in the price brings the world oil market closer to the competitive price.

But something important has happened in the last decade: fracking. As I noted in my most recent Defining Ideas article, fracking substantially increased the U.S. supply of oil and natural gas. In December 2019, the United States became, for the first time since 1949, a net exporter of oil. So the drop in prices is bad for the U.S. economy as a whole: the loss to the producers will exceed the gain to consumers. But it’s only slightly bad because the United States is barely a net exporter.

For the world economy as a whole, then, the drop in oil prices due to demonopolization is a net plus. That should be no more surprising than the fact that the increase in competition in the retail sector is a net plus.

So why has the stock market fallen so much? Part of the reason is, no doubt, the increased panic, possibly justified, about the loss in output due to the Covid-19 virus. You might expect that if the only event affecting the stock market was OPEC’s temporary loss in monopoly power, the losses to industries that produce energy would be only slightly larger than the gain to industries that use energy as an input. But that ignores the fact that a large percentage of the gain from the drop in price is to final consumers, and most of us consumers don’t sell stock in our wealth. There’s no stock called David Henderson, Inc., for example. So a large part of the gain is not visible on the stock market.

French economist Frederic Bastiat wrote, back in the 1840s, that we should always take account of the unseen as well as the seen. The seen is the stock market losses of energy producers. The unseen is the gain to ultimate consumers.

We don’t know what will happen in the next few months, either with the Covid-19 virus, the world economy, the stock market, or oil prices. As Danish physicist Niels Bohr said, “Prediction is very difficult, especially about the future.” But we should be clear that the drop in oil prices due to OPEC’s loss of pricing power is a gain to the world, and close to a wash for the United States.