The Downside of Inciting Envy 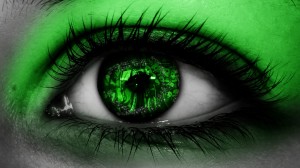 The Irish singer Bono once described a difference between America and his native land. “In the United States,” he explained, “you look at the guy that lives in the mansion on the hill, and you think, you know, one day, if I work really hard, I could live in that mansion. In Ireland, people look up at the guy in the mansion on the hill and go, one day, I’m going to get that bastard.”

Alexis de Tocqueville phrased it a little differently, but his classic 19th-century text contains the same observation. Visiting from France, he marveled at Americans’ ability to keep envy at bay, and to see others’ successes as portents of good times for all.

For decades, survey data has supported the Bono-Tocqueville Hypothesis. The 2006 World Values Survey, for example, found that Americans are only a third as likely as British or French people to feel strongly that “hard work doesn’t generally bring success; it’s more a matter of luck and connections.” This faith that success flows from effort has built America’s reputation as a remarkably unenvious society.

Does it matter? It does indeed, when it comes to our pursuit of happiness. As the essayist Joseph Epstein puts it, “Of the seven deadly sins, only envy is no fun at all.”

Unsurprisingly, psychologists have found that envy pushes down life satisfaction and depresses well-being. Envy is positively correlated with depression and neuroticism, and the hostility it breeds may actually make us sick. Recent work suggests that envy can help explain our complicated relationship with social media: it often leads to destructive “social comparison,” which decreases happiness. To understand this, just picture yourself scrolling through your ex’s wedding photos.

My own data analysis confirms a strong link between economic envy and unhappiness. In 2008, Gallup asked a large sample of Americans whether they were “angry that others have more than they deserve.” People who strongly disagreed with that statement — who were not envious, in other words — were almost five times more likely to say they were “very happy” about their lives than people who strongly agreed. Even after I controlled for income, education, age, family status, religion and politics, this pattern persisted.

It’s safe to conclude that a national shift toward envy would be toxic for American culture.

Unfortunately, in the wake of the Great Recession, such a shift may well be underway, given the increasing anxiety about income inequality and rising sympathy for income redistribution. According to data from the General Social Survey, the percentage of Americans who feel strongly that “government ought to reduce the income differences between the rich and the poor” is at its highest since the 1970s. In January, 43 percent of Americans told the Pew Research Center that government should do “a lot” to “reduce the gap between the rich and everyone else.”

Why the shift? The root cause of increasing envy is a belief that opportunity is in decline. According to a 2007 poll on inequality and civic engagement by the Maxwell School of Citizenship and Public Affairs at Syracuse University, just 30 percent of people who believe that everyone has the opportunity to succeed describe income inequality as “a serious problem.” But among people who feel that “only some” Americans have a shot at success, fully 70 percent say inequality is a major concern.

People who believe that hard work brings success do not begrudge others their prosperity. But if the game looks rigged, envy and a desire for redistribution will follow.

This is the direction we’re heading. According to Pew, the percentage of Americans who feel that “most people who want to get ahead” can do so through hard work has dropped by 14 points since about 2000. As recently as 2007, Gallup found that 70 percent were satisfied with their opportunities to get ahead by working hard; only 29 percent were dissatisfied. Today, that gap has shrunk to 54 percent satisfied, and 45 percent dissatisfied. In just a few years, we have gone from seeing our economy as a real meritocracy to viewing it as something closer to a coin flip.

How can we break the back of envy and rebuild the optimism that made America the marvel of the world?

First and foremost, we must increase mobility for more Americans with a radical opportunity agenda. That means education reform that empowers parents through choice, and rewards teachers for innovation. It means regulatory and tax reform tailored to spark hiring and entrepreneurship at all levels, especially the bottom of the income scale. It means recalibrating the safety net to ensure that work always pays — such as an expansion of the earned-income tax credit — while never disdaining the so-called dead-end jobs that represent a crucial first step for many marginalized people.

Second, we must recognize that fomenting bitterness over income differences may be powerful politics, but it injures our nation. We need aspirational leaders willing to do the hard work of uniting Americans around an optimistic vision in which anyone can earn his or her success. This will never happen when we vilify the rich or give up on the poor.

Only a shared, joyful mission of freedom, opportunity and enterprise for all will cure us of envy and remind us who we truly are.

Arthur C. Brooks is the president of the American Enterprise Institute. His article was published in The New York Times.