The Economic Blowback If California’s Independent Contractors Are Eliminated 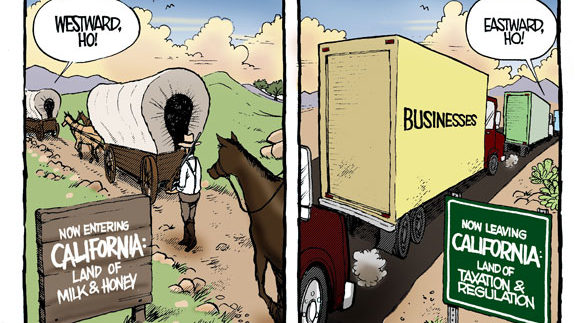 Are you looking to hire a gardener, housekeeper, handyman? Be careful, because according to this new bill, all these people may be required to be treated as your formal employees.

This is an incredibly dangerous bill, and not just for gig-economy companies such as Uber and Lyft. Following the bill’s passing in the state senate, media headlines trumpeted “Big Win for Labor,” but this is about as misleading as can be. Rather, this bill is likely to be a big loss for most everyone other than unions, politicians who are supported by unions, and the state’s unemployment and disability reserves. And the biggest losers will be those whom the bill’s “winners” claim to support: immigrants, workers without advanced education, lower-income households, and women, who often require much more flexible schedules than men.

Sharply curtailing the use of independent contractors will raise business costs, which in turn will raise prices, reduce demand, increase business failures, and depress economic activity. When analyzing economic policies, there is no more of an inconvenient truth than the laws of supply and demand, which tell us that this bill will be a huge negative for the State. But the bill’s supporters are turning a blind eye to this.

Higher business costs will not be due to businesses that previously were “exploiting workers and shirking their social responsibilities,” as has been frequently argued by supporters of the bill, including Newsom. Rather, app-based businesses will have to completely change their organizational structure and create entirely different business plans.

App-based businesses such as Uber and Lyft are rightly concerned, because forcing them to hire their independent contractors as formal employees requires them to depart sharply from what they currently do, which is to create proprietary software that matches drivers with riders, and manage how that software is used.

Instead, Uber and Lyft will now become taxi companies, in which they will need a much larger human resources department, as well as a scheduling and strategy department to figure out where to send drivers and when. They would need to deal with the myriad issues that arise when managing employees, including determining which drivers get peak-demand schedules, such as Friday nights, and which get low-demand schedules, such as Sunday mornings.

Not surprisingly, Uber and other app-based companies have pledged $90 million to fight this bill should it become law.

There is no doubt that the costs of complying with this bill will be much higher for gig-economy businesses such as Uber. An important reason this bill is so dangerous is that much of our recent economic growth is from these gig-economy businesses. Forbes estimates that roughly 36 percent of today’s workers are in the gig economy, accounting for about 57 million US jobs.

These 57 million jobs have been created in just the last 10 years. The Great Recession was kept from being much worse because the gig economy developed around the same time and created new and much-needed economic opportunities when jobs across many traditional sectors, including autos, construction, and finance, were plummeting.

Governments should be thanking those who took enormous risks, particularly at the time of the Great Recession, to create these entirely new app-based businesses. They are now a fundamental part of the US economy and are creating substantial new economic opportunities, as well as providing new services that consumers desire.

But instead, California is risking killing the goose that laid those 57 million golden eggs. It is hard to conceive of a worse state-level economic policy that realistically could become law.

So who benefits from this? It is potentially a win for unions, who want the bill because it creates a large new pool of potential union members. I say “a potential win,” because unionization in the private sector is now below six percent, and there is no reason to expect that trying to unionize gig businesses will be any different. And since unions want the bill, it is no surprise that state lawmakers, who are supported by unions, want it.

Another Uber driver, one who supports the bill, claims that his pay is too low, and hopes that this reclassification will increase his pay. And Uber, which lost $5 billion last year and is currently laying off some of its professional staff, might agree with him that his driving services are undervalued. But what matters is the market value that riders – not rideshare drivers – place on this service. Rideshare drivers who support this bill may very well be in for a negative surprise if this bill becomes law.

Not so long ago, this bill would not have seen the light of day in California. At one time, state political leaders understood that their job was to promote freedom and economic opportunities for all. Sadly, this is no longer the case, and the most vulnerable in the state are the ones who will lose the most if this bill becomes law.