Freedom Centers Constitutional and Political Freedom The End of the Reagan Era? ...

The End of the Reagan Era? 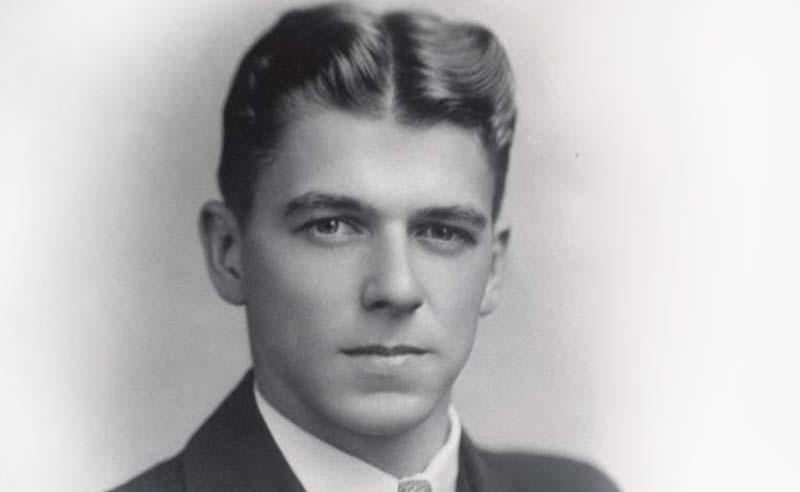 “The Reagan vision and values are already here, ready to be tapped and again prevail.” 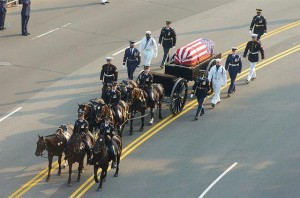 With Barack Obama’s second inauguration, liberals are touting an altogether new epoch: the end of the Reagan era.

Unfortunately, I believe they are largely correct. We are witnessing a period of left-wing ascendance, marked by gay marriage, forced taxpayer funding of abortion, an exploding government class, and big government. As to the latter, Ronald Reagan had declared in his first inaugural: “government is not the solution … government is the problem.” The first Democrat to follow Reagan, Bill Clinton, similarly stated “the era of big government is over.” Clinton’s affirmation was also affirmation of the Reagan era.

Then came Barack Obama. Just days after his 2009 inauguration, Obama proclaimed: “the federal government is the only entity left with the resources to jolt our economy back into life.” He said “only government” could alter our “vicious cycle.” Obama had repudiated Reagan, and the electorate would again reward him four years later. What Obama called for in 2009 seems to be the new American spirit in 2013.

But is it? Well, the answer is complicated.

For one, Barack Obama is undoing the Reagan era courtesy of an American public that exhibits utterly schizophrenic voting behavior. Let history record a confounding reality that will baffle future historians: The Obama era supplanted the Reagan era thanks to a voting public that adores Reagan, judges him our greatest of presidents, and overwhelming calls itself conservative rather than liberal. All unbelievable, yes, but true. Consider the facts:

For a long time now, starting with the Reagan presidency, Americans have described themselves as “conservative” rather than “liberal” by margins of roughly two-to-one. Generally, self-identified liberals have hovered around the 20 percent level, while conservatives have ranged in the upper-30 percent, sometimes above 40 percent. Surely this must have changed in 2008, with Obama’s election? No, despite Obama winning the presidency by 54 to 46 percent, 21 percent of Americans who voted said they were liberal vs. 38 percent who said they were conservative.

If that seems contradictory for a nation that voted for a man from the far left as president … well, it is. But it gets worse.

A major Gallup poll conducted from January to May 2009, at the height of “Obama mania,” found more self-described conservatives than liberals not only by 40 percent to 21 percent but in literally all 50 states. That’s correct, all 50 states, from California to Massachusetts. And that electorate chose Obama. It also chose Reagan. During that same period, a remarkable survey was done by Clarus Research Group, which asked Americans which president should be the model for Barack Obama in shaping his presidency. Their top choice was America’s most conservative president: Ronald Reagan.

How could that be? Answer: it cannot. It is impossible.

And yet, it isn’t a shock that Americans would look to Reagan as their model. Two years after the Clarus survey, a Gallup poll released for Presidents Day 2011 ranked Reagan the “greatest president” of all time, garnering 19 percent of the vote among 44 presidents, beating Lincoln fairly soundly, who finished second at 14 percent. Gallup began asking the “greatest president” question in 1999. Of the 13 times Gallup has done the survey, the public placed Reagan first four times—2001, 2005, 2011, and 2012.

Well, maybe this long admiration for Reagan conservatism suddenly changed in November 2012? No, though liberals did draw a little closer. According to CNN exit polling, 35 percent of voters on November 6, 2012 described themselves as “conservative” and 25 percent chose “liberal.” This was identical to a Pew poll.

Importantly, some observers dispute these self-designations, insisting that many of those who call themselves conservative really aren’t. Here and there, that may be true. Overall, however, I think the designations are fairly accurate. When you break down the data, and ask questions like whether voters prefer more taxes and more government, they generally don’t—even when they vote that way.

So, what does all of this mean? It means that a self-described conservative, Reagan-loving electorate has twice voted for a hardcore leftist, Barack Obama, to, in effect, end the Reagan era. That wasn’t the intent, but that’s the result.

I’ll end with a dose of Reagan optimism: It also means that the Reagan ideal is not over. I believe that most Americans (for now) still prefer Reagan’s principles and view of government over Obama’s. The Reagan principles are ultimately time-tested and true; they are the universal, unalienable principles of the Founders, rooted in eternal Judeo-Christian beliefs and Natural Law. The Reagan vision and values are already here, ready to be tapped and again prevail. They merely require the right spokesman, and Barack Obama’s exit from the presidency.

Dr. Paul Kengor is professor of political science at Grove City College, executive director of The Center for Vision & Values, and author of books such as, “The Crusader: Ronald Reagan and the Fall of Communism.” Note: A longer version of this article first appeared at American Spectator.