Freedom Centers Economic Freedom The EPA wants government to control how cold your ... 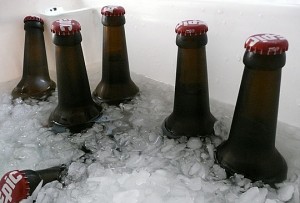 So far, manufacturers are not required to include the feature, only “encouraged,” and consumers must still give permission to turn it on. But with the Obama administration’s renewed focus on fighting mythical climate change, we expect it to become mandatory to save the planet from the perils of keeping your beer too cold.

“Manufacturers that build in and certify optional ‘connected features’ will earn a credit towards meeting the Energy Star efficiency requirements,” according to an EPA email to CNSNews.com.

We are both intrigued and bothered by the notion that a utility company, the regulated energy sock-puppet of government, could and probably will have the power to regulate the power we use and how we use it, as long as we’re paying our electricity bills, even to the point of turning these devices and appliances off at will.

We’re reminded that former EPA director Carol Browner was a big fan of the smart grid and its potential ability to monitor and control power usage down to the thermostat in your home.

“Eventually,” she told U.S. News & World Report in 2009, “we can get to a system when an electric company will be able to hold back some of the power so that maybe your air-conditioner won’t operate at its peak.”

The same year, President Obama, who had won election on a pledge to “fundamentally transform America,” signed a stimulus bill to “transform the way we use energy” with a smart grid that would abandon “a grid of lines and wires that dates back to Thomas Edison — a grid that can’t support the demands of clean energy.”

So if one day you keep your house too cool or your beer too cold and the dials start moving, don’t be surprised. Its just a campaign promise being kept.

This op-ed article was originally published in the Investors Business Daily.