The fraud of single-payer health care 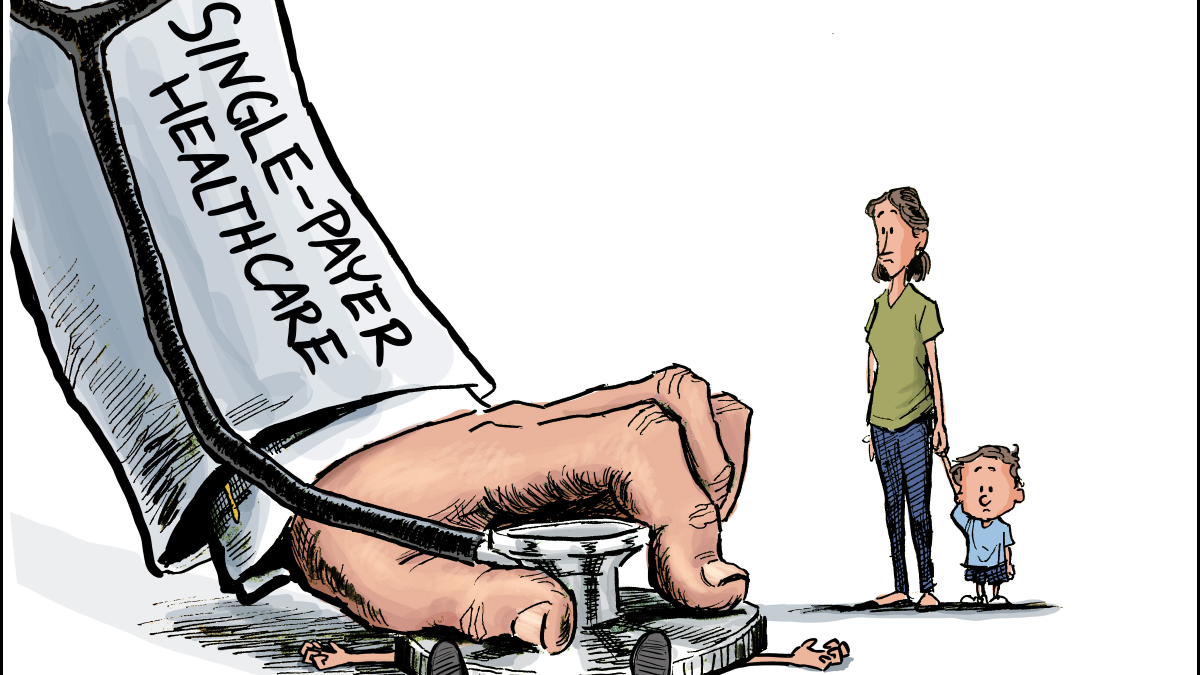 The Affordable Care Act (ACA) directly harmed America’s health care, far more than just breaking promises about keeping your doctor and your insurance. Its extensive regulations made private insurance unaffordable, as premiums for individuals doubled and for families increased by 140 percent in four years, even though deductibles also increased substantially.

It funneled massive taxpayer dollars to add millions to substandard Medicaid insurance, widely known to have worse outcomes than private insurance and far less acceptance by doctors, even by doctors with contractual agreements to accept it. It dramatically reduced choice of hospitals and specialists for patients with private insurance, so that almost 75 percent of private ACA plans became highly restrictive. And it generated a record pace of consolidation across the sector, including anti-consumer mergers of doctor practices and hospitals that are associated with higher prices of care. The ACA was significantly damaging to patients and cost taxpayers enormously.

The antidote most Democratic presidential candidates now propose to the regulatory nightmare of Obamacare is the ultimate hyper-regulation of health care — socialized medicine, clothed in more pleasing terms like “public option” and “Medicare for all.” And their simplistic messaging is enticing; who wouldn’t want “guaranteed, free health care?”

The answer to “who wouldn’t want it?” is found in existing single-payer systems all over the world, in countries with decades of experience, which offer those same “guarantees.” People with the financial means increasingly choose to circumvent single-payer systems for private health care. Even though they already pay £125 billion per year, equivalent to $160 billion, for their single-payer health care, half of all Brits who earn more than £50,000 buy or plan to buy private health insurance, according to Statista 2017.

In Sweden, about 650,000 who can afford it buy private insurance despite already paying $20,000 per family per year through taxes for their nationalized system, according to Insurance in Sweden 2015. And more than 250,000 Brits spend out-of-pocket cash for private care. According to the European insurance and reinsurance federation (CEA), private insurance in the EU bought by those who can afford it grew by more than 50 percent over a decade to 2010, specifically to fill the “ever growing gaps in coverage” in public health systems. Only the poor and the middle class are stuck with nationalized, single-payer health care, because only they cannot afford to circumvent that system.

Americans should wonder why those with financial means would need to spend even more money than their already high taxes for something that is “guaranteed and free.” Unbeknownst to Americans and hidden by single-payer advocates, consistent failures of single-payer health care are well documented, proven to be inferior to the U.S. system in important objective measures of access to care and quality. As a direct consequence of explicit restrictions on specialists, surgeries, drugs and technology, single-payer systems have factually worse outcomes than the U.S. system from almost all serious diseases, including