The Hubristic People’s Republic Of China 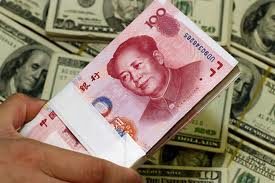 Since the citizens of the People’s Republic of China had emerged from their Mao Zedong induced obsessive poverty slumber and have started to follow Deng Zhi Ping’s dictum about enriching themselves, creating wealth, combined with extremely racist nationalism, have become the overriding passion of the Chinese Communist Party, the government, and the people.  Suddenly, in the early 1980s, everyone has been in business, including the most devout Communists, with a regime of utmost corruption that has become the model for the most powerful elite, also known as the new Communist bourgeoisie.  Thus, in the subsequent four decades, the People’s Republic of China has established a large manufacturing base that has made its economy the second largest in the world.  In addition, Beijing has invested heavily in building up a formidable military with special emphasis on its navy and air force.  Finally, under the leadership of its newly minted dictator perpetuus Xi Jinping, the People’s Republic of China has set out to challenge the global dominance of the United States of America across the globe.

Domestically, the results of this growth in prosperity have triggered increases in earnings.  Financial security and even luxury have spread through the urban population, while leaving the hundreds of millions in the countryside barely above the minimum subsistence level.  Simultaneously, education has been expanding exponentially.  Millions of young Chinese have been sent abroad, mainly to the United States of America and Europe, to study.  Literature, art, renewed interest in history and ancient philosophy, and sciences have been opened up to the greater public.  The only exception has been the domain of politics, remaining stricktly tabu for the masses, because it has been monopolized by the highest ranking members of the Chinese Communist Party.

Yet, good news is always intertwined with its opposite.   The more enduring feature of China’s rise has been the spread of self-satisfied mediocrity.  The resulting racist nationalism and the accompanying belief that the People’s Republic of China with its dictatorship is perfection itself, has become a general patriotic axiom.  Adding political insult to the ubiquitous subordination of the entire population, this deliberate dumbing down of an entire society has brought about a fickle, impulsive, superficial, and mean citizenry.  The eternal struggle between quality and quantity in the historically most populous nation on earth has caught up with President Xi and his colleagues in the Politburo when the novel COVID-19 virus appeared in the city of Wuhan.

Much has been written about the origin and the spread of this virus that culminated in a worldwide pandemic.  Equally importantly, however, are the political signals that can be gleaned from the Chinese leadership’s global communication strategy and tactics in managing the international crisis that they alone bear responsibility for creating.  The indisputable thesis of Communism and the various incarnations of Socialism is that all the parties associated with the Marxist ideology are infallible.  Consequently, the Communist Party of China and its leadership, particularly its head Xi Jinping, cannot err.  When mistakes do occur, they are, without exception, the faults of others.  Yet, because of the customary “self-criticism” of every Communist or Socialist party of their previously failed leaders which assigns guilt to the individuals and not to the ideology, every reigning leader, while in power, jealously guards his perceived unblemished image.

President Xi is no exception.  When he learned about the first cases that were caused by this virus he panicked.  His first visceral reaction was to conceal and to lie.  To conceal and to lie, because the entire Chinese regime has been based, since its inception in 1949, on an array of concealments and stupendous lies.  In this politically artificial and fake environment human lives within China and beyond are irrelevant.  Human beings are mere extras in a phony Chinese movie that in reality is a farce.  Having based its rule on concealments and lies, President Xi has been operating in a blinding vacuum that with time will swallow his “Communism with Chinese Characteristics.”

Meanwhile, he and his colleagues have been busy to corrupt the easily corruptible semi-and full blown dictators across the globe.  Doubtless, he could be successful in the short run.  However, in the long run, democracy and capitalism will prevail, because these constructs generally have not been based on concealments and lies but on solid political, economic, financial, and cultural foundations.  Moreover, the more people outside China will learn about the real nature of the Communist Party ruled politics in the People’s Republic the less attractive they will find it to emulate.  The already existing and the predictably coming future revelation about the pandemic will clearly open many more eyes across the globe.  The developing racist controversy between the People’s Republic of China and the African continent do not bode well for Chinese expansion in that continent and beyond.

Beijing escalating aggression in the South China Sea will be another test case for President Xi’s real intentions and the true nature of his regime.  Although the final outcome will be in the not so near future, it can be predicted with certainty that it will not end well for the People’s Republic of China.  Its “Belt and Road” initiative is already in trouble and will fall victim to President Xi’s self-induced pandemic.  The same fate awaits his attempts to infiltrate Europe, more specifically the European Union.  His seemingly promising attempts at forging closer relations with Putin’s Russia will come to naught too.What is needed now is not appeasement but toughness with reasonable compromises.  The People’s Republic of China must be judged by its actions and not its words.  Plainly, President Xi has long overplayed his hands both inside his country as well as internationally.  It is high time to inform him that the United States of America’s and the rest of the world’s patience have run out with his boundless ambitions and silly hubris.  By doing so, not just the world but also China and its people will benefit in the long run.