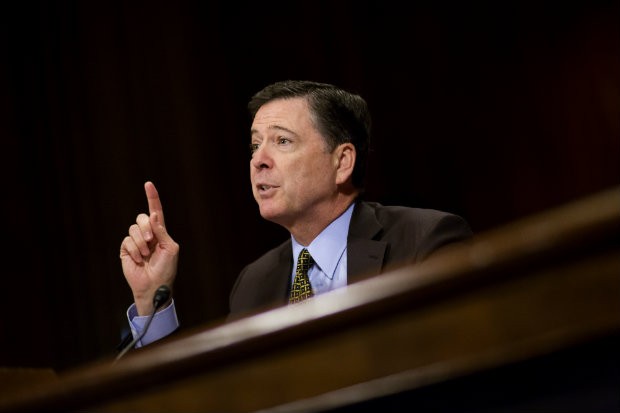 The media has focused almost exclusively on the conclusion of the Justice Department inspector general’s report on the FBI’s handling of the Clinton email probe, which found bias did not impact the probe, as well as the lack of any newly announced indictments or criminal referrals. The goal of course being to downplay the negative findings of the report.

At the same time, the press gave, at most, passing mention to the statement Attorney General Jeff Sessions simultaneously released. But his statement and the findings of the report make one thing clear: This isn’t over.

Here’s why. Throughout the 568-page report, the IG highlighted several areas meriting additional investigation. And Sessions said the report “reveals a number of significant errors by the senior leadership of the Department of Justice and the FBI during the previous administration,” and stressed “this is not the end of the process.”

Put simply: There is still much to be done and much to come. What is likely over is the possibility the Justice Department will re-investigate Clinton for mishandling of classified information, or prosecute her. That’s a good thing. Clinton is done. While she may never face justice in a court of law, perhaps losing the presidency is a more prescient and proper punishment.

Three areas remain, however, that the IG report tees up for further investigation and potential prosecution.

First, the agents engaged in the anti-Trump texting tête-à-têtes face potential discipline for violating the FBI’s Offense Code and Penalty Guidelines. But, significantly, in referring the matter to “the FBI for its handling and consideration,” the report found their conduct at least “demonstrated extremely poor judgment and a gross lack of professionalism.” So it could also trigger further ramifications.

For instance, beyond the professional ramifications, should Huber conclude the DOJ or FBI agents acted on their bias in their handling of Crossfire Hurricane, that could subject them to criminal liability for lying to investigators: During questioning the agents denied acting on an improper motive, with, for example, Strzok “emphasizing that he never took any investigative step designed to help or hurt Clinton or Trump” and “that the political opinions he expressed in the text messages ‘never transited into the official realm. In any way. Not in discussions, not in acts.’”

Second, the IG report suggests additional actions will be forthcoming to address to DOJ and FBI employees leaking of information to reporters. There are two likely possibilities here. First, the DOJ could charge the leakers with making false statements to investigators if the employees untruthfully claimed they had not provided the information to the journalists. We saw this scenario two weeks ago, when the DOJ announced the indictment of James Wolfe, the former Director of Security with the Senate Intelligence Committee, on charges of making false statements.

Alternatively, the FBI leakers who, as the report detailed, “improperly received benefits from reporters, including tickets to sporting events, golfing outings, drinks and meals, and admittance to nonpublic social events,” could face civil or criminal liability. The IG report hints at that fact, stating “we will separately report on those investigations as they are concluded, consistent with the Inspector General Act, other applicable federal statutes, and OIG policy.”

While the IG report did not directly address the Russia probe, it foretells of a damning indictment of the DOJ and FBI for targeting the Trump campaign in the lead up to the 2016 presidential election. This conclusion becomes obvious when one contrasts the facts known about the Russia investigation with those the IG relied on in analyzing the handling of the Clinton probe.

The IG identified numerous statements in the Clinton probe made by the agents that demonstrated an anti-Trump and pro-Hillary bias and that also “[implied] a willingness to take official action to impact the presidential candidate’s electoral prospects.” But even with this clear evidence of bias, when addressing whether political motives drove the sub-standard investigation into Hillary Clinton, the report’s narrative figuratively shrugs: “Who knows?”

Andrew McCarthy highlighted this aspect of the the report in a column for National Review Online, explaining that while “the report acknowledges that contempt for Trump was pervasive among several of the top FBI and DOJ officials making decisions about the investigation,” the IG never really answers whether “deep-seated bias … affected the decision-making.” The IG does this by framing his focus as determining, not “whether any particular decision was correct; just whether, on some otherworldly scale of reasonableness, the decision was defensible.”

But contrast the IG’s willful blindness regarding the impact of the agents’ political bias on the investigation of Hillary Clinton, with the IG’s handing of the same evidence as it concerns the Russia investigation:

Yes, the report does not say that bias impacted Strzok’s handling of the Russia investigation, but when compared with the IG’s treatment of the question of bias in the report, this language signals a much different conclusion once the probe into the Crossfire Hurricane investigation closes.

Several other passages in the IG report likewise foreshadow a scathing review of the DOJ and FBI’s handling of the investigation into the Trump campaign. For instance, in assessing whether the bias exposed by the agents’ text messages prompted a kid-glove handling of the Clinton investigation, the IG noted, “Strzok was not the sole decisionmaker for any of the specific Midyear investigative decisions we examined in that chapter.” [Emphasis mine]. The IG also stressed “the Russia investigation was under the supervision of [Bill] Priestap — for whom we found no evidence of bias.”

The report explains that Priestap, then-Acting Director of the Counterintelligence Division, had told the IG that “in late September 2016 [FBI Director James] Comey had tasked the Counterintelligence Division with a multifaceted effort to protect the 2016 election from foreign interference. This tasking included … the investigation of certain U.S. persons’ contacts with foreign adversaries,” which refers of course to the Trump campaign officials.

But much had already occurred by the time Comey tasked Priestap with oversight of the Russia investigation. We know that the FBI launched operation Crossfire Hurricane in July, and that even before the official start of the investigation, the FBI had in place at least one informant. And the report states “Strzok was assigned to lead the Russia investigation in late July 2016.” Further, Strzok’s promise to Page that Trump would never become president because “we’ll stop it,” occurred Aug. 8, 2016, and thus prior to Comey’s directive to Priestap to oversee the investigation.

This timing also raises the significance of another text between Strzok and Page. According to the IG report, on “August 15, 2016, Strzok told Page, ‘I want to believe the path you threw out for consideration in Andy’s office — that there’s no way he gets elected — but I’m afraid we can’t take that risk. It’s like an insurance policy in the unlikely event you die before you’re 40. …’ The ‘Andy’ referred to in the text message appears to be FBI Deputy Director Andrew McCabe.”

This exchange proves significant because it indicates that as of August 2016, Strzok and Page were working directly with McCabe, bypassing Priestap. The IG’s report bears this out: In discussing the probe, “Page told the OIG that part of her function was to serve as a liaison between the Midyear team and McCabe. Page acknowledged that her role upset senior FBI officials, but told the OIG that McCabe relied on her to ensure that he had the information he needed to make decisions, without it being filtered through multiple layers of management. Several witnesses told the OIG that Page circumvented the official chain of command, and that Strzok communicated important Midyear case information to her, and thus to McCabe, without Priestap’s or Steinbach’s knowledge.”

The report included the following excerpt to illustrate this leapfrogging of commanded:

“Page also worked on the Russia investigation, and told us that she served the same liaison function as she did in the Midyear investigation.”

In other words, Page bypassed Priestap and brought her concerns and biases — and the concerns and biases of her lover Strzok — directly to McCabe’s attention. Thus, while Priestap’s pure motives and oversight of the probe may offset Strzok and Page’s bias, their political bias is squarely implicated in Crossfire Hurricane. This scenario also implicates McCabe’s motives and political biases in the investigative decisions the three executed alone.

Finally, the report exposed a strange “coincidence,” that raised more questions concerning Strzok’s role in Crossfire Hurricane and his later role on Special Counsel Robert Mueller’s team. After noting that both Strzok and Page had joined the Special Counsel’s office, the IG report stated: “Strzok was removed from the Special Counsel’s investigation on approximately July 28, 2017, and returned to the FBI in another position, after the OIG informed the [Deputy Attorney General] and Special Counsel of the text messages discussed in this report on July 27, 2017.”

For those covering Spygate, the July 27, 2017, date proves significant because it was on that date that the FBI arrested George Papadopoulos at the Dulles Airport without an arrest warrant. Why the hasty warrantless arrest, and then the seeking of a warrant the following day? Did Strzok know he was about to be thrown off the Special Counsel’s team and trigger the arrest while he still had time?

It’s reasonable to question whether someone was tipping off Strzok given that he and Page abruptly stopped texting on July 1, 2017, after exchanging “2,054 text messages from the period May 18 to July 1, 2017,” including a May 18 text that included a “discussion of whether Strzok should join the Special Counsel’s investigation.”

These, and other questions, still need to be answered. So, no, this case is nowhere near done.