“He who controls the sea controls everything.” -- Themistocles of Athens, circa 500 BC 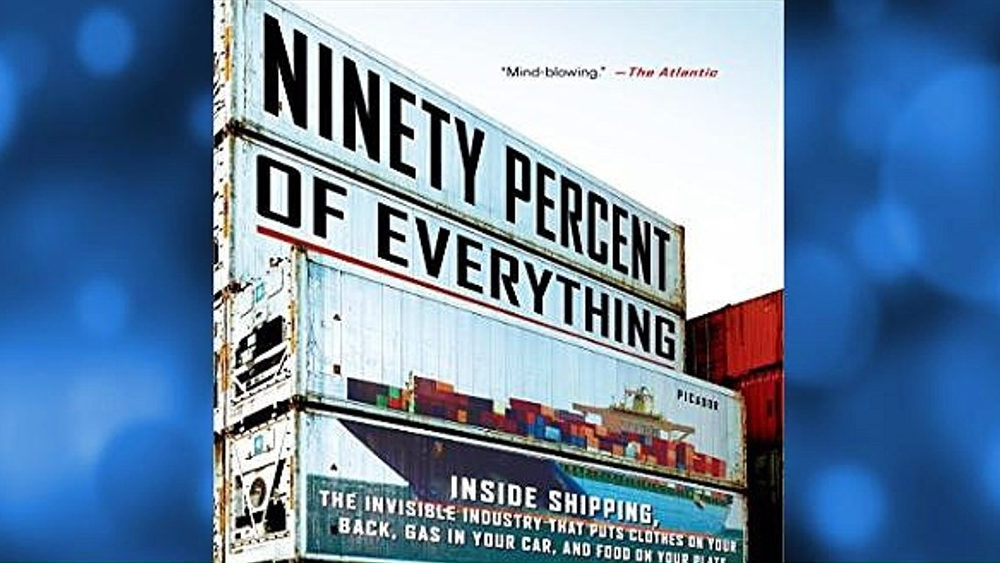 INTRODUCTION: America Should Protect Its Own People and Interests

A national sentiment has recently revived which elitist for years have discouraged. This is the sentiment that America should promote its own interests, despite the globalist trend which gives the country’s needs a lower priority.

One example is the Jones Act. This long-standing law is under attack because the act favors U.S. interests within its own borders. The law essentially requires that cargoes traveling from one U.S. port to another must be carried on vessels that are American-owned, American-built, and American-crewed. But it does not apply to international shipping and trade.

The Jones Act must be appreciated in context. And it must be preserved.

The philosophy of “America First” is disparaged as being nationalistic; this ignores the key point that nationalism is not about money or military power. First and foremost, it promotes this country’s values and economic interests.

For instance, the coronavirus outbreak has increased awareness that it can be dangerous to depend on China to provide the makings of pharmaceuticals, and how risky it is when businesses large and small have their supply chains disturbed because factories abroad become idled. Overseas diseases can disrupt America just as surely as wars, political or social upheavals.

“America First” patriotism is not blind jingoism. It is not linked to any particular race. It encompasses all religions. It promotes national principles that include self-governance, equality before the law, and human rights. It promotes economic security for the people in the United States of America, and elevates their interest above those of foreign lands.

Globalism, however, considers all nations the same, treating oppressive regimes as deserving equal value with democracies, and totalitarianism as the moral equivalent of constitutional rights. Or it asserts that pursuing the well-being of a country’s own people is somehow immoral.

Critics of the Jones Act ignore the protection of American values and national interests, arguing as though U.S. law should only consider money.  Their objection to the Jones Act is that some companies might save on shipping costs if foreign interests were allowed to handle domestic freight. The critics also ignore how China in particular has launched a massive plan to dominate the world’s oceans and to control the essential sector of transporting goods.

In short, America has become dependent on foreign countries to carry goods to and from the U.S., thus controlling global trade because 90% of global trade goes by ship. Only the Jones Act blocks countries from spreading their monopoly to include the waterways within U.S. borders.

The Jones Act Is Being Attacked Although It Protects American Interests

The campaign disregards America’s national interests; it promotes a pure laissez-faire approach by the U.S. regardless of whether competing countries will support free trade. It ignores the enormous subsidies, protective tariffs, exclusionary tariffs and policies of other countries which disadvantage American businesses. Promoters oppose all forms of American tariffs, especially those of President Donald Trump, even when they are in response to tariffs enacted by other countries.

A Jones Act repeal would sacrifice America’s borders and America’s interests, allowing heavily-subsidized foreign shipping within domestic U.S. waters as well as international waters. The rationale is simplistic: Businesses might save money by using shipping offered by nations which undercut competition by subsidizing the building and operating of huge craft, and which offer foreign flags of convenience that often ignore safety and other standards.

This competition from other countries should not be labeled as free enterprise. For example, China dominates shipbuilding by using their state-owned enterprises and subsidies, weak labor protections and cheap or even slave labor, plus lavishing government money to subsidize operating costs of cargo ships.

For those whose sole criteria is lower costs, China has much to offer. China’s communism and human rights record can be disregarded if money is all that matters. According to the infamous quote attributed to Vladimir Lenin, capitalists would eagerly sell rope to the communists and then be hung by that rope.

For those who cherish America’s values and system of government, other issues are paramount. Protecting America’s shipping interests was promoted by that father of capitalism, Adam Smith. He wrote in The Wealth of Nations that a country should protect its maritime trade from foreign competition. Smith saw economies as a servant of national interest.

The principle extends beyond ships. Foreign air carriers can fly between U.S. airports and those in other countries but cannot fly purely-domestic routes. Foreign trucks face restrictions on operating within our borders.

TO READ THE FULL STUDY ON THE JONES ACT, DOWNLOAD THE PDF BY CLICKING << HERE >>