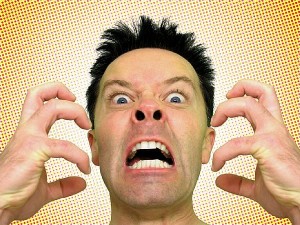 The word “liberal” has taken a beating over the last few days: A Mozilla executive was hounded out of his position at the firm he co-founded by left-wing campaigners resolved to punish him for having made a donation to a successful California ballot initiative that defined marriage in traditional terms; Adam Weinstein, whose downwardly mobile credibility has taken him from ABC to Gawker, called for literally imprisoning people with the wrong views about global warming, writing, “Those malcontents must be punished and stopped”; Mr. Weinstein himself was simply forwarding a dumbed-down-enough-for-Gawker version of the arguments of philosophy professor Lawrence Torcello; Katherine Timpf, a reporter for Campus Reform, faced a human barricade to keep her from asking questions of those attending a feminist leadership conference, whose organizers informed her that the group was “inclusive” and therefore she was “not welcome here”; Charles Murray, one of the most important social scientists of his generation, was denounced as a “known white supremacist” by Texas Democrats for holding heterodox views about education policy; national Democrats spent the week arguing for the anti-free-speech side of a landmark First Amendment case and the anti-religious-freedom side of a case involving the Religious Freedom Restoration Act; Lois Lerner, the Left’s best friend at the IRS, faces contempt charges related to her role in the Democrats’ coopting the IRS as a weapon against their political enemies; Harry Reid, a liberal champion of campaign-finance reform, was caught channeling tens of thousands of dollars to his granddaughter while conspicuously omitting her surname, which is also his surname, from official documents, cloaking the transaction, while one of his California colleagues, a liberal champion of gun control, was indicted on charges of running guns to an organized-crime syndicate.

The convocation of clowns on the left screeched with one semi-literate and inchoate voice when my colleague Jonah Goldberg, borrowing the precise words of one of their own, titled a book Liberal Fascism. Most of them didn’t read it, but the ones who did apparently took what was intended as criticism and read it as a blueprint for political action.

Welcome to the Liberal Gulag.

That term may be perverse, but it is not an exaggeration. Mr. Weinstein specifically called for political activists, ranging from commentators to think-tank researchers, to be locked in cages as punishment for their political beliefs. “Those denialists should face jail,” he wrote. “You still can’t” — banality alert! — “yell ‘fire’ in a crowded theater. You shouldn’t be able to yell ‘balderdash’ at 10,883 scientific journal articles a year.” “Balderdash” — a felony. At the risk of being repetitious, let’s dwell on that for a minute: The Left is calling on people to be prosecuted for speaking their minds regarding their beliefs on an important public-policy question that is, as a political matter, the subject of hot dispute. That is the stuff of Soviet repression.

But then Soviet-style repression has long been a dream of the American Left. Consider the abuses of psychiatry that were the great hallmark of the Soviet way, and then consider that there is a cottage industry today among left-wing psychiatrists arguing that conservative political views represent a form of mental disorder. That psychiatric approach to suppressing dissent has spread quickly through the intellectual sewers of the Left, with writers everywhere from Daily Kos to Salon diagnosing instances of “RWA” — right-wing authoritarian — disorder among their political rivals. Robert Altemeyer, the father of this asinine school of so-called thought, denies that there exists such a thing as a left-wing authoritarian.

If Mr. Weinstein’s preferred method of enforcing intellectual conformity — coercion through state violence — seems extreme, consider that the jihad against Proposition 8 supporters is no simple exercise in the operations of civil society. (Even if it were, it still would have been wrong; it is not as though social pressure cannot be put to illiberal and contemptible ends, something that gay-rights activists, of all people, should appreciate.) Mr. Weinstein’s victims of state repression are only hypothetical; the National Organization for Marriage and other Proposition 8 proponents have been the victims of state repression in fact, their confidential tax records leaked by the IRS. Congress believes that it knows who the leaker is; but he has not been, and almost certainly will not be, prosecuted for his crimes. The reason for that is that the current management of the Department of Justice sympathizes with his political positions and does not wish to intervene to prevent the abuse — at the hands of government officials — of those it regards as its political enemies.

The broader campaign of retaliation against gay-marriage opponents is not simply a matter of private citizens’ airing their views about a corporate executive; those private citizens are acting as an extension of, and in at least some cases in collusion with, political agents in positions of official authority who are abusing the powers with which they are entrusted, in order to further private political ends.

The Left should be feeling, at the very least, ashamed. As Andrew Sullivan noted, its crusade for absolute conformity with and submission to some version of virtue as understood by its members calls to mind the worst tendencies of the old Religious Right, even if those tendencies mostly existed in the imagination of Andrew Sullivan. The intellectual stultification on display is remarkable. The Left’s most energetic foot soldiers today are MFA dropouts who are too stupid to tell a genuine Sarah Palin quote from a Tina Fey line and spend their idle afternoons (one gets the feeling there is a surplus of them) sharing Snopes-discredited political memes on Facebook and discussing last night’s Jon Stewart show. The bovine instincts of the stampeding herd that surrounded Miss Timpf would embarrass anybody capable of embarrassment. Being on the wrong side of two First Amendment issues at the same time ought to be cause for some critical examination among our so-called progressives, but their omphaloskepsistic contemplation of the unrivaled virtue they perceive in themselves protects their intellects, such as they are, from the discomfort of contact with noncomformist ideas.

“They think that to be a Fascist you must have some sort of shirt uniform, must drill and goose-step, must have a demonstrative salute, must hate the Jews, and believe in dictatorship,” John T. Flynn wrote many years ago. Mr. Flynn was an America First founder who had a high-profile falling out with the editors of this magazine back in 1955, but he offered some fruitful insights: “Fascism is not the result of dictatorship. . . . Dictatorship is the product of Fascism.” Mr. Flynn probably would not be surprised to see the Left coming around — again — on hating Jews, even if Occupy rituals have replaced the traditional pseudo-Roman salute. Their shirts come in many colors, but their true colors never change: an ugly, ignorant, power-hungry mob utterly committed to crushing dissent by any means it can. Mr. Weinstein and his ilk want to put us in camps, and crass totalitarians of similar stripe may be found everywhere from the executive suites at Mozilla to the halls of power at the IRS. It’s a shameful spectacle, and an unworthy one.