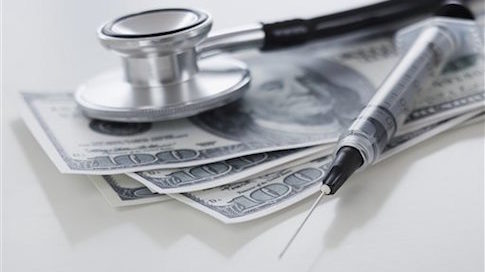 When the federal government sets out to solve a problem, it often begins by making the problem larger.

For example, lawmakers may want to reduce pollution. Or cut down on the use of fossil fuels. So they pass a “Clean Air Act,” or mandate the use of renewable fuels. But now they need inspectors. And lawyers to file (and respond to) lawsuits. The big problem gets bigger as it gets bogged down in bureaucracy, and a solution may seem ever further away.

As a Microsoft blogger once joked, “if the solution begins with ‘First, install…’ you’ve pretty much lost out of the gate. Solving a five-minute problem by taking a half-hour to download and install a program is a net loss.” The same can be said about Washington. If the answer is “First, pass legislation…” then your problem probably isn’t going to get solved, especially in today’s environment of divided government.

But bad things keep happening to good people. For example, anyone with insurance can be sent to a care center that’s not covered by their network and end up with a big bill. That isn’t fair. So how can policymakers bring down their health care costs?

As always, Washington’s response begins with a big bill, the “Lower Health Care Costs Act of 2019,” penned by Tennessee Republican Lamar Alexander. One goal of the bill is to set prices in cases of surprise billing, so insured patients that are taken to out-of-network facilities without their knowledge aren’t hit with huge bills. The bill plans do to so by capping provider costs at the median in-network rate.

If the LHCC gets the prices wrong -and if the history of price controls provides any indication, it will – it could lead to yet another Obamacare-esque death spiral, where premiums rise, hospitals lose money, and doctors stop seeing patients.

The legislation’s big-government, top-down solutions won’t amount to a very effective way to push back against high prices. The faster and more effective way is to encourage competition. One way to do that is by allowing market negotiations to proceed.

The STOP Surprise Medical Bills Act, introduced by Sen. Bill Cassidy, M.D. (R-La.) and Sen. Tom Carper (D-Del.), would do just that. When cases of surprise medical bills pop up, The STOP Surprise Medical Bills Act would allow all players in the healthcare industry to submit proposals to an arbiter, who would ensure that the best offer for consumers wins the day. This process will create far more informed, data-driven decisions than the LHCC’s blanket price controls ever could.

We also need more doctors, which would increase competition among physicians and help force prices down. Instead, we’re chasing doctors out of the profession. “The United States could see a shortage of up to 120,000 physicians by 2030,” warns the Association of American Medical Colleges.

Well, federal policies can make it more difficult than ever to practice medicine. For example, it can cost more to treat Medicaid patients than the federal government is willing to pay. That squeeze is an example of the wrong way to approach price cuts, yet it’s the one that Washington usually turns to. It’s at least partially responsible for the decline in the number of doctors.

Big medical bills are a big problem. Together we can solve that problem. But first, let’s prevent Washington from making it even bigger by imposing the LHCC Act.