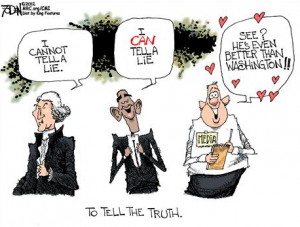 It is now abundantly clear that President Barack Obama lied when he talked about impact the Patient Protection and Affordable Care Act would have on individuals who already had health insurance. On Tuesday, he continued the process of trying to weasel his way out of the fix he put himself in, but his approval ratings are falling like a stone.

More than once Barack Obama told the American people that under his reforms people who liked the health care plan they had could, without exception, keep it. He made no caveats, did not identify special circumstances, made no mention of insurance companies or job transfers or anything else that might produce displacements in the marketplace once the ACA became law. He was quite clear – as were the politicians and left-wing activists and liberal pundits who all accused Republican opponents of Obamacare of trying to scare the voters with dishonest rhetoric. If you liked your plan you could, under the ACA, keep it.

There are no two ways about it: He, and they, lied – unless the president is actually not bright enough to understand anything about the policies he has proposed beyond what the White House communications staff loads into his teleprompter.

His latest explanatory lie has already morphed from “We didn’t cancel your health policy – your insurance company did” into “We said you could keep your plan as long as the insurance company didn’t change it.” Since there are virtually no plans remaining unchanged because of the new law, and because the White House itself shot the so-called “grandfather clause” full of holes, the new lie is no better than the old lie. The truly shocking thing is that the president is such a pop culture diva that he thinks he can get away with it. Perhaps if he had told the American people in a culturally relevant way that if they liked their plan they “should put a ring on it,” people might not be so upset.

“You can keep it” was neither the first lie nor will it likely be the last. The whole program was sold to America using a package of platitudes that included a promise to put the negotiations on C-SPAN. That never happened, nor did the president ever make a bona fide effort to bring the Republicans into the process despite what he was telling the media.

The original version of the ACA only made it through the U.S. House of Representatives once a group of pro-life Democrats led by former Michigan Rep. Bart Stupak agreed to vote for it in exchange for a promise that abortion would not be covered. The nation’s Catholic institutions and the Hobby Lobby company, both of whom are suing to remove the ACA’s abortion coverage mandate from the law on the grounds that it violates their religious freedom, can attest to what a whopper that was.

The usually slick and savvy Obama is now trapped by his own words. The lies he told about Obamacare and what it would do are a legitimate reason to question his statements on issues of equal impact to the life of the nation. Can we still trust what he said about Operation Fast and Furious, about the massacre in Benghazi and about chemical weapons in Syria? He’s already been caught telling lies there too, going so far in one instance to use “executive privilege” to cover his tracks. All these issues need to be reexamined, and carefully. The president has forfeited the people’s trust and will have to do a lot more than exchange new lies for old to get it back.