The Red-State Path to Prosperity 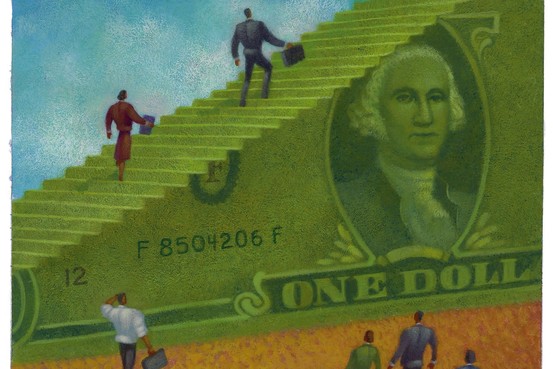 Blue states with high taxes are struggling to compete for businesses and workers.

by Arthur B. Laffer and Stephen Moore 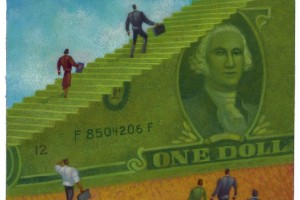 You can tell a lot about prosperity in America by observing the places people are moving to and where they are packing up and moving from. New Census Bureau data on metropolitan areas indicate that the South and the Sunbelt regions continue to grow, while the Northeast and Midwest continue to shrink.

Among the 10 fastest-growing metro areas last year were Raleigh, Austin, Las Vegas, Orlando, Charlotte, Phoenix, Houston, San Antonio and Dallas. All of these are in low-tax, business-friendly red states. Blue-state areas such as Cleveland, Detroit, Buffalo, Providence and Rochester were among the biggest population losers.

This migration isn’t accidental. Workers and business owners are responding to clear economic incentives. Red states in the Southeast and Sunbelt are following the Reagan model by reducing tax rates and easing regulations. They also offer right-to-work laws as an enticement for businesses to come and set up shop. Meanwhile, the blue states of the Northeast, joined by California, Minnesota and Illinois, are implementing the Obama model of raising taxes on businesses and the wealthy to fund government “investments” and union power.

The contrast sets up a wonderful natural laboratory to test rival economic ideas.

Consider the South. We predict that within a decade five or six states in Dixie could entirely eliminate their income taxes. This would mean that the region stretching from Florida through Texas and Louisiana could become a vast state income-tax free zone.

Three of these states—Florida, Texas and Tennessee—already impose no income tax. Louisiana and North Carolina, both with bold Republican governors and legislatures, are moving quickly ahead with plans to eliminate theirs. Just to the west, Kansas and Oklahoma are also devising plans to replace their income taxes with more growth-friendly expanded sales taxes and energy extraction taxes. Utah, while not a Southern state, leads the tax-cutting pack under Republican Gov. Gary Herbert.

Much of this is the result of GOP victories in the 2010 and 2012 elections. Today 10 of the 12 governors in the Southern states are Republican, and in nine of those states the Republicans control both chambers of the legislature.

Meanwhile, the Northeast is bluer than ever. Consider Massachusetts, where only four of the 40 state senators and just 29 of the 160 House members are Republicans. In the past two elections, the GOP was crushed in Connecticut, New York, Rhode Island and Illinois. And in 2012, Democrats gained a supermajority in both houses of the California legislature for the first time since 1883. Not surprisingly, California, Illinois, New York, Oregon, Minnesota, Hawaii, Connecticut, Maryland and Massachusetts have all raised income taxes in recent years.

But it isn’t just higher taxes that make these so-called progressive states less attractive to business. Red states Texas, Oklahoma, Wyoming, West Virginia, Montana and North Dakota (and a few blue states like Ohio and Pennsylvania) are getting rich from oil and gas drilling. Meanwhile, bluer-than-blue New York has extended its moratorium on the technological advance behind the boom, hydraulic fracturing, citing overblown environmental hazards, and Vermont has outlawed it altogether. California’s regulations prohibit nearly all new drilling of any kind.

Moreover, the entire Northeast and West Coast is anti-right-to-work, meaning that workers employed in unionized workplaces may be required to join the union and pay dues that might go toward political causes they disagree with. Most of these blue states also have super-minimum wage laws that price low-income workers out of the job market.

All the empirical evidence shows that raising a state’s tax burden weakens its tax base. Still, too many blue-state lawmakers believe that a primary purpose of government is to redistribute income from rich to poor, even if those policies make everyone, including the poor, less well off. The obsession with “fairness” puts growth secondary.

Meanwhile, in the South, watch for a zero-income-tax domino effect. Georgia can hardly sustain a 6% income tax if businesses can skip across the border into neighboring states like Florida, Tennessee or South Carolina. Oklahoma Gov. Mary Fallin has told her legislature that the Sooner State will face high economic hurdles in the future if it is an income-tax sandwich between Texas and Kansas. Last year, Tennessee Gov. Bill Haslam signed into law legislation repealing the state gift tax and phasing out the state estate tax. Next on the docket? Repealing the state’s tax on “unearned income”—income from sources other than wages such as rent and investments.

Increasingly, under Republican leadership, the pro-growth movement is spreading north. Over the past two years, Michigan and Indiana passed right-to-work legislation, and the latter phased out its estate tax. Ohio Gov. John Kasich turned a $6 billion deficit into a budget surplus with no tax increases. Wisconsin Gov. Scott Walker made a number of positive budget and collective-bargaining reforms and wants tax cuts this year. Kansas Gov. Sam Brownback signed into law legislation slashing the state’s highest personal income-tax rate to 4.9% from 6.45%, and says his ultimate goal is to eliminate the income tax.

In short, red states of the South and other areas of the country are moving forward with pro-growth tax reform, while California and the blue states of the Northeast are doubling down on Obamanomics and European progressivism. Who will come out on top? Our money is on the red states and those wisely following their lead.

Mr. Laffer is chairman of Laffer Associates. Mr. Moore is a member of the Journal’s editorial board. This article appeared March 28, 2013 in The Wall Street Journal.