When Ronald Reagan took over from Jimmy Carter in ’81, things were actually worse economically compared to when Obama took over from George W. Bush in ’08.

Consider these three important comparisons of economic indicators, then and now:

In other words, Reagan inherited a bigger mess. Yet, there’s this chart of job growth: 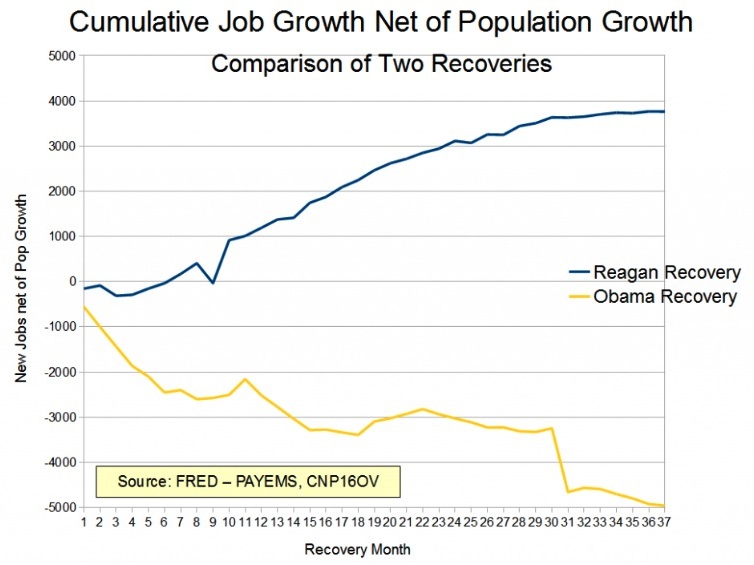 Yes, you read that right: net job growth has declined under Obama. And by the end of the second year of their terms as President, economic growth under Reagan averaged 7.1% , under Obama an anemic 2.8%.

So, how did Reagan manage it? Across-the-board tax cuts, non-defense spending cuts, a restrained monetary supply, and deregulation.

Game, set, and match to Ronald Reagan- and a sound, conservative economic policy.

Michael Hausam is a writer for The Independent Review Journal.