The Top Five Energy Stories of 2012 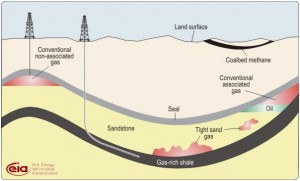 However, the list looks as follows, and each of these topics suggests a trend to watch:

1) Continued greening of the military – where the military goes, with its enormous consumption profile and resources – so goes the country.

3) Shale gas – this will continue to provide new story lines to our energy narrative, from new discoveries to new end uses.

5) Superstorm Sandy – once again (did we really need it?) we are reminded of our power grid’s vulnerabilities.

1) The greening of the military. This probably deserves its own post. Not because nothing has been written on this, but because so much has been penned, the story is continually developing and it’s hard to get a bird’s eye view. In short, here is what has occurred over the past few years: In 2009, President Obama signed Executive Order 13514, which mandates a 30% reduction in energy use by the US military. This is important, among other reasons, because the Department of Defense is the single largest consumer of energy, spending around $3.9 bn annually on ‘facility’ energy to power, hear, and cool buildings, with over 300,000 buildings and 2.3 billion square feet of space.

In 2012, this effort is now going into full implementation mode. Each branch of the military is developing its own plans, some of which are very aggressive. For example, the Air Force – in order to assure future fuels supplies – is certifying aircraft to fly using alternative fuels. It is currently the second largest user of renewable energy in the US government.

For its part, the US Army has articulated a goal of net zero installations. “Today the Army faces significant threats to our energy and water supply requirements both home and abroad. Addressing energy security and sustainability is operationally necessary, financially prudent, and essential to mission accomplishment.” To this end, they have recently begun developing net zero facilities, such as Hatch Stage Field at Fort Rucker, Alabama. The other branches of the military have their own aggressive plans and are not far behind. What the military does will be well worth watching: with its size, it alone can move markets.

2) The employment implications of solar and energy efficiency. With respect to solar, an unexpected but in retrospect entirely predictable dynamic has occurred: rather surprisingly, panel costs plummeted, killing some US panel manufacturing companies and pushing more overseas. Predictably, there was a huge focus on the US government grants, and the jobs lost as panel manufacturing moved to China or elsewhere in Asia (of the two strongest US players, Sunpower manufactures in the US for domestic consumers, but just announced a joint venture in China to serve that market; First Solar‘s most efficient plants are in Malaysia).

But here is where energy efficiency and solar share common ground: the jobs creation is largely not in the manufacturing sector, where machinery is leveraged by an increasingly small number of humans. Instead, it is a result of boots on the ground.

The solar jobs are being created for the people who install solar panels on our rooftops, who set up the inverters and tie systems to the grid. The solar industry was responsible for at least 119,000 jobs in 2012. As the panels get cheaper, and systems become more cost-competitive, we can expect that to continue.

On the energy efficiency front, hundreds of thousands of employees work on efficiency and retrofit programs in jobs that are local, and generally long-term. Perhaps the most salient fact concerning the energy efficiency jobs is that even more employment results from the ensuing economic efficiency. Money saved through investments in efficiency goes straight to a company or consumer bottom line and is then be re-spent in the economy. Numerous studies over the past three decades have shown that the employment creation multiplier effect from energy savings is significantly greater than the initial job numbers from the efficiency programs themselves.

3) Shale gas. Another year into the shale gas plays confirms that shale gas is big and here to stay. It also gives us hints as to how these shale dynamics may play out. On the supply side, there are a number of factors:

a) Regulation continues to be local and patchwork. For example, Pennsylvania has relatively minimal regulations (though they have made some recent changes to the rules). In the meantime, New York continues to maintain its moratorium on fracking while a comprehensive health impact study is conducted. And regulations can filter down to the community level, with municipalities like Binghamton, NY trying to enact local bans on the practice of fracking.

b) The shale gas plays are numerous and widespread throughout the US, with six major shale plays and over a dozen others stretching from Colorado and New Mexico all the way to New York. The quantities of shale gas are likely to be significant, with technically recoverable supplies exceeding 90 years of current demand.

c) The significant gas supply overhang will eventually begin to decrease as drillers move rigs to more lucrative shale oil and wet gas production, while they lock in gas supplies awaiting an upward move in price. Cheaspeake Energy, the largest gas producer, has strongly stated that it will wait for significant upward movement before releasing more gas onto the market.

On the demand side, there are also many interacting dynamics which affect the overall picture, including:

a) LNG exports are set for potentially significant growth. The EIA Annual Energy Outlook Early release projects the US as a net exporter of liquified natural gas (LNG) in just four years, and an overall net exporter of gas by 2020.

b) The increasing use of LNG and compressed natural gas (CNG) as a transportation fuel for long-haul trucking and shorter haul buses and vans. Most of the companies manufacturing engines for long haul freight now have an LNG entrant, while the shipping companies are ramping up their orders for CNG vehicles.

c) An increasing number of new gas-fired power stations relying on natural gas. Natural gas is expected to power 27% of electric generation by 2020 (up from 24% in 2010). High efficiency combined cycle engines with conversion efficiencies exceeding 60% ( like the newest GE and Siemens H class turbines) will help keep the consumption figures lower than would otherwise be the case.

d) A shift back to the US – and increased investment – in chemical and other industries relying on gas as a feedstock. The planned $4bn plant to be built by the Dow consortium in Texas is a good example. In fact the Energy Information Administration’ Annual Energy Outlook sees industrial gas use increasing in the industrial sector by nearly a sixth between now and 2025.

4) The continuing story on carbon. Kyoto was just renewed in Doha, which means virtually nothing in terms of concerted change, within a meaningful timeframe, at the government level. However, China did announce a cap on domestic coal production and consumption at 3.9 bn tons by 2015. This statement came from its five-year industry plan and is driven by a desire to reduce local air pollution while taking an “active part” in the international effort to address climate change.

Meanwhile, while India has a large pipeline of projected coal-fired power plants on the books, the country is facing significant difficulties in securing coal supplies. Against this backdrop, the Indian government recently set a target to develop 9 GW (9,000 megawatts!, or 3X 2012 installation numbers in the US) of grid-connected solar, with an eventual goal of 22 GW by 2022. Even if these numbers are not fully achieved, the goal is impressive.

Meanwhile, in the US, where concerns about climate change have magically ceased to exist for many (at least in the political lexicon) Grover Norquist did have a one-day dalliance with a carbon tax before he quickly reversed course. Will this be significant? Who knows. But it suggests that there is at least some thinking among conservatives that taxation of negative externalities could potentially be considered.

Despite government constipation – there is hope for the future. Sometimes the private sector just pushes ahead. With respect to carbon a report released this week indicates that 96 companies from the combined 173 companies in the Fortune 100 and Global 100 have set GHG reduction goals (56 percent). Many companies are moving to a more mature strategy with respect to renewables, leaving Renewable Energy Credits (RECs) behind in favor of longer-term commitments such as like Power Purchase Agreements (PPAs) and on-site renewables investments. Globally, the picture is even stronger; Over 2/3 of the Globval 100 list are moving in this direction.

5) Superstorm Sandy, and an increased awareness of grid vulnerability. The lessons from this one were pretty obvious: no electricity? No gas, no water, no lights, no computers, no video games, and no Facebook. Without power, we are very vulnerable indeed. And yet, our trillion dollar grid infrastructure continues to deteriorate by the day, as we continue a trend – one that began in 1995 – of investing less than depreciation. If we let this continue, while renewables and batteries get continually more cost-effective, we may well cross some kind of Maginot Line for power. For some industries relying on high quality juice, it’s becoming increasingly more tempting to think about ditching the power grid altogether, and relying on a combination of other resources. As noted above, the military is already pointing us in that direction. Cheap gas can help us further connect these dots. And batteries are worth watching – good cheap ones would change the game.

Oh, and the biggest non-story of 2012? Washington pretty much did nothing meaningful in the area of energy (or really anywhere else). But didn’t we write that story last year as well?

This article was first published online at Forbes:
http://www.forbes.com/sites/peterdetwiler/2012/12/10/the-top-five-energy-stories-of-2012/