The highest law of the land is the Constitution, not the House of Representatives. 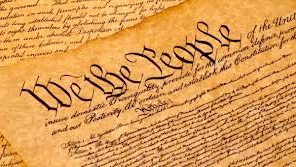 The prevailing rationale for the entire impeachment procedure has been that the House of Representatives is the ultimate authority governing the impeachment process. Forgotten in all the blather about the actions of the House is the fact that the highest law of the land is not the will of the House but the Constitution of the United States of America. The Fifth and the Fourteenth Amendments to the Constitution explicitly grant to every citizen of this Republic the inalienable right to due process, including the right to face his or her accuser and the right to defense in a court of law.

The “due process amendments” apply to the President of the United States as well as all others. The House denied those rights in this case. The President should file forthwith a lawsuit against the House asking the court to set aside the entire procedure. Likewise, the Senate should refuse to consider the House action until the Supreme Court renders its verdict.

Why is this important? Because the precedent set by this House action portends the doom of our democracy. The House has proven that no elected official is safe from unlawful dismissal from office by the majority vote of the opposition party. In this case, the Democrat majority has unlawfully indicted an American President duly elected by the people without any semblance of due process as established by law and custom.

In addition, the action resulted in re-defining “high crimes and misdemeanors” to include actions which are not crimes by any accepted practice. In this case, “abuse of power” is not a criminal offense because it is simply too vague to be provable. Likewise, the exercise of Executive Privilege is customary and has been accepted practice for the entire history of the Republic.

Consider the consequences of this current action. All that stands between this President and his removal from office is the incidental fact that his party controls the Senate. Suppose he wins reelection but that the opposition party wins control of both Houses of Congress. The current House of Representatives has proven that partisan politics is the primary factor in the decision as to whether or not to vote for his removal from office. Otherwise, there would have been bipartisan support for the House action. This partisan loyalty was also proven in the Clinton case, when both Houses of Congress voted along party lines. It is therefore reasonable to assume that all actions of impeachment and removal will continue to be governed by partisan loyalties.

Back to our example then. Having failed to remove the President from office the first time, it is entirely predictable that the Democrats would try a second time. This time the Senate would convict. Then suppose the President refused to leave office voluntarily and instead, as Commander-in-Chief, he called up the Army to declare martial law and arrest the Democrat members of Congress. Presto: we are now a “Banana Republic” where the military controls the government and dictatorship is a whisker away. Democracy rapidly becomes a thing of the past. No office is safe from partisan impeachment including Supreme Court Justices.

We cannot let this happen. But, if the current House impeachment is allowed to stand, our democratic elections are doomed to fall.