Freedom Centers Constitutional and Political Freedom This must not stand! (continued) ...

This must not stand! (continued)

The rules for impeachment must be changed to save the Republic 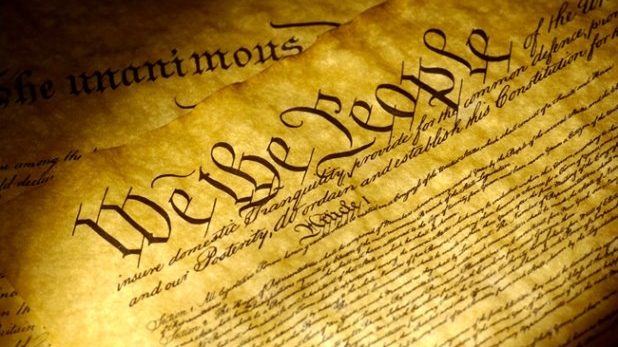 In my last column of this topic, I urged the President to sue the House of Representatives for malfeasance on the basis of two unconstitutional actions with regard to the recent articles of impeachment passed by the House:

1) denial of due process as protected by the Fifth and Fourteenth Amendments in a procedure which, if upheld by the US Senate, would inflict irreparable harm on the plaintiff by depriving him of his livelihood, reputation and public office, and

I have since been advised that, while these arguments may have merit, the Roberts Supreme Court has shown itself too timid to adjudicate balance of power issues if there is any other option available. In this case, such an option exists in the ambiguity of the constitutional language concerning impeachment. It is therefore unlikely to accept this case.

While I am still an advocate of testing the strategy above, it seems wise to state the case in a broader context. What follows is a case for changing the rules of impeachment – by whatever means. This case stands even if the current impeachment reaches and is resolved by the Senate. The rules must be changed for all future adventures of this kind.

My concern is not to protect the current president. Rather, I am looking for a means to protect the nation from partisan usurpation of ultimate power, which this case portends if allowed to stand.

Partisanship has proven to be an effective means for limiting the power of one group or view of specific issues from dominating our government. It is not, however, a useful basis for taking over the government, and the last two impeachment cases have shown that partisan loyalty, not pursuit of justice, has governed the votes of the members of both Houses of Congress.

Our democratic elections are thus based on this very fragile foundation. A new set of rules has to be developed and adopted in order to preserve our democracy — whether by the Supreme Court, a Constitutional Convention, legislation, or a constitutional amendment. Otherwise, we could be witnessing the beginning of the end of checks and balances.

We cannot let this happen. But, if the current House impeachment process is allowed to stand as the prevailing precedent, our democratic elections are doomed to fall.