Freedom Centers Constitutional and Political Freedom YES, TRUMP IS OBNOXIOUS. AND IF PELOSI WERE LESS S ...

YES, TRUMP IS OBNOXIOUS. AND IF PELOSI WERE LESS SO, THE DEMOCRATS MIGHT NOT BE LOSING 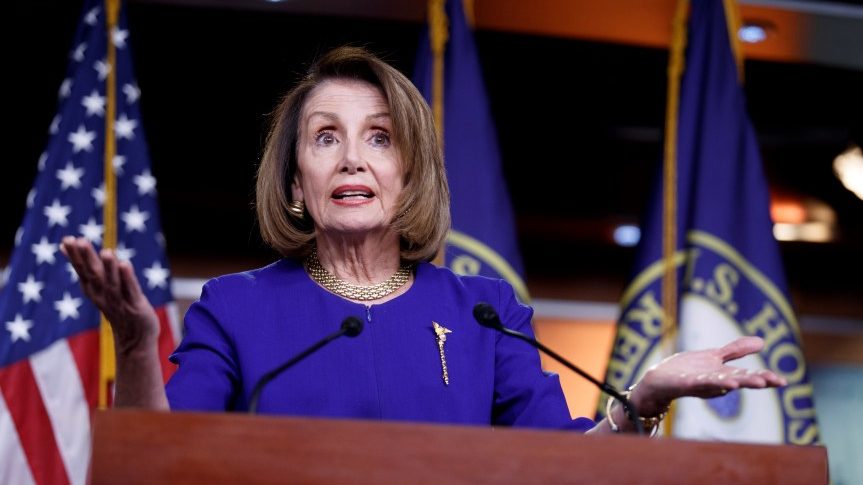 It’s been a week and people are still fretting over the president’s most recent address to Congress. That’s unusual. State of the Union addresses are usually forgotten as soon as they’re over, dismissed as a lot of hot air and bluster that will not affect events as they move forward.

Not the president’s latest. Democrats are still complaining. To be fair, they’re on the money when they say it seemed more like a political rally than an official state occasion, but what did they expect? Donald Trump is a promoter at heart and a reality TV star, and he used every rhetorical device at his disposal to take his message right to the American people.

It worked, and well. If you have any doubt, consider the number of people who don’t like Trump still whining about it. The louder and longer they complain, the better things went for the president, something his post-speech bump in his approval rating demonstrates. For the first time, Democrats may be having to face the possibility that they’ve been farther out on a limb than is safe.

Consider that the enduring image of the speech, the one firmly fixed in voters’ minds, has nothing to do with Trump or his presidency or any of the made-for-TV moments involving his guests in the gallery. The one thing people remember, the one thing they see in their heads when they think about the speech, is the look on House Speaker Nancy Pelosi’s face when she ripped her copy into pieces as soon as he was finished.Ads by scrollerads.com

The best thing the Democrats have going for them headed into the next election is how unlikable, how obnoxious the president can be. As I’ve written before, he’s a living, breathing reminder to the rest of the country why they dislike New Yorkers so much. All the opposition had to do was sit there and smile, and they’d be favored to win in 2020.

Thanks to Pelosi, that advantage has, at least for the moment, been lost. She gave it away because of her self-righteous belief, shared by far too many in her party’s leadership, that most of the country hates Trump like she does.

“Flyover Country,” as the coastal elites deride it, is not San Francisco, Chicago or New York. You don’t have to look at the 2016 electoral map to see which candidates won what counties to see that. And that, at least in the current system, matters because that’s how we elect presidents. You can’t win just by running the numbers up in the major cities controlled by one party. You must win in Utah and Iowa and Alabama too.

The Republicans are having a field day with the footage of Pelosi tearing up Trump’s address. She tore up, they say, the story of a reunited military family. Of a little girl given a chance for a better future by an opportunity scholarship that will get her out of a failing public school. Of a 100-year-old newly promoted Air Force veteran who served his country faithfully in three wars over 30 years—even while it was doing him disservice after disservice because of the color of his skin—and of his grandson who wants to soar into the stars.

The Democrats are complaining that’s unfair. It’s not. Those stories were just as much a part of the speech as Trump’s list of his administration’s accomplishments, which she and her fellow party members write off as “lies.” They’ve gotten away with that for so long they’ve forgotten they need to address the opposition rather than ignore it.

Pelosi and company thought they had the upper hand. They’re coming to realize they don’t—and they don’t know what to do about it. No less than Alan Dershowitz, the Harvard law professor emeritus who used to be the go-to guy for the official liberal position, has defected to Trump and is calling for Pelosi’s head, along with that of Senate Minority Leader Chuck Schumer. This is neither incidental nor inconsequential. And, when coupled with top political consultant James Carville‘s recent comments about how silly (or a word to that effect) the presidential candidates’ platforms are, should be sending up red flags all over the place.

Republicans, meanwhile, need to prepare for the moment—which should happen right after New Hampshire—for the Pelosi and company to realize they just might lose, and lose big, in 2020. If they do, things could get ugly.