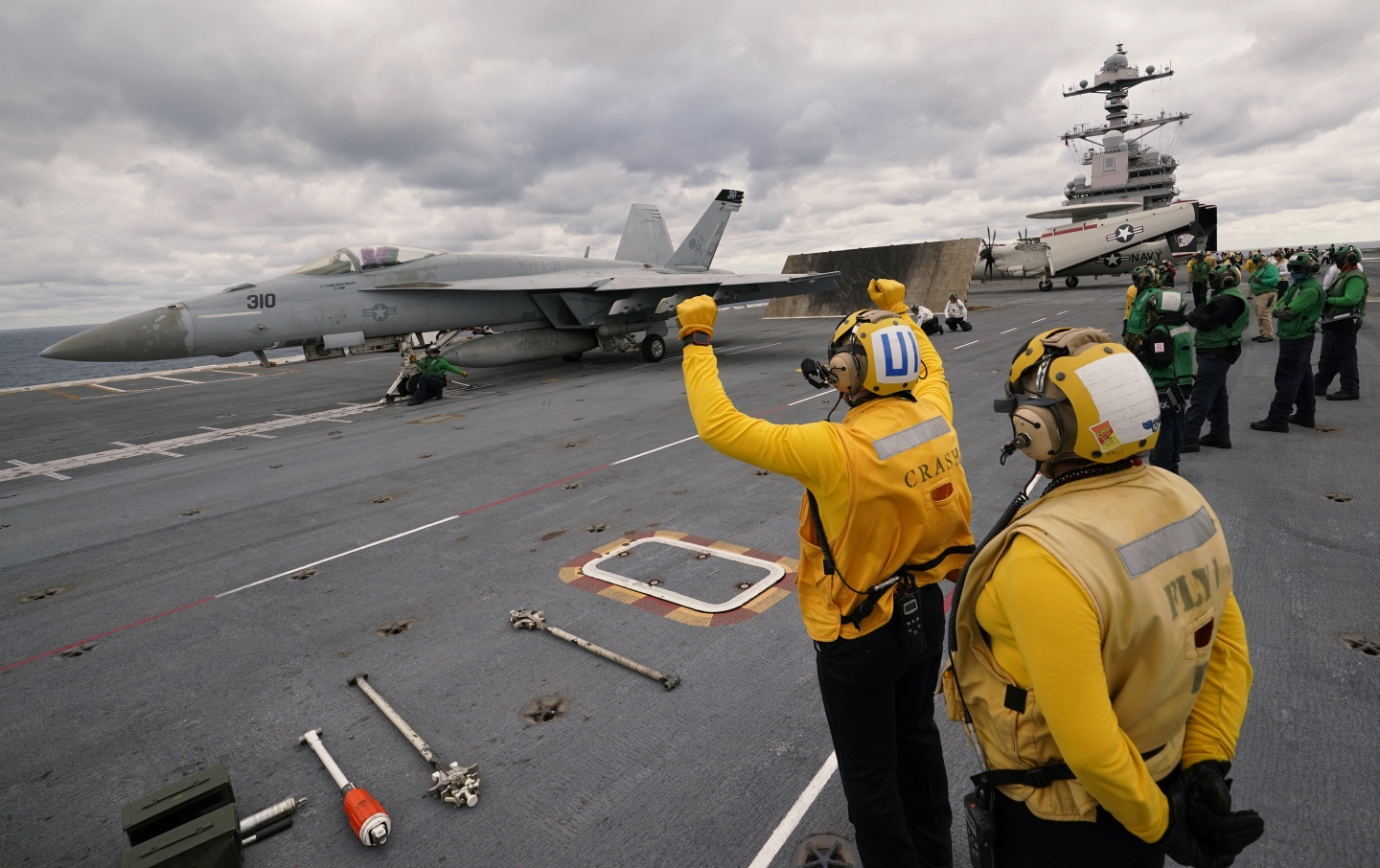 It’s a rare occasion when a Hollywood movie teaches us something about a serious topic like national security. But in Top Gun: Maverick Hollywood actually got some important things right.

The next generation or block of the upgraded F-18 Super Hornet has signature improvements to reduce its radar cross section. It has an air frame that will last almost double the operation time as previous versions. It has the most advanced network connectivity and data link systems available — allowing pilots to connect to a plethora of information about what risks are around them and what lies over the horizon. The next generation F-18 has an expanded range and the ability to counter stealth technologies. And its cockpit systems gives the pilot an unprecedented level situational awareness.

The F-18 isn’t simply a time-tested and proven fighter. The new upgraded F-18 has incorporated some of the most advanced technologies — even more rapidly in some cases than our latest high-tech joint strike fighter, the F-35.

We live in a dangerous world. For years, the risk was widely perceived as coming primarily from terrorists. While terrorism will be an ongoing security issue and cannot be ignored, it is not the greatest threat we face. China has been preparing for a confrontation with the United States for the past 30 or more years. Putin’s Russia is threatening the world with nuclear war. Iran is on the precipice of developing its own nuclear weapons. And North Korea is once again testing nuclear weapons that can strike the U.S.

Because we were focused primarily on defeating terrorism, we have made some budgeting decisions that have left us at risk from other threats — like communist China. We have for example, a shortage of strike fighters for our aircraft carriers. If we needed our aircraft carriers to deploy, we would have a number of them that wouldn’t have enough planes to help defend America. This is a serious problem and the risks are growing.

It is critical that we not be vulnerable, or even appear so. For example, recent missteps in Afghanistan may well have signaled a weakness to Putin and emboldened him to launch another attack on Ukraine — spreading fears of another world war and even nuclear war.

Thus, if we desire to convince the Chinese communist regime that threatening the US is not in their interests, we must be, and appear, strong. While Taiwan may be their first testing ground, it will not end there. China’s totalitarian leadership has been clear that they intend to confront and defeat the US and dominate the world.

While it makes perfect sense to develop next generation technology so that we are always, even in the future, providing our war fighters with the most capable tools to defend our nation, it is unwise to fund future technologies by reducing our current ability to defend ourselves.

We must both prepare for the future and be prepared today. And that is why the new, upgraded F-18 Super Hornet is such an important tool. It is highly capable and brings to bear so much new technology that it will be an impressive part of our national security arsenal for years to come — while keeping procurement and operation costs low so that the future isn’t neglected.

Not only do we get an amazingly advanced tactical fighter, we get it here and now and at a relatively low cost. So our war fighters win, the tax payers win, and our adversaries lose. That’s exactly what we should be doing. In the words of Ronald Reagan, “We win, they lose!”

It may take Congress to intervene to be sure that we are closing the gap on the Navy’s strike fighter shortfall. To be blunt, slowly chipping away at the shortage is a dangerous risk. If China sees us fixing the problem over a decade or so, they may well accelerate their aggressive plans so that they can strike before we fix the chinks in our armor.

Additionally, there is reason to question whether the current Pentagon leadership is capable of the decision-making needed to successfully navigate the next decade with the increased dangers coming from China and their unholy alliance with Russia, North Korea and Iran. Let’s be honest, the disastrous withdrawal from Afghanistan didn’t need to turn out that way. It would have taken only a little bit of strategic thinking and planning to ensure that we could withdraw on our terms, keeping our soldiers and allies safe.

It is time for Congress to use its budget power to ensure that our strike fighter shortage is resolved ASAP. Our enemies are dedicated to exploiting any weakness in our defenses. We must rapidly close the significant fighter shortfall that hamstrings our carrier fleet. Failure to act would be both irresponsible and dangerous and our adversaries would surely cheer. Let’s not give China’s totalitarian leaders anything to cheer about.

George Landrith is president of Frontiers of Freedom.