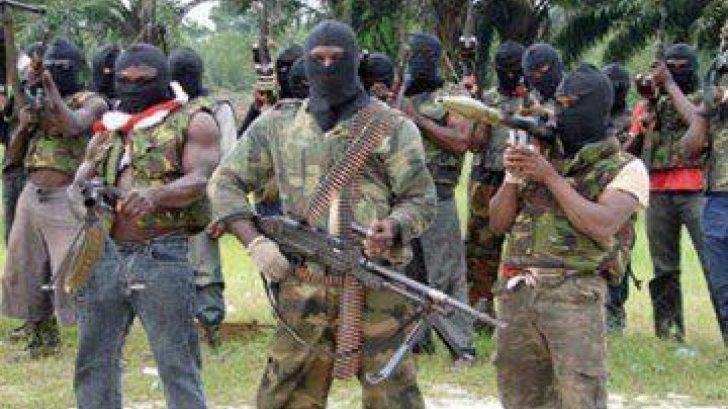 The opportunity exists for the Trump administration to do something now about Nigeria that would lead to real progress in the fight against religious persecution and repeated violations of the rule of law, would help to root out corruption, and deal a significant blow to the Boko Haram terror group.

The lever available to the U.S. government to do this is $300 million in stolen monies soon to come under U.S. control currently frozen in British and Crown of Jersey accounts at America’s request. Nigeria wants it back and, before America acts, the pressure it’s applying to President Muhammadu Buhari for reforms needs to be stepped up.

If successful, it would be a big win. U.S. authorities should be dubious about transferring monies back to Nigeria’s control considering there’s a good chance it would be passed back to back to ruling-party officials who were complicit in the original theft. More than that, considering the longstanding corruption in the government of Africa’s most populous nation and the disturbing pattern of human rights abuses committed by Buhari’s regime, it’s not clear the U.S. should turn the money over at all unless and until real reforms are adopted.

Look at the record. According to the Humanitarian Aid Relief Trust, over the past two years, thousands of Nigerian Christians have been murdered. The European Parliamentrecently blasted the government over ongoing human rights violations. Amnesty International issued a condemnation over the use of “security agents and (the) judiciary as a tool for persecuting people who voice dissenting opinions.” Innocent reform advocates like Grace Taiga, a retired civil servant and practicing Christian, and opposition Senator Shehu Sani have been targeted by the regime and journalists critical of it like Omoyele Sowore has been jailed.

These actions and others led the U.S. government to put Nigeria on a special watch list. Washington must now use its leverage to demand change. Instead, under a plan worked out with Buhari, America may soon green-light the release of these funds back to Nigeria where, in a defeat for the cause of justice, it ultimately may be disbursed to local projects run by contractors with a questionable and corrupt history in violation of the Foreign Corrupt Practices Act.

Rather than allow this, the U.S. government must push Buhari to end his government’s blatant disregard for the rule of law, institute real anti-corruption efforts, and stop the ongoing attacks on Christians and other religious minorities by Boko Haram and other groups.

That the decision on the disposition of the funds in question rests with Attorney General William P. Barr rather than the U.S. State Department of State is comforting. Barr is someone for whom, criticism from the left notwithstanding, the rule of law matters. And he’s shown he can swing the hammer hard when he wants to.

Before deciding what to do, Barr should look at a similar case involving the Justice Department, which is refusing to hand over $100 million in stolen, laundered money it says can be traced back to Atiku Bagudu, the current governor of Nigeria’s Kebbi State and a prominent member of Buhari’s ruling APC party. In recent U.S. court filings, Nigeria asserted a 17-year-old deal could lead to the funds being given directly back to Bagudu. Another agreement, made by Buhari’s people in October 2018 would transfer a sizeable portion of an investment portfolio worth $155 million to Bagudu if it ever again came under Nigeria’s control.

Any agreement regarding the repatriation of these stolen assets must be carefully weighed against the escalating human rights violations and the corruption that persists throughout Nigeria. A detailed assessment is needed to determine whether the penalties allowed under the Global Magnitsky Act and Frank R. Wolf International Religious Freedom Act should be invoked to address the gross human rights violations spearheaded by President Buhari’s inner circle like those targeted at Christians and other religious minorities.

Attorney General Barr and the U.S. government have a powerful lever to use to move the Nigerians toward getting their act together. They should do so forthwith. The U.S. must uphold the rule of law to stop the persecution and send a signal to the Nigerian Government that human rights are essential and violations of such will be to the detriment of any strong government-to-government relationship.