Freedom Centers Constitutional and Political Freedom Twitter Has Too Much Power Over America, And It Ne ...

Twitter Has Too Much Power Over America, And It Needs To End

It’s not enough to kick conservatives off of Twitter. Narrative control is the goal. Any alternative, any other avenue of ‘freer’ speech, must be shut down.

By Rachel Bovard • The Federalist 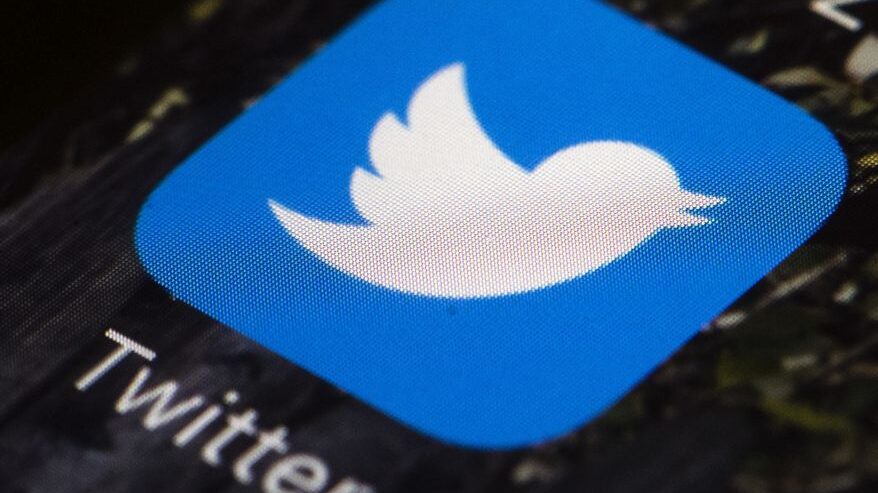 The dominant Big Tech companies’ power to control the access and availability of information was unmasked during the Donald Trump presidency. The full extent and intent of that power has been further exposed in the 2020 election.

From Facebook, to Google, to Twitter, it is now clear that these companies have every intention of using the unprecedented control they have amassed, not to facilitate a diversity of speech and viewpoints, but to shape national narratives in the direction they prefer. Users—even those who are elected—will comply, or be banned.

Twitter, in particular, has shed any pretense of being a platform interested in facilitating free expression. In 2011, Twitter CEO Dick Costolo characterized Twitter as “the free speech wing of the free speech party.” The sentiment was echoed a year later by Tony Wang, general manager at Twitter UK, who claimed the company’s founding principles compelled it to remain “neutral” about the content its users posted.

Nearly a decade later, those sentiments have flipped. Twitter has spent the Trump years aggressing against the president, placing his tweets behind filters, blocking his press secretary, and censoring his Senate-confirmed advisors.

The platform aggressively ran interference for the Joe Biden campaign, refusing to allow a New York Post story detailing corruption in the Biden family from circulating on its platform. Users were prohibited for weeks from sharing the story, and their accounts were locked if they did.

Even the use of direct messages—Twitter’s supposedly private communication tool—was screened and filtered for wrong-think. That practice has continued outside of sharing the Hunter Biden story, casting doubt on Twitter’s claim that the company doesn’t read your direct messages. It is clear that, at least in some capacity, they do.

More than One Way to Rig an Election

All of this was under the guise of preventing “misinformation” from spreading on Twitter—that, presumably, could inform voter behavior. This made it all the more bizarre when Twitter’s deeply weird CEO, Jack Dorsey, claimed while under oath to the Senate Commerce Committee that the platform has no ability to influence election outcomes.

Sen. Ted Cruz, who had asked Dorsey the question, appeared almost caught off-guard by the absurdity of the claim. Cruz responded with the obvious follow-up. If you can’t influence election outcomes, he said, then why do you moderate political content at all?

But Twitter does moderate political content, and they very clearly do so in one direction. In the wake of the election, under the guise of moderating for “misinformation” and “fomenting violence,” the platform has banned the bombastic former Trump advisor Steve Bannon for stating that he’d like to see Dr. Anthony Fauci’s “head on a pike,” while happily allowing comedian Kathy Griffin to re-post her notorious photo of a beheaded Trump.

Richard Baris, one of the few pollsters who was right about the 2020 election results, had his account blocked for tweeting his findings about voter fraud. And not just his account, but that of his business, his newsletter, and his wife. There was “no reason given,” he said in a post on Parler, where he had just opened an account.

Parler, which has grown in popularity among conservatives as a Twitter alternative, is predictably being labeled as “a threat to democracy” by CNN. It’s not enough to kick conservatives off of Twitter. Narrative control is the goal. Any alternative, any other avenue of “freer” speech, must be shut down.

Defenders of the social media platforms often do so in a vacuum. They defend Twitter’s content moderation as a private company expressing its First Amendment rights. Not only does this argument ignore that Twitter, like Facebook and Google, exercises its First Amendment rights in a privileged manner, it intentionally sidesteps the consequences Twitter’s actions have on Americans’ ability to consume news, think for themselves, and express their views away from Twitter.

Social media platforms are no longer merely independent actors, facilitating information sharing and viewpoints. Increasingly, they inform the news. Although it has a far smaller market share than Facebook and Google, Twitter has the most news-focused users and a much broader share of continuous, minute-by-minute engagement by news outlets, media elites, elected officials, and public policy intellectuals. Their engagement with the platform drives, and very much determines, news coverage.

“Though Twitter may not be a huge overall source of traffic to news websites relative to Facebook and Google, it serves a unique place in the link economy,” said a report by Nieman Labs in 2016. “News really does ‘start’ on Twitter.”

Recall the absurd story in 2017 that Trump killed an entire pond of koi fish while on an official visit in Japan. Multiple news outlets breathlessly covered the story, speculating wildly about the fish and mocking Trump. That story, which was false, began with tweets—not filed stories—from news outlets and reporters. The tweets then directedcoverage on multiple outlets.

Tucker Carlson, who has the most-watched cable news show in the country, spent the summer covering the violent elements of the Black Lives Matter protests in ways that every other network refused to do. Much of the coverage he aired on his show came from videos posted to Twitter by reporters on the ground, outside of the mainstream networks.

Earlier this month, Axios reported that newsrooms are planning “to invest more heavily in coverage of social media and internet trends as a way to observe political sentiment from a wider group of people.”

Twitter does far less to facilitate the news than it does to make it. Thus its content moderation decisions have ramifications far beyond Twitter. They echo down the corridors of what makes news in America, and who is allowed to do it, and what ordinary Americans are allowed to say about it. This means Twitter plays an outsized role in creating, gatekeeping, and sustaining the national narrative.

Twitter’s offline consequences extend beyond its manipulation of the news narrative, as Twitter is increasingly the woke mob’s favorite venue of cancellation.

Late last week, a Twitter user with minimal followers complaint-tweeted at Target because it sold a book by Abigail Shrier questioning the wisdom of promoting irreversible transgender surgery and hormone therapy for children. Target subsequently banned the book, although it was later reinstated after public outcry.The platform’s role in the viral nature of cancel culture belies the notion that these are merely ‘private platforms’ with no larger effects.

The Lincoln Project tweeted the images of two attorneys working for the Trump campaign, their emails, phone numbers, and photos alongside the phrase “make them famous.” Twitter allowed the tweet to circulate on its platform for hours before it was finally removed.

Twitter does not drive these cancellation decisions as a matter of policy, but the platform’s role in the viral nature of cancel culture belies the notion that these are merely “private platforms” with no larger effects on free speech, free thought, and free behavior in America.

They also raise troubling questions about how that role will evolve. As the left continues to push for a social credit system—that is, say or suggest wrongthink, get banned from polite society—what role will social media play as the reporting Stasi arm of the woke mob?

Big Tech has grown from a handful of Silicon Valley startups to a handful of the most powerful companies in the world, exercising unprecedented control over minds, markets, behavior, and independent thought. They are changing how we live together.

How we choose to deal with them, politically, is less a binary question of “regulation” or “government interference in business” than it is, truly, a question of the social order; of who sets the terms of social engagement. Is it a free people, speaking through their rights and representative government, or a set of corporations weaponized by an illiberal woke agenda controlling our news narrative, information gathering, and social and cultural compliance?