A rise in terrorist attacks is further evidence that the global appeal of ISIS-inspired jihad is not dwindling. 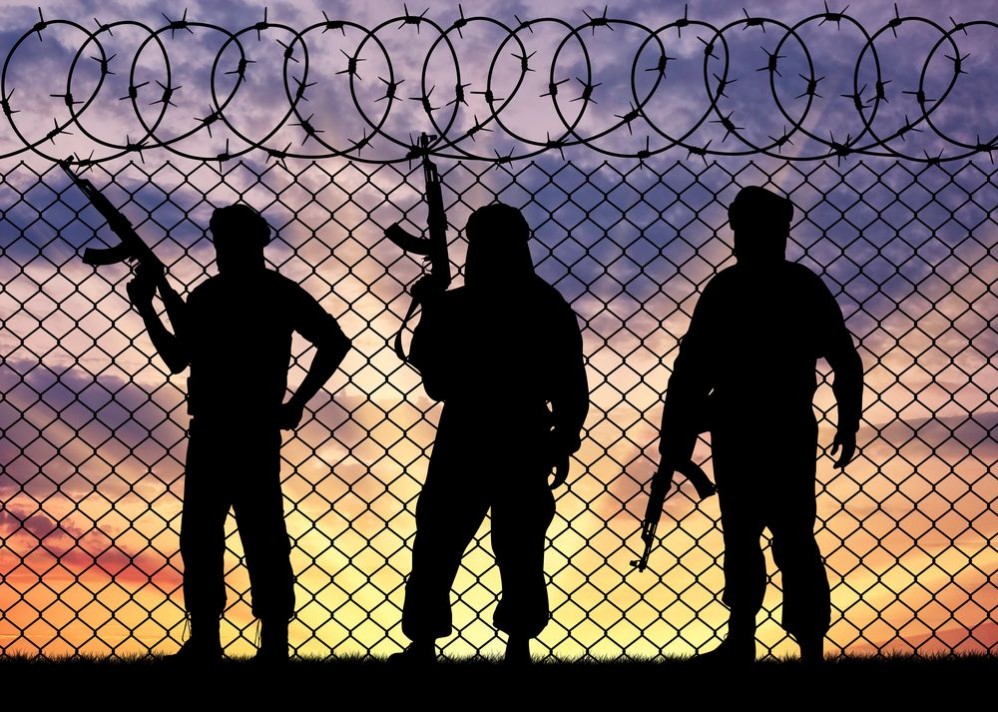 It seems every couple of days we hear about another ISIS-linked terrorist attack. The global appeal of the radical Islamist group is on the ascendant as it is continually able to inspire young Muslim men to wreak havoc in its name, from Orlando to Istanbul. Rather than a sign of the success of the U.S.-led assault on ISIS’ territorial claims, the growing frequency of terrorist attacks are, in part, a product of our own negligence.

Last Tuesday, three gunmen wearing suicide vests attacked the international terminal at Turkey’s Atatürk airport in Istanbul, killing 45 and injuring more than 200. Although ISIS hasn’t yet claimed responsibility, Turkish officials told the United States the organizer of the attack was a former commander of an Islamic State battalion in Syria.

On Sunday, Iraq suffered its deadliest attack since 2003, when ISIS attacked a busy neighborhood of Baghdad with a truck bomb that caused a massive fire, killing more than 215 people. On Friday, five gunmen killed 22 hostages in an attack on a café in an affluent neighborhood in Dhaka, Bangladesh, for which ISIS claimed responsibility.

On Monday, three separate suicide bombings were carried out in different parts of Saudi Arabia—one near the Prophet’s Mosque in Medina, where hundreds were gathered to break the Ramadan fast, another in a Shiite mosque in the eastern city of Qatif, and yet another near a U.S. diplomatic site in Jeddah. Four people were killed in these attacks.

Many have claimed that the surge of ISIS-led or -inspired terrorist attacks are the desperate moves of an organization back on its heels as a result of the U.S.-led coalition’s fight against the self-proclaimed caliphate in Syria and Iraq. The surge in attacks, this argument goes, proves that the coalition’s efforts are working. But this is a perverted sort of logic: the proof that the fight against ISIS is working is supposedly the rise in terrorist attacks. In no other circumstance would we argue that failure equals success.

However, others, like the Brookings Institution’s Bruce Riedel, argue ISIS would be pursuing this strategy abroad even if the caliphate were thriving. After all, its goal is to fight the infidel, whether non-Muslims or apostates. This erodes the narrative that the coalition is weakening ISIS. Yes, ISIS lost control of Fallujah, and is suffering financially. But we shouldn’t underestimate its ability to adapt its mission and methods.

ISIS’ goal is to oppose the West and all those it sees as apostates, whether that means in the form of a territorial caliphate that adopts the harshest Sunni interpretation of sharia law and rejects all things Western, or by hitting Western and apostate targets in the West, the Middle East, and Southeast Asia. Both strategies advance the objective.

The rise in attacks, moreover, is further evidence that the global appeal of ISIS-inspired jihad is not dwindling. This is due, in part, to U.S. negligence, not just militarily, but rhetorically and diplomatically.

We are all, by now, familiar with the Obama administration’s stubborn repudiation of identifying Islam when discussing terrorist attacks at home and abroad. Far beyond public statements, this philosophy has spread throughout our law enforcement and counter-terrorism efforts. All references to Islam, jihad, sharia, etc., were “purged” from training materials at the FBI and Department of Homeland Security (DHS) at the behest of the group Muslim Advocates.

This is consistent with the Obama administration seeking advice from groups with Islamist ties, like the Council on American-Islamic Relations (CAIR). CAIR was found to be associated with Hamas, the terrorist group with roots in the Muslim Brotherhood, in the Holy Land Foundation trial in 2008. By looking primarily to Islamists for cues on how to address Islamic terrorism and engage the Muslim community, the administration is crippling its own ability to view the threat with clarity.

The White House’s diplomatic gestures further indicate the administration’s dereliction of duty in the fight against Islamic extremism. Take President Obama’s absence from the Paris unity march after the Charlie Hebdo attacks in January 2015. Dozens of world leaders were present, including British Prime Minister David Cameron, German Chancellor Angela Merkel, and Israeli Prime Minister Benjamin Netanyahu. But our president didn’t think it was worth his time and attention. Neither did Vice President Joe Biden or Secretary of State John Kerry.

In fact, the U.S. ambassador to France, Jane Hartley, was the only U.S. official present. In an embarrassing attempt at damage control, Kerry appeared in Paris a few days later with James Taylor to sing “You’ve Got a Friend.”

After the Paris nightclub attacks in November, Kerry vaguely described ISIS’ motives, arguing that while the Charlie Hebdo attacks “perhaps” had a “legitimacy” or “rationale that you could attach yourself to,” indicating that murder is an appropriate reaction to insulting Mohammed, the November attacks were “absolutely indiscriminate,” demonstrating for the hundredth time how little the administration seems to understand this very serious threat, not just to our national security but also to global stability.

Muslim extremists around the world see that the American government and much of American society do not take this threat seriously, and can’t or won’t admit its theological origins. Rather than feeling on the run, ISIS and the men it inspires to jihad must feel emboldened by this. Imagine the sense of being untouchable because the most powerful country in the world is practically giving your actions a pass—or acting as though they were random.

The United States not only won’t pursue a genuine fight against ISIS’ ideology, but the Obama administration is even lending an ear to Islamists at home. By censoring counter-terrorism training materials, our leaders are making it easier and easier for would-be terrorists to be radicalized at home and plan jihadist attacks under the radar of the FBI and DHS.

The Left continually insists, as Muslim Advocates President Farhana Khera did at last week’s Senate hearing, that by talking about Islam in any capacity when discussing terrorism, we are playing into ISIS’ hands. The argument is that groups like ISIS and al-Qaeda want nothing more than for the West and moderate Muslims to attack Islam. To what end isn’t clear.

Al-Qaeda may be frustrated it can’t get the West to believe its motives—last week it released a special edition of their magazine, Inspire, in which it called on jihadists to “avoid targeting places and crowds where minorities are generally found” so their religious motives will be believed. But this isn’t because al-Qaeda wants to instigate animosity between Muslims and the West. It’s doing that by inspiring jihad. It simply wants the West to believe al-Qaeda is fighting a holy war.

Groups like al-Qaeda and ISIS, and all those who would be called on to perpetrate attacks, are taking advantage of America’s varied neglect in the fight against radical Islam. And it’s taking its toll around the globe.