US Must Secure High-Tech Capacity From China’s Adventurism 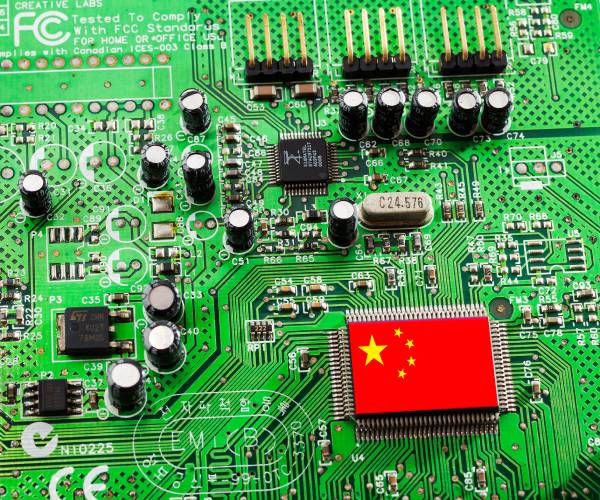 If we’ve learned anything from the COVID-19 virus, it is that dependence on the Communist country is dangerous. For example, the Chinese authorities stopped a ship in transit filled with paid-for medical supplies at a strategic moment, hoping to hold us hostage. The Communist regime mixes all Chinese businesses with its military objectives using economics, trade and a growing dominance in the high-tech world to make their power and military might in the world greater.

That party has even bragged of its future capacity to attack and defeat the United States during an international pandemic. We must understand therefore that China isn’t merely a trading partner, it is also a dangerous international enemy. In response, we must always maintain a strong military. That is obvious. But what may not be quite so obvious, but every bit as important:

We must maintain our high-tech advantages and not make ourselves dependent upon a hostile power.

The Trump administration has been aware of these risks and has taken steps to stop China’s high-tech adventurism.

The administration recently enacted restrictions on Chinese tech company Huawei, which is infamous for placing backdoors in their chips so that the communist regime has control over any device with Huawei chipsets. This alone should make it clear the U.S. can never allow itself to become dependent upon China for its technology. Imagine American fighter jets, radars and missile defense that would work only if the communist regime in China decided not to switch them off.

If we look more deeply into the details though, there is lot that needs to be improved if this deal is to truly advance America’s economic and security interests.

First, the deal would build a factory that when complete will be building yesterday’s chip sets. The factory is currently planned to make 5 nanometer chips. But the next generation 3 nanometer chips are just a few years off. Given that the factory won’t be fully complete until 2030, it should be built to manufacture the highest tech chips — not ones that will be a generation behind by then. The 5 nanometer chips may still be used widely in consumer electronics in the future, but they won’t be the most powerful, efficient and capable chip sets needed for the most demanding applications.

Bottom line: We won’t be getting a facility capable of manufacturing the highest tech chip sets that will be needed in the future. However, TSMC is updating some of its facilities in Asia to build these next generation 3 nanometer chipsets. So we should insist that if we’re going to build a chip factory in the U.S., it must be a top of the line, high-tech factory — not yesterday’s tech.

The planned factory would also have a relatively low monthly output capacity. Other TSMC factories can produce more than five times the monthly capacity of the proposed U.S. factory. If the planned factory is too small to truly act as a counterweight to China’s plans or to make us truly independent of China’s high-tech tentacles, it doesn’t actually do that much to make America stronger or safer. We should insist therefore that the factory capacity be expanded to make it a true counter-balance to China’s aims.

Here is a solution to all of these concerns — the U.S. requires TSMC as a condition of the deal to form a joint venture with an American firm. It could increase the available funding to build a factory capable of manufacturing the latest and greatest and most powerful chipsets. Moreover, it would allow the factory to be built bigger so that its monthly capacity qualifies it as a true, cutting edge “Gigafab” facility. And finally, a joint venture with an American firm would insulate the venture from China’s active efforts to co-opt strategic businesses and thereby make America and others dependent or at risk to China’s designs.

The Trump administration is smart to build positive relationships that strengthen America and reduce our dependence upon China. But the details matter, and the deal with TSMC needs some serious improvement if it is to truly end our dependence on high tech semiconductors that are within China’s orbit. The last 30 years have been disastrous for American manufacturing. China has been the primary beneficiary of those wrong-headed policies, taxes and regulations that drove business overseas. Hopefully, the COVID-19 virus has woken us up to the malignancy of the communist regime and the risks of relying up on it for things that are fundamental to our security.