Freedom Centers Economic Freedom What to do about the US Postal Service ...

What to do about the US Postal Service

By Peter Roff • The Washington Examiner 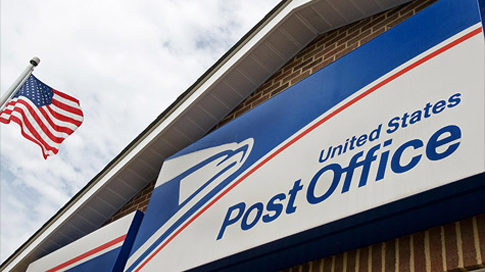 The future of the United States Postal Service isn’t really in President Trump’s hands, despite what his critics are saying. The service is hemorrhaging money.

The COVID-19 crisis has imposed demands on the USPS that may be unprecedented. And Congress may eventually need to provide some emergency assistance for it to survive. But its future course will be charted by others. The one person who really counts is Louis Dejoy, the North Carolina businessman whom Trump recently named (and whom the postal Board of Governors unanimously approved) to be the next postmaster general.

Critics have derided Dejoy as nothing but an influential GOP fundraiser and Trump supporter named to the job to carry the president’s water. That’s unfair. He’s a successful entrepreneur who, in 1983, started a company, New Breed Logistics, that brought him into collaboration with the Postal Service as well as Boeing, Disney, and other well-known U.S. companies needing supply chain logistics, program management, and transportation support.

After New Breed was acquired by Connecticut-based XPO Logistics for more than $600 million, Dejoy became CEO of its supply chain business and, after he retired in 2015, a member of the board of the parent company. Clearly, he knows a thing or two about shipping, packaging, and the other functions that are the core business of the U.S. Postal Service.

He’s only the fifth person from outside the Postal Service chosen to lead it since 1971 when it was spun-off as a quasi-private corporation. His experience in private business should be a tremendous asset in helping right a ship afloat on a sea of red ink.

Hopefully, he will be of independent mind and push back against Trump’s instant call to triple, quadruple, or quintuple the price the Postal Service charges to ship packages. It’s one of few parts of the USPS that makes any money ⁠— according to some estimates, it now accounts for over $8 billion in net annual revenue ⁠— because it competes effectively with private shippers.

Trump’s plan to charge more to get more would work if the package service functioned like first-class mail, over which the Postal Service has a monopoly. It doesn’t, so raising package delivery prices will not work as he hopes. The environment is highly competitive, meaning one vendor’s price increases will generally drive customers to other vendors who do the same thing, but cheaper.

What the president wants will add to the Postal Service’s operating debt, not pay it down. As an experienced, successful businessman, Dejoy should be able to comprehend this easily. The question is whether he can resist the political pressure coming from 1600 Pennsylvania Ave. once he takes over on June 15.

None of this is an argument against postal reform. The USPS is in bad trouble, has been for years, and can’t make up its debt just by raising the price of stamps. Serious changes are needed, the kind which postmasters general coming from inside the service probably reject instinctively. If Congress is to give the Postal Service the money House Speaker Nancy Pelosi and others say is needed to see it through the end of the year, reform is in order. Handing over a blank check without insisting things be done differently would just be putting off the inevitable.

Postal reform legislation is unlikely in the middle of the COVID-19 crisis, but there are steps Dejoy can take that Congress, the board of governors, and the American taxpayers would probably endorse enthusiastically. The first would be to announce a hiring freeze ⁠— a tactic common in private business when annual revenue looks to be less than expenses. The second would be to order a thorough audit of USPS-owned and leased real estate in preparation for selling, subdividing, and surrendering space that is no longer needed. The third would be to embark on a program to expand third-party relationships in midstream logistics and processing, which, remember, is the industry in which the future postmaster general proved himself to be quite adept.