A Washington Post article erroneously claimed Abraham Lincoln and Karl Marx were ‘friendly and influenced each other,’ and that Lincoln had strong sympathies for socialism.

By Elad Vaida • The Federalist 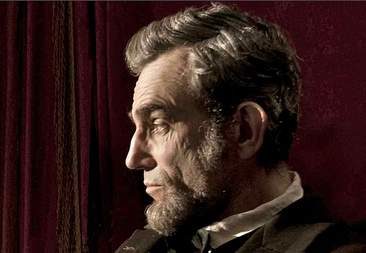 The Washington Post has seen better days. The newspaper that once brought us Watergate published an article last week titled “You know who was into Karl Marx? No, not AOC. Abraham Lincoln,” claiming that Lincoln and Marx were “friendly and influenced each other,” and that Lincoln had strong sympathies for socialism. The article distorts history, and relies on questionable evidence and flimsy anecdotes.

Gillian Brockell, who wrote the article, states that Lincoln was “surrounded by socialists and looked to them for counsel,” citing his close connections with the leadership of the New York Tribune as proof. Brockell mentions Lincoln’s close friendship with Horace Greely, founder of the Tribune, a man who “welcomed the disapproval of those who championed free markets over the interests of the working class, a class he recognized as including both the oppressed slaves of the south and the degraded industrial laborers of the north.”

Lincoln was also close to Charles A. Dana, managing editor for the Tribune and a close friend of Marx. During the Civil War, Dana worked as Lincoln’s “eyes and ears in the War Department,” and the president would wait “eagerly” for his dispatches. Under Dana and Greely’s watch, the Tribune published almost 500 articles by Marx, and since Lincoln was an “avid reader” of the Tribune, Brockell assures us that “it’s nearly guaranteed that… Lincoln was reading Marx.”

Good for Greely, and good for Dana, but what does this have to do with Lincoln being “into Karl Marx”? If being friends with socialists makes you a socialist, that means almost every single conservative on college campuses today would be “into Marx.” Neither does Lincoln’s “avid readership” of the Tribune make him a socialist. It’s not “nearly guaranteed” that he read Marx’s articles, and even if he had, there’s no guarantee he was sympathetic to or agreed with them.

Brockell also cites a perfunctory correspondence between Lincoln and Marx to prove Lincoln’s supposed sympathy for socialism. In January 1865, Marx wrote to Lincoln on behalf of the International Workingmen’s Association, a “group for socialists, communists, anarchists and trade unions,” to “congratulate the American people upon [his] reelection.”

A few weeks later, U.S. Ambassador to Britain Charles Francis Adams wrote back to Marx, saying that Lincoln accepted his message “with a sincere and anxious desire that he may be able to prove himself not unworthy of the confidence which has been recently extended to him…by so many of the friends of humanity and progress throughout the world.”

That’s it? A short congratulatory letter from Marx and a routine diplomatic response from an American ambassador are now proof that Lincoln and Marx were “friendly and influenced each other”?

Brockell graciously concedes that Lincoln was “not a socialist, nor communist, nor Marxist”—which is kind of her to do after spending half the article making the case that the Great Emancipator was cozy with socialists, sympathetic to their cause, and best buds with Karl Marx and Co. It would be even more gracious if she mentioned Lincoln’s view that “it is best for all to leave each man free to acquire property as fast as he can. Some will get wealthy. I don’t believe in a law to prevent a man from getting rich; it would do more harm than good.” You can almost see Marx cringe.

Lincoln put his words into action when he became president. He signed the Homestead Act in 1862, which offered settlers large parcels of land in America’s western territories and streamlined the process for getting land titles, a major economic boost to millions of Americans who wanted to own land. Moreover, in his support for American industry, infrastructure improvements, and higher tariffs, Lincoln seems downright Trumpian.

Yet the biggest difference between Marx and Lincoln is not their economic views, but their views of democracy. Marx saw democratic institutions as the tools the bourgeoisie used to oppress the working class. He favored instituting a “dictatorship of the proletariat,” and once warned that the only way to shorten the “murderous death agonies of the old society and the bloody birth throes of the new society” was “revolutionary terror.”

Lincoln, meanwhile, had an unshakable faith in American democracy. He acknowledged the evil of slavery but knew the best way to destroy it was by working through the constitutional system instituted by the Founding Fathers, not by taking a sledgehammer to our founding ideals. Lincoln favored limiting the expansion of slavery and supported “compensated emancipation,” a system that would pay slaveholders to release their slaves. Only when the southern states seceded did he finally resort to military force to keep the country united.

Most importantly, Lincoln still allowed for democratic elections to take place in 1864, despite the temptation to forego elections during the worst crisis the country had ever experienced. Lincoln’s reelection chances looked very poor in 1864 due to the bloody cost of the Civil War, which had continued for three years with no end in sight. Despite his doubts of victory, he made his cabinet sign a letter to “offer their unwavering loyalty and commitment to the preservation of the Union, regardless of the election’s outcome.”

The most shocking thing in the Post article is its effort to convince us that we don’t need to be worried about socialism. All this fear mongering about socialism, you see, is merely a “new arrow in [Trump’s] quiver of attacks,” a form of neo-McCarthyism. It’s ironic that Brockell warns us that socialism isn’t a rising threat even as she tries to rehabilitate Marx and portray Lincoln as a socialist sympathizer.

Perhaps the Post would have done better to publish a story on Grace Bedell. Grace was an 11-year-old girl who wrote Lincoln, urging him to “let [his] whiskers grow” because he would “look a great deal better” with facial hair. Within a month, Lincoln grew a beard, making an obscure little girl more influential over our 16th president than Karl Marx ever was.