Freedom Centers Constitutional and Political Freedom We Are All Ukrainians ...

We Are All Ukrainians

By Matthew Continetti • The Free Beacon 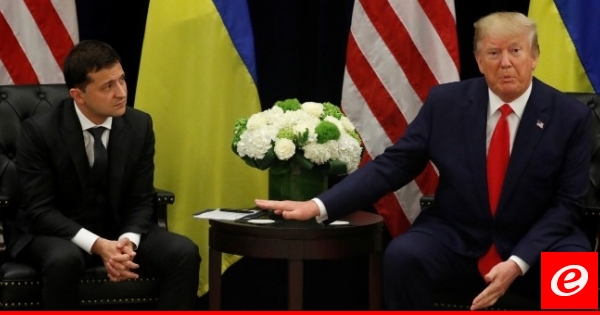 Ironies pile up. Both participants in the July 25 call between President Trump and Ukrainian president Volodymyr Zelensky are outsiders whose fame catapulted them to high office. Foreign policy experts assumed their similar profile would promote goodwill and understanding. That was incorrect. This star-crossed encounter has damaged the careers of both men. It also has thrown light on the nature of their societies.

Reality TV star Trump leveraged social media and anti-establishment politics into a takeover of the Republican Party. In his television show Servant of the People, comedian and filmmaker Zelensky portrayed a high school teacher whose rant against the political class goes viral and becomes the basis for a successful presidential campaign. Servant of the People debuted in 2015 and proved disturbingly prescient. In a double case of life imitating art, both Trump and Zelensky wound up portraying versions of Zelensky’s character Vasyl Petrovych Holoborodko in real life.

What is real life? These days it is hard to tell. The impeachment drama commingles fact and fantasy, ineptitude and insinuation, in a plot that may be more familiar to Ukrainian audiences than to American ones. The opening scene of Servant of the People takes place on a balcony in Kiev overlooking the Maidan. Three oligarchs discuss the forthcoming elections and the rival candidates they support. At the end of the day, the trio concludes, all that matters is they maintain control of the political process. That’s not how it works out.

The show is a comedy. And there are certainly humorous aspects to the present situation. But, if you watch Servant of the People on Netflix today, the parallels between its storyline and contemporary politics are glaring and serious. The fictional conversation described above could have taken place in certain quarters of the United States in 2015, in London in 2016, in Kiev in 2019. It cannot be a good thing that American democracy has taken on some of the characteristics of the Ukrainian version.

In a sense it is fitting that a former province of the Soviet Union beset by corruption, cronyism, and war has become the crux of Democratic efforts to impeach Donald Trump. This beleaguered country is not only a crossroads between West and East, Europe and Eurasia, NATO and Russia. It is also a field from which America’s bipartisan elite has reaped considerable bounties in contracts and directorships, in consulting and lobbying. What has been happening in Ukraine for decades is emblematic of the self-dealing and self-seeking that has exhausted voting publics and inspired populists across the world. Unexpectedly, Trump’s relation to Ukraine threatens the viability of the movements it helped create.

Just as Trump needn’t have broken any laws for the Democrats to impeach him, Hunter Biden needn’t have violated any statute to symbolize the cronyism of America’s political class. It takes the willing suspension of disbelief to argue that politics had nothing to do with the appointment of the son of the vice president to the well-compensated board of an oil and gas giant two months after he was kicked out of the U.S. Navy for cocaine abuse.

And it requires unblinking partisanship to deny that both Republicans and Democrats, from Paul Manafort to Greg Craig, from BGR Group to the defunct Podesta Group, have profited from connections to Ukraine’s various governments and officials. “If you want me to leave the U.S. on Monday 6/16 and return on Friday 6/20,” Democrat Tad Devine wroteRepublican Rick Gates in reference to a Ukraine job in 2014, “that would be 5 days at $10G/day for $50,000.00. You would need to make the travel arrangements, and transfer the $50G before the trip.” That’s top dollar for someone who once consulted a socialist.

For decades, the economies that emerged from the wreckage of the Soviet Empire have been playgrounds for American political professionals to deploy their tricks of the trade, their skills at campaign management and public relations, in lucrative arrangements. Perhaps we should have expected these politicos might return home with pieces of post-Soviet political culture in their carry-ons: love of intrigue, of information operations conducted in digital and social media, of conspiracy theories, of national populism and of socialism, of high-dollar payouts made against the backdrop of gray-zone conflict between authoritarian and democratic states. The vocabulary of American politics has appropriated Russian terminology: maskirovka and kompromat, nomenklatura and czar.

This influence is manifest in the conduct of impeachment so far. Anonymous whistleblowers from within the intelligence services trigger investigations of the president. The speaker of the House announces an impeachment inquiry but does not call the roll. The quasi-official status of the investigation allows the Democratic majority to minimize Republican involvement. Hearings are secret. Selective leaks to media drive the impeachment narrative and consolidate partisan support for the president’s removal. To speak of narratives rather than evidence is to acknowledge our postmodern condition, where interpretations are more powerful than facts.

From Varsity Blues to Jeffrey Epstein, from China and the NBA to Ukraine and Hunter Biden, Americans are taking a crash course on the ways in which powerful people manipulate the system for personal advantage and globalization merges political cultures as well as economies. What has been uncovered as impeachment rolls on does nothing to spur confidence in the integrity of our system. America is exceptional, but our elites are not. Today we are all Ukrainians.