Freedom Centers Defending Freedom What Did Obama Give Away in Europe? ...

What Did Obama Give Away in Europe? 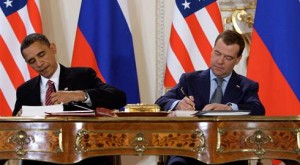 What do missile defense budget cuts and unprecedented presidential bows to foreign monarchs have in common? They both show a startling naiveté and an alarming propensity to misunderstand the world around us and underestimate the risks it poses.

While traveling in Europe, President Obama made headlines when he bowed to King Abdullah of Saudi Arabia and then denied what the video obviously showed. While no U.S. president (other than perhaps Bill Clinton) has bowed to the head of another state since George Washington established the important tradition over 200 years ago, there are even more serious concerns about Obama’s recent overseas travel. It is no secret that Obama’s proposed budget cuts deep into the defense budget — including missile defense.

What is not known is how much of America’s defensive capability did Obama give away while in Europe.

Just like Obama’s bow to the Saudi king, his cuts to missile defense and other important defense matters show the world that he wants to be liked more than he wants to be respected, that he is weak, and he is not resolute.

The big question — which foreign leaders have the answer to but Americans do not — is what did Obama give away while he traveled abroad? Did he further slash our ability to defend against nuclear ballistic missile attack? Some reports suggest that he signaled to European allies that missile defense will be further cut from his list of priorities.

The United States had agreements with Poland and the Czech Republic to install missile interceptors and the advanced radar needed to better detect, track and shoot down ballistic missiles. This agreement would protect Europe and the United States from missile attack and strengthen our diplomatic efforts — as our allies will more readily see the world from our vantage point if we can protect them from the threats of dangerous rogue nations. That means stronger defense and better diplomacy.

With budget cuts already reducing our ability to defend against missile attack, what else did Obama give away when he was not bowing to foreign monarchs? Did he tell our European allies that the United States has changed its mind about defending the U.S. and Europe from missile attack? We need to know. Obama promised candid, open and honest government.

Obama has already announced dramatic cuts to missile defense and other important weapon systems such as the F-22 fighter jet. We live in a dangerous world and our fighting men and women deserve every advantage in their effort to keep America safe. We cannot delay the new air refueling tankers or the Future Combat Systems. We cannot postpone increasing troop levels and training.

Obama’s claim that we all must tighten our belt in tough times rings hollow when all the belt-tightening he imposes is on us, not on our adversaries. Obama’s claim that he will project strength and toughness also rings hollow when he cuts from the budget the technology and equipment needed by our fighting men and women to defend this nation while at the same time he is bowing to foreign monarchs and then denying the obvious bow.

President Obama must put national security and defense ahead of personal political ambition and politics. All successful presidents have done precisely that. Sadly, presidents who played politics with national security were failed presidents. President Obama is at a cross roads. He has taken several steps down the wrong path towards failure. But it is not too late. He must retrace his steps and get back on the right path. He can start by renewing America’s commitment to missile defense and by showing the world that defense will always be a top priority.

This is not merely symbolism — Mahmoud Ahmadinejad and Kim Jong-il, among others, are watching and taking note.

Americans should demand that Obama come clean.  Did he compromise European missile defense?  Americans are entitled to know.