Freedom Centers Defending Freedom The Airborne Laser is an Important Part of America ...

The Airborne Laser is an Important Part of America’s Missile Defenses: Tests Prove It 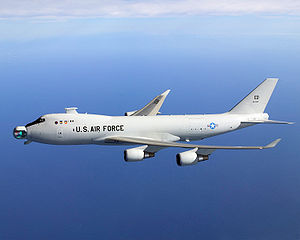 Late this spring and then again earlier this summer, there were successful in-flight tests of the Airborne Laser (ABL) tracking system. Despite this, there is a common misperception that the ABL is an experimental defensive weapon that has no practical use. On some level, this misperception is understandable. After all, lasers may be commonly used in eye surgery, but the only place most people have seen lasers in battle is in the movies.

No doubt the ABL is super high tech. But it would be a grave mistake to assume that it belongs only in science fiction. The truth is, the ABL has a track record of continuous testing achievement. Later this year, it is scheduled to complete a lethal shoot down of a missile during the boost phase (i.e. shortly after launch).

These misperceptions may be the reason that the Obama Administration is planning on gutting the ABL program. However, that would be a huge mistake. The Airborne Laser is a first of its kind weapons system that can shoot down a missile while it is still in its boost phase — meaning that the wreckage will fall back on the very people who launched it. That is a powerful deterrent all by itself.

The ABL is a converted 747 with high tech tracking technology and a powerful cutting edge laser to shoot the missile down shortly after launch. Some have incorrectly speculated that the laser has a limited range — suggesting that the ABL must be too close to its target to be effective. However, again, this is mistaken. The ABL has a megawatt-class laser that can fire hundreds of kilometers with multiple shots. It can defend against missile attack from hundreds of miles away and keep out of enemy reach. And because it is mounted in a jet, it is mobile and can be deployed to hotspots when needed.

The ABL is also cost effective. As few as seven ABLʼs could provide a highly mobile and stunningly high tech defense against missile attack. Even with the cutting edge technology that it employs, the annual costs of the ABL are in line with other large military jets like the AWACS and the B-1 Bomber.

But if you donʼt believe me that the ABL is not merely a science fiction weapon, but rather a practical and needed piece of our current plans for defense — perhaps soldiers in the field will convince you. General B.B. Bell, former Commander of U.S. Forces in Korea wrote to Congress: “… from the Warfighterʼs perspective, the ABL will be an important ingredient in our much needed and required layered missile defense capability for the Korean peninsula… I enthusiastically support the pursuit of the unique combat capability provided by the ABL in attacking missiles in their boost phase. The Korea Theater of Operations battle space provides an optimal ABL operating environment…”

And Lt. Gen. Lloyd Utterback said, “… the ABL offers … a significant capability for boost phase missile defense and other critical tactical missions. As a boost intercepter, it will take the battle to the enemy and defeat threat forces before countermeasures can be deployed. I am also excited by the ABLʼs potential capability to counter surface-to-air and cruise missiles.” So there you have it — warfighters on the ground see the need for the ABL.

This is the bottom line — we live in a dangerous world. Each day, the headlines and the news prove there are rogue nations and rogue leaders threatening our security. We can either hope that they are just joking or we can take steps to protect ourselves. I vote for protecting ourselves and not trusting in the “good intentions” of mad- men. The ABL will protect Americans in ways that no other system can. That makes the ABL tremendously valuable and immeasurably important. We ought not be gutting something that important or that valuable.