Freedom Centers Constitutional and Political Freedom What If Michael Moore Really Is the Center of the ...

What If Michael Moore Really Is the Center of the Democratic Party Now? 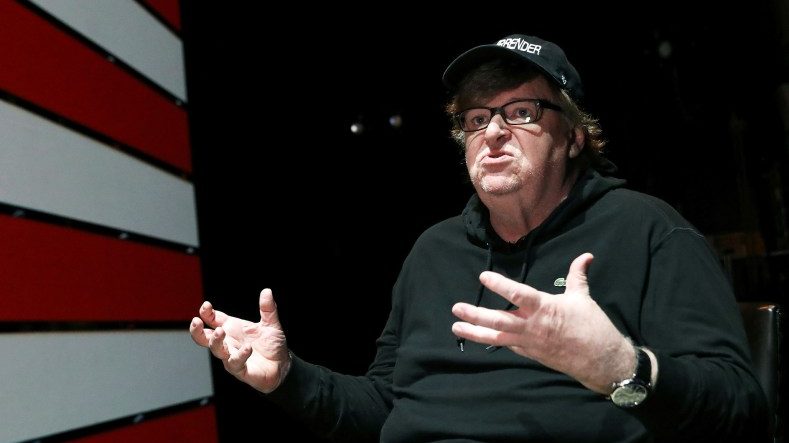 Put aside everything you can’t stand about Michael Moore for a moment. (I know, it’s a lot.) But Moore’s political vision has always had a strong populist streak that aligns a lot with elements of the 2016 Donald Trump campaign. His 1989 documentary, Roger and Me was all about Moore’s anger that General Motors was ending production of automotive parts in factories in Flint, Mich., while increasing production of parts in Mexico. Moore sees America’s corporate class as a bunch of selfish, greedy snobs who show little or no appreciation for the workers that enable their profits or the country that gave them their opportunities. That leftist view of 1989 feels pretty mainstream three decades later — and not just in the Democratic party.

In July 2016, Michael Moore shocked many of his allies by predicting that Donald Trump would win the presidential election. Moore’s assessment is eerily prescient, warning his political allies that working-class voters in Michigan, Ohio, Pennsylvania, and Wisconsin felt “abandoned by Democrats who still try to talk a good line but are really just looking forward to [vulgar euphemism] with a lobbyist from Goldman Sachs who’ll write them nice big check before leaving the room. What happened in the UK with Brexit is going to happen here.”

He also warned about Hillary, whom he said he personally believed had gotten a bad rap, but “nearly 70 percent of all voters think she is untrustworthy and dishonest. She represents the old way of politics, not really believing in anything other than what can get you elected. That’s why she fights against gays getting married one moment, and the next she’s officiating a gay marriage.” Finally, he reminded people about the unexpected victory of independent Jesse Ventura in 1998: “Minnesota is one of the smartest states in the country. It is also filled with people who have a dark sense of humor — and voting for Ventura was their version of a good practical joke on a sick political system. This is going to happen again with Trump.”

Moore’s a progressive through and through, but he periodically reveals a seething disdain for the hypocrisies and phoniness of the Democratic party’s elite leadership class. And you get the feeling that while Moore isn’t opposed to woke culture and the various crusades that rile up the Twitter Left, he would prefer a Democratic party much more focused on improving the quality of life for America’s working class. He’ll never make a film about how “Latinx” should replace the term “Latinos.”

Meanwhile, certain kinds of Democrats are nearly extinct — pro-life Democrats (other than Louisiana Governor Jon Bel Edwards) pro-gun Democrats, the kinds of reformers who used to make up the old Democratic Leadership Council. Democrats to the right of Michael Moore are fewer, and Democrats to the Left of him are more numerous. He stood still; the party moved around him.