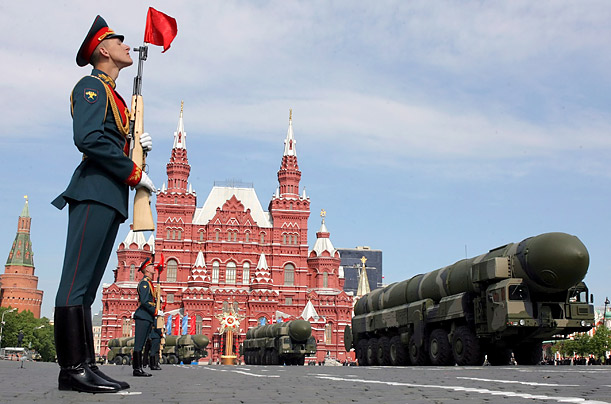 Why nuclear deterrent modernization is critical to our longterm security. 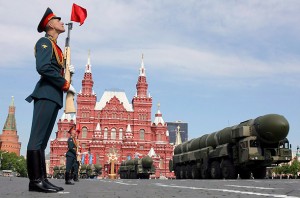 The newest from the Washington Post’s Walter Pincus (“Old Nukes and Old Thinking”, The Washington Post, November 17, 2014), on why nuclear deterrent modernization is not needed is that the nukes we have are old and so is our nuclear strategy.

He claims both modernization and our strategy can be safely jettisoned.

His primary reasoning is that we nuclear strategists continue to labor under what he considers the absurd assumption that we adopted during the Cold War that the Soviets might initiate an attack with their nuclear weapons, a “first strike” and thus we– the United States– had to build “more” [obviously unneeded!]  weapons to survive such a strike, which in turn necessitated the scared Soviets to build more warheads in response. Thus the “arms race”.

He concludes his essay by asserting that while President Putin’s recent behavior is warlike, it should not worry us because it does not “rise to the nuclear level”.

My goodness, this guy must have missed most of the last 69 years of the nuclear age.

The issue was not just a first strike by the Soviets.

It was American policy to make sure that ANY Soviet initiation of or first use  of nuclear weapons, either in a crisis or growing out of a conventional conflict, would be self-defeating. This meant that unless  the Soviets could take out ALL US nuclear weapons in a first strike, we could successfully retaliate with a devastating response and thus make the first use of nuclear weapons by our Communist enemies suicidal.  Our flexible response, damage limitation and the joint US and allied nuclear umbrella strategies grew out of that fundamental principal.

In short, we could under any scenario, respond to an attack with such force as to leave the attacker worse off than before.

As former top US nuclear expert Paul Nitze said once, he wanted the Soviets to always conclude “Not today, Comrade” should they contemplate the first use of such horrible weapons.

Pincus concludes that this irrational US fear that the Russians might strike first in a crisis continues to underlie current US strategy–and thus prevents us from reducing our nuclear weapons arsenal even further. In short, the arms race is our fault.

But he cannot explain how we have successfully cut our strategic nuclear arsenal and that of the Russians from 13,000 deployed strategic nuclear warheads to the current level of 1550-1800 (depending on how you wish to count bomber weapons), a process started at the height of the Cold War and all the time while we kept a force that was survivable based on surviving a Soviet or Russian first strike!

But if having “survivable weapons” is a misplaced objective, Pincus no doubt would approve of placing all our warheads on say highly vulnerable subs all lined up in port at Kings Bay and Bangor. Placing all warheads on subs in port would save lots of money and no doubt please Pincus.

But it also means an attack with conventional torpedoes or cruise missiles on the subs even if some were at sea could eliminate all US nuclear capability in a stealthy attack from under the oceans–if submarines at sea, now highly survivable, might someday become vulnerable.

As Senator John Warner told me, his biggest fear when Secretary of the Navy was just such a strike, but he assumed we would keep a survivable nuclear Triad as insurance policy and thus keep the peace.

Thus it was at the end of the Eisenhower and early Kennedy administrations we created the survivable US nuclear Triad. Our sub and ICBM development efforts were first in response to Sputnik and was at a time when we had no idea whether we could build a rocket capable of being deployed in the United States in silos or at sea in subs and reach half way around the globe to the Soviet Union.

But we did eventually deploy such a survivable force of subs, bombers and land based missiles. And because such a force was so survivable, we have been able to cut our deployed warheads since the height of the Cold War by 90%, despite still being cognizant of the potential threat of nuclear arms being first used against us in a crisis.

Now Pincus seems unimpressed by this dramatic reduction in warheads since the height of the Cold War.  He apparently thinks the 1550 we now have under New Start is awful and reflective of Cold War thinking–old weapons and old thinking as he writes.

But it is not the number of deployed warheads that count as much as the number available for an assured response.

Pincus says the magic number we should deploy is 500 warheads. He says Robert McNamara in 1995 told him this. But he admits these warheads have to be “adequately protected”.

But why? If there is no chance of anyone striking us first, which is the central thesis of Pincus, why protect your warheads and make them survivable in the first place?

Well, it seems the proverbial nuclear cat just got out of the bag!

Guess what we have today available on a day to day basis for an assured response?

Roughly 500-700 warheads–very close to the magic number Pincus assured us we needed with which to respond and required our force to be “adequately protected”.

The precise number we estimate to survive is no doubt classified but the math is simple—4 subs at sea are always in their patrol area, some number of ICBMs as well as bombers if on alert and airborne would all survive any first strike.

That is what we have NOW that could reasonably survive out of the total force limited by the New Start treaty of 1550 deployed weapons.

As for McNamara’s 1995 contention of 500 warheads being adequate, I doubt he took into account a China now with hundreds of new nuclear warheads, the presence of mobile missiles, (very tough to destroy) or rogue regimes like North Korea that add to our deterrent requirements.

At the end of his essay Pincus gratuitously adds the idea that American missile defense “prospects” also contributed to the Soviet build-up of weapons, continuing his long tradition of always blaming America first for bad Russian behavior. The facts are that the Soviet build-up of nukes occurred long BEFORE the US had any national missile defenses, in fact during the era of the ABM Treaty which prohibited their construction.

As for the massive recent reductions in US and Russian nuclear warheads, fully 67% were cut after 2002 when the ABM Treaty was gone, while the US built a national missile defense and during the duration of the Moscow Treaty and New Start arms control treaties.

The much needed force modernization that Defense Secretary Hagel and the administration are proposing that so upsets Pincus is a considerable expense no doubt. But its currently only 4% of the defense budget and 1/164th of the Federal budget.

After 20 years of widespread neglect–neglect that the advocates of first a nuclear freeze and then global zero advanced–we are faced with the need to modernize across the board.

And none too soon are we beginning this effort.

Mr. Putin’s warlike positions are far from benign. He and his senior military leadership have now over two dozen times since 2009 threatened the use of nuclear weapons against the United States and its allies.

My guess he is thinking seriously of using these weapons first.