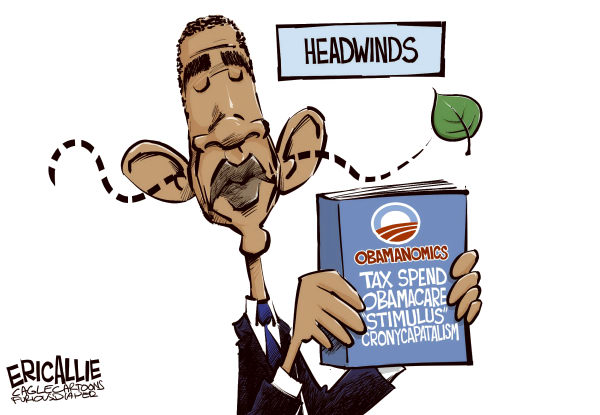 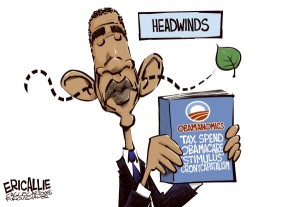 The official unemployment rate of 7.8% means we are finally back to the level when Barack Obama became president, at the height of the recession. That may seem like great news. However, a more serious analysis of the job market numbers indicates continued gloom.

Even so, the number of jobs, full-time and part-time, is falling short of the ever-increasing working-age population. Last month there was a net gain of 114,000 jobs. But with an expanded working age population of 206,000 and 63% of those working, 131,000 jobs would have had to be added to keep the fraction employed from falling.

Unfortunately, even this anemic growth in the total number of jobs only came about because several hundred thousand full-time workers were forced to accept part-time work. While total jobs rose by 114,000, people who are classified by the Bureau of Labor Statistics as “part time for economic reasons” soared from about 8 million to 8.6 million, a 581,000 increase.

There are two different reasons for this. Some job seekers have had to settle for only part-time jobs because they have failed to find full-time employment. Other workers who have stayed at their old firm have found that their jobs were downgraded from full-time to part-time status due to a downturn in the demand for the firm’s products.

This second reason is the most important one, and it shows that the positive unemployment numbers are not much reason to cheer. After all, businesses shifting workers from full-time to part-time in large numbers is not signaling a general economics upswing.

Indeed, this factor is the reason that the government’s broader measure of unemployment has remained unchanged at 14.7 percent (the so-called U6 measure), still well above 14.2% rate when Obama became president.

A drop in full-time employment of 216,000 shows that the economy is still not performing well. The lower unemployment numbers do not reflect more people working so much as they show Americans being forced into part-time work.

John R. Lott, Jr. is a FOXNews.com contributor. He is an economist and co-author of the just released “Debacle: Obama’s War on Jobs and Growth and What We Can Do Now to Regain Our Future.”  Follow him on [email protected]