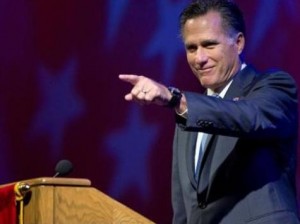 Bill Clinton, President Barack Obama, and liberal think tanks have claimed Mitt Romney’s plan to cut tax rates across the board by 20 percent is bad arithmetic, but a Princeton economics professor, Harvey Rosen, examined Romney’s proposals in a paper and concluded Romney’s plan would work. The economy would have to grow by 3 percentage points more over the term of his plan than it would have without his plan.

Liberals, who often do not understand how the economy works let alone how to expand the economic pie, failed to work in their assumptions that the purpose of Romney’s tax cuts is to actually grow the economy, which would make people more prosperous. And as the economy grows and more people get jobs, the government would get more tax dollars.

The Tax Policy Center, which is affiliated with the center-left Brookings Institution and Urban Institute, analyzed Romney’s tax plan assuming there would be zero economic growth. The lead analyst in the Tax Policy Center’s study was a former Obama administration official.

“At the same time, the TPC model assumes that regardless of the tax rate, people work the

And, as The Weekly Standard pointed out, there are “at least three critical flaws” with the the TPC study:

If these assumptions are taken away, Romney’s plan becomes more feasible.

given tax reform proposal when its explicit goal is to enhance growth.”

“Rather, a more sensible approach is to consider alternative assumptions about how tax reform might affect the size of the economy, and see how they affect the substantive conclusions,” Rosen wrote.

Tony Lee is a columnist at Brietbart.com where this article was published on Oct. 7, 2012.