Freedom Centers Constitutional and Political Freedom When in the Course of Human Events ...

When in the Course of Human Events 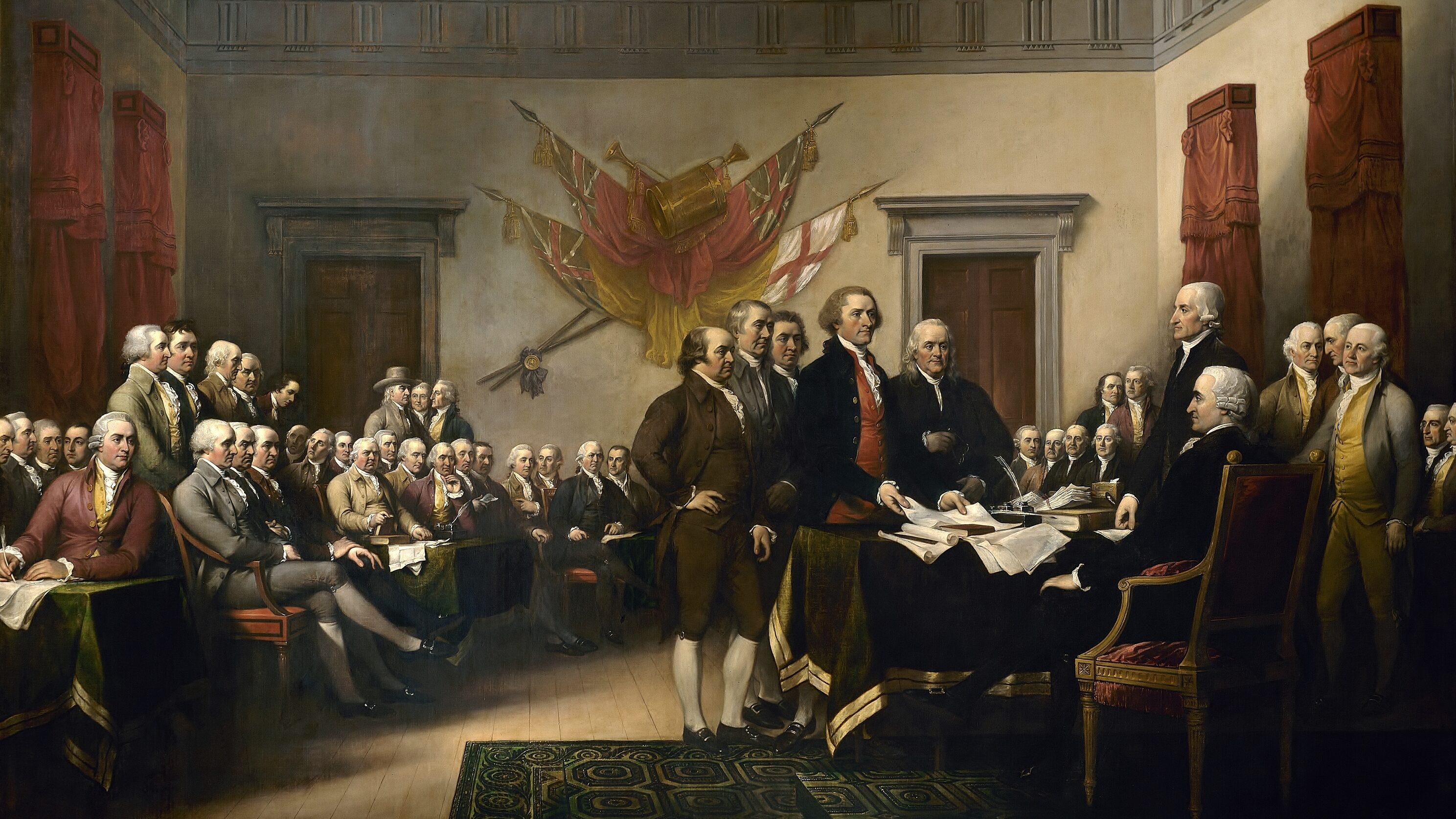 With the anniversary of our independence from Britain just around the corner, the social strife now appearing ubiquitously on social media has many of us questioning what is happening to America. From those whose lineage goes back to the original European settlers to those who earned their citizenship in just the last few years, we’re wondering, some of us, if the nation as we’ve known it can survive.

It can—and it will. We’ve been through worse and come out the better for it. We are not perfect and never have been. We are, however, still what Lincoln called “the last, best hope of earth.”

Are there inequities? Sure, just as there are in any country. Here we have freedoms guaranteed to us by our Founding documents that allow us wide latitude—some would say too wide, these days—to express our concerns about our leaders and about the policies that shape the nation. This is not the case in China, Somalia, Cuba, Venezuela or any of the other dictatorships that many of the young Americans now protesting only know as dots on a globe or listings on Wikipedia. Yet few of them, given the chance, would swap our system of government, the rights we enjoy and the economic realities of living in those countries for life in the United States.

Some are nonetheless cheering on those who’ve chosen violence. Most of us still abhor the rioting and looting and the assaults and murders of police officers and others seeking to keep the peace. We can see no justification for it, no matter how serious the perceived injury might be. That speaks well of the majority. We are not yet the kind of animals those who would bring the entire system crashing down, though some would like to get us there on the fast train.Ads by scrollerads.com

Some of them believe, and they’ve made this abundantly clear, that the social contract has been broken. That the government we have now lacks the consent of the governed and, according to Locke and other Enlightenment philosophers, the people have the right to seek a replacement by any means necessary.

They’re within their rights to think that and to proclaim it. To most of us, though, this is nonsense. And it will continue to be nonsense as long as peaceful means remain available to bring about change in government.

Are we perfect? No, and we never have been. Are we better than every other country? Many would say yes but, to be fair, let’s agree that we at least consistently rank in the top ten. Rather than feel we are inexorably stained by our slaveholding past—a past not unique to this country, and a practice that still exists in other parts of the world—and that there is no way to overcome it, let us celebrate how far we have come. As Independence Day approaches, let us remember how America has consistently led the world, how we have been a haven for the oppressed, how our sons and daughters have given life and limb in the fight against tyranny in many parts of the world and how we remain a beacon to those longing for freedom and as close to a true meritocracy as any nation that has ever existed.

America is the place where you can rise above the circumstances of your birth to accomplish and acquire. It is also where you can fall from great heights, sometimes spectacularly, and lose everything. Elites and establishments do exist in just about every walk of life, but they are more open and democratic here than in most other parts of the world. Meanwhile, we have become the place where, as Dr. Martin Luther King, Jr. said so many years ago, the sons and daughters of former slaves and former slave owners can meet together over the table of brotherhood.

To some, none of that matters. They want to remake America according to what they feel and follow the dictates of largely ill-considered contemporary truths that have failed as governing principles in the other nations that have tried to implement them. They ignore at their peril the eternal truths expressed and refined through thoughtful debate by the Founders who, while not perfect, should be judged by history and by us for the body of their accomplishments and the sum of their lives. “If men were angels,” James Madison said, “no government would be necessary.”

Well, men are not angels and those who conceived and wrote the governing compacts still in force today should be praised for their vision and for their belief that what “this new nation, conceived in liberty and dedicated to the proposition that all men are created equal” had to offer, has to offer, and will have to offer in the future. It is superior to what any other nation on earth at the time could do. Lincoln Steffens was wrong. The future did not work.

Life. Liberty. The pursuit of happiness. The American story is just as much about the ongoing struggle to secure these for everyone, generation after generation, as it is about anything else. Some things have come easier than have others. The struggle endures but shall not end until those objectives have been achieved. Freedom is the aim and always, God willing, shall be.