Freedom Centers Constitutional and Political Freedom When the Left Turned Against Free Speech ...

When the Left Turned Against Free Speech 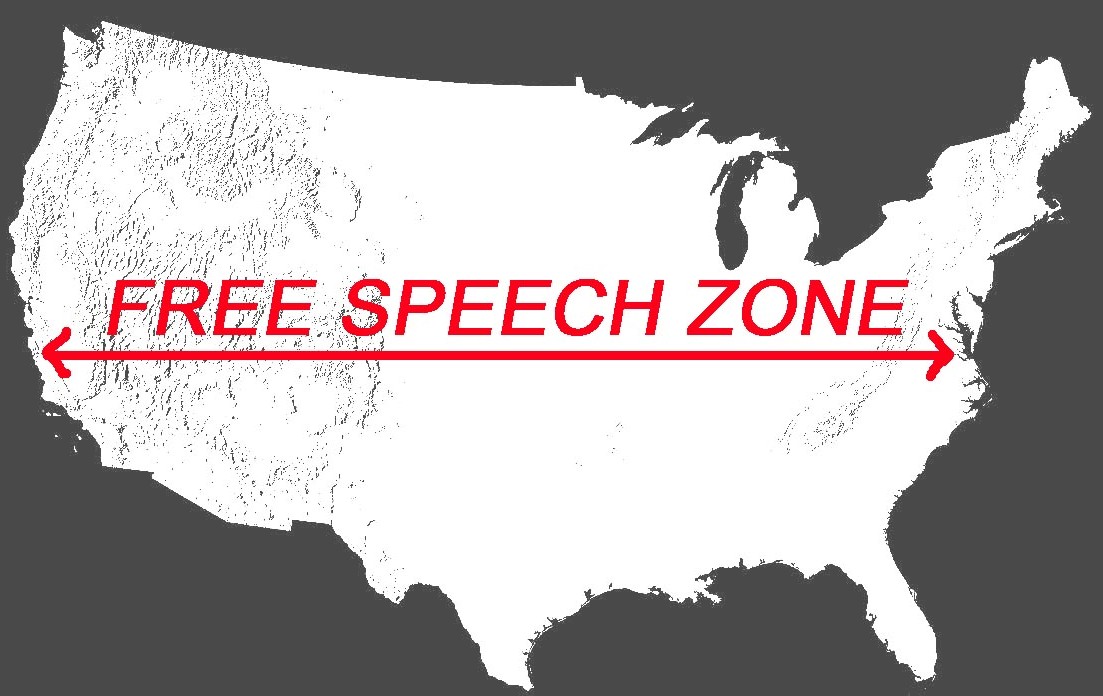 The long, ugly journey from the Free Speech Movement to professors assaulting protesters. 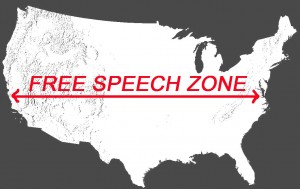 On March 4, in a designated “free-speech zone” at the University of California, Santa Barbara (UCSB), associate professor of feminist studies Mireille Miller-Young walked over to a 16-year-old anti-abortion protester named Thrin Short and demanded that Short take down a graphic sign showing pictures of aborted fetuses. When Short refused, Miller-Young forcibly snatched the sign out of the smaller girl’s hands, then handed it to her students and walked away triumphantly. The rattled teen accurately accused Miller-Young of being a “thief,” to which the professor implausibly retorted: “I may be a thief, but you’re a terrorist!” Adding injury to insult, Miller-Young then shoved the protester and barred her from entering a campus elevator. Moments later, the professor and her students cut the stolen poster to shreds.

The story gets worse. According to the ensuing police report, Miller-Young maintained that she had set a good example for her students by acting like a “conscientious objector” to offensive hate speech that had “triggered” her emotions and violated her “personal right to go to work and not be in harm.” Many students, too, remained defiant about the assault long after tempers cooled.

“We, as students of UCSB, are in solidarity with Professor Miller-Young and urge our student body, staff, faculty, and community members to provide as much support as possible,” reads a petition submitted by “UCSB Microaggressions” that as of press time had received more than 2,000 signatures, dwarfing a rival petition asking for the professor’s ouster. “We do not condone the hate speech and media attention she has been actively receiving.”

Our tale gets worse still. In an open letter to students on March 19, Vice Chancellor of Student Affairs Michael D. Young did not mention Miller-Young by name, did not address either the outrageousness of her actions or the inanity of her logic, and instead aimed most of his fire at “outsiders coming into our midst to provoke us, to taunt us and attempt to turn us against one another as they promote personal causes and agendas.”

Here is how Young’s letter begins: “Over the past several weeks, our campus has been visited by a number of outside groups and individuals coming here to promote an ideology, to promulgate particular beliefs (at times extreme beliefs), or simply to create discord that furthers a certain personal agenda. Some passionately believe in their causes, while others peddle hate and intolerance with less-than-noble aims. Whatever the motives and goals, the presence of such people and groups on campus can be disruptive and has the potential to draw us into the kind of conflict that puts at risk the quality of exchange of ideas that is fundamental to the mission of our university.”

Young’s letter–filled with to be sures about “the sanctity of free speech” and in-group signaling about how the Founding Fathers were “all white men of privilege”–was shockingly familiar to those of us with a certain amount of historical memory. A half-century before, a big chunk of the modern political left was forged at the University of California, Berkeley, through a series of protests against the university’s ban on unsanctioned political speech. The Free Speech Movement, as it came to be known, kick-started ’60s campus activism and led to a backlash that, among other things, helped propel to the governor’s office a Republican political novice named Ronald Reagan.

Back then the people using the conspiratorial slur “outside agitators” to denigrate campus activists were not anxious administrators mouthing progressive pieties but conservative politicians disgusted to see antiwar sentiment at publicly funded universities. In 1965, Bay Area Assemblyman Don Mulford–who once warned FBI Director J. Edgar Hoover that University of California President Clark Kerr was under the thrall of Communist puppet-masters–introduced anti-outsider legislation to (in his words) “remove from the campus the professional agitators, the beatniks, the mentally ill, the untouchables, the unwashed.” The bill sailed into law.

I first learned about these foundational free speech battles at what turned out to be a critical time and place in the left’s journey from free-speech champion to anti-speech thug: UCSB in the late 1980s.

As a cub reporter for the university’s Daily Nexus, I wrote a multi-part series connecting ’60s radicals to the ’80s activists who were constantly comparing themselves to the previous generation, and were fresh off their victorious effort to pressure the California university system to divest its holdings from apartheid South Africa. But in the course of interviewing the mostly supportive Free Speech Movement stalwarts, a whisper of concern began leaking through about the youngsters’ attitudes toward free speech.

Turns out there was ample reason for worry. In the fall of my freshman year, a vigorous debate erupted around David Lynch’s new movie, the now-classic Blue Velvet. Feminists argued that the disturbing film, which features serial violence perpetrated against an often-naked Isabella Rossellini, contributed to the “objectification and dehumanization of women.” Not long after, in an act presaging Miller-Young’s 2014 outburst, a group calling itself “You Can’t Keep a Good Woman Down” charged into a local liquor store and tore down its mildly bawdy St. Pauli Girl posters.

I will never forget the sight of the famously gruff liquor store owner appearing just after the incident in front of the entertainingly far-left activist student council (the vice president looked like a beatific version of Charles Manson and favored long flowing purple robes and wizard hats), breaking down into some of the least convincing tears I have ever seen as he thanked the vandals for opening his eyes about society’s pervasive sexism.

Institutional racism, too, became a cause for which speech could be sacrificed. On the one-year anniversary of the space shuttle Challenger blowing up, the Nexus ran an op-ed from a non-staffer memorializing the dead and listing all of their names. Well, all except for the first-ever black astronaut, Ronald McNair, who was inadvertently omitted. Soon after, members of the Black Student Union dumped thousands of copies of the famously left-of-center newspaper (whose unofficial motto in those days was “Commie Rag”) in the trash.

In 1989 the campus radio station, KCSB, removed from its airwaves an unknown young conservative shock jock for making “multiple discriminatory statements based on sexual orientation,” such as: “Anyone listening to this show that believes homosexuality is a normal lifestyle has been brainwashed.” Ugly stuff, yes, but on a station that had no problem broadcasting Soviet apologetics the punishment felt pretty selective. Still, Sean Hannity went on to have a pretty successful career.

Activists in my era, through hunger strikes and other actions, successfully pressured UCSB to adopt an ethnic and gender studies requirement, helping give rise to Miller-Young’s feminist studies department. They also served to demonstrate, perhaps unwittingly, that the descendants of important political movements often become that which the original activists despised.

The University of California, and American academia as a whole, is long overdue for a 21st century free speech movement. Hopefully this time it will be bipartisan, and will aim from the outset to defend precisely the types of speech its advocates find most abhorrent.

Matt Welch is editor in chief of Reason Magazine and co-author with Nick Gillespie of The Declaration of Independents: How Libertarian Politics Can Fix What’s Wrong With America, now out in paperback with a new foreword.