Freedom Centers Constitutional and Political Freedom Who caused the Shutdown? ...

Who caused the Shutdown? 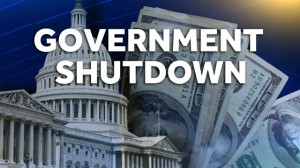 The Obamacare/shutdown battle has spawned myriad myths. The most egregious concern the substance of the fight, the identity of the perpetrators and the origins of the current eruption.

President Obama indignantly insists that GOP attempts to abolish or amend Obama­care are unseemly because it is “settled” law, having passed both houses of Congress, obtained his signature and passed muster with the Supreme Court.

Yes, settledness makes for a strong argument — except from a president whose administration has unilaterally changed Obama­care five times after its passage, including, most brazenly, a year-long suspension of the employer mandate.

Article I of the Constitution grants the legislative power entirely to Congress. Under what constitutional principle has Obama unilaterally amended the law? Yet when the House of Representatives undertakes a constitutionally correct, i.e., legislative, procedure for suspending the other mandate — the individual mandate — this is portrayed as some extra-constitutional sabotage of the rule of law. Why is tying that amendment to a generalized spending bill an outrage, while unilateral amendment by the executive (with a Valerie Jarrett blog item for spin) is perfectly fine?

The mainstream media have been fairly unanimous in blaming the government shutdown on the GOP. Accordingly, House Republicans presented three bills to restore funding to national parks, veterans and the District of Columbia government. Democrats voted down all three. (For procedural reasons, the measures required a two-thirds majority.)

Senate Majority Leader Harry Reid won’t even consider these refunding measures. And the White House has promised a presidential veto.

The reason is obvious: to prolong the pain and thus add to the political advantage gained from a shutdown blamed on the GOP. They are confident the media will do a “GOP makes little Johnny weep at the closed gates of Yellowstone, film at 11” despite Republicans having just offered legislation to open them.

And besides, whence comes the sanctity of the “clean CR,” the single bill (continuing resolution) that funds all of government? The Democrats have declared it inviolable — and piecemeal funding, as proposed by the Republicans, unacceptable on principle. On what grounds? After all, the regular appropriations process consists of 12 separate appropriation bills. The insistence on the “clean CR” is just a fancy way to suggest some principle behind the president’s refusal to compromise or even negotiate.

The most ubiquitous conventional wisdom is that the ultimate cause of these troubles is out-of-control tea party anarchists.

But is this really where the causal chain ends? The tea party was created by Obama’s first-term overreach, most specifically Obama­care. Today’s frantic fight against it is the echoing result of the way it was originally enacted.

From Social Security to civil rights to Medicaid to Medicare, never in the modern history of the country has major social legislation been enacted on a straight party-line vote. Never. In every case, there was significant reaching across the aisle, enhancing the law’s legitimacy and endurance. Yet Obama­care — which revolutionizes one-sixth of the economy, regulates every aspect of medical practice and intimately affects just about every citizen — passed without a single GOP vote.

Moreover, the administration was clearly warned. Republican Scott Brown ran in the most inhospitable of states, Massachusetts, on the explicit promise to cast the deciding vote blocking Obamacare. It was January 2010, the height of the debate. He won. Reid ignored this unmistakable message of popular opposition and conjured a parliamentary maneuver — reconciliation — to get around Brown.

Nothing illegal about that. Nothing illegal about ramming it through without a single opposition vote. Just totally contrary to the modern American tradition — and the constitutional decency — of undertaking major social revolutions with only bipartisan majorities. Having stuffed Obamacare down the throats of the GOP and the country, Democrats are now paying the price.

I don’t agree with current Republican tactics. I thought the defunding demand impossible and, therefore, foolish. I thought that if, nonetheless, the GOP insisted on making a stand, it should not be on shutting down the government, which voters oppose 5-to-1, but on the debt ceiling, which Americans favor 2-to-1 as a vehicle for restraining government.

That interval is over. The current unrest is the residue of that hubris.

Charles Krauthammer is a nationally syndicated columnist. This column appeared in the Washington Post.