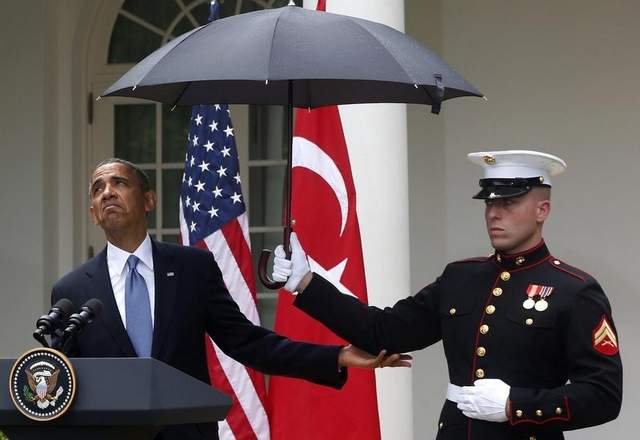 A vast scholarly literature spanning more than six decades exists on the subject of leadership. The characteristics of effective leaders have been pored over, cataloged and debated. Among them, one trait stands out as axiomatic: Effective leaders take responsibility for problems around them; they do not shift blame to others. As Winston Churchill put it, “The price of greatness is responsibility.”

Indeed, studies show that taking responsibility is one of the key traits people expect from a leader. In one 2006 study, two researchers at the University of Kent in England conducted a laboratory experiment in which human subjects in a group were given money and a choice: They could either keep it all or contribute some portion to a “group fund” that would be doubled and divided equally between all participants. Some people cooperated for the good of all, while others did not.

In a second phase of the experiment, the participants were asked who would be the best leader for the group. Eighty percent of the time, they chose the person who had contributed the most to the fund in the first phase. When people can choose the people who will lead them, they prefer people who proactively take responsibility for group welfare.

This brings us to the current debate over the shutdown of the federal government. The conventional narrative is that conservative policymakers are holding the nation hostage and hamstringing the helpless president.

Americans will likely see through this. A majority dislikes the current Republican strategy, but they know that ultimate culpability lies with leadership at the top. This sorry episode will reinforce the growing perception of the president as a leader who is more comfortable denouncing subordinates for disagreement than in taking responsibility.

Obama’s image as a strong leader has dropped like a stone since 2009. A month after his first inauguration, a CBS News/New York Times poll found 85% of Americans said the president had “strong qualities of leadership.”

By January 2010, just 66% in a Quinnipiac poll said the president had “strong leadership qualities.” In the very same poll Tuesday, only 53% gave this response. A few weeks earlier, a Fox News poll about foreign policy found that only 42% of Americans say Obama is “a strong and decisive leader.”

Some of this no doubt reflects the bitter partisanship of our times. But some of it is also logically due to a growing sense that the president is unwilling or unable to take responsibility in difficult circumstances and blames others instead. Indeed, half of Americans currently say he “spend[s] too much time blaming others,” according to the Fox News poll cited above.

Is this assessment fair? Sample his public pronouncements and judge for yourself. Just this week, he washed his hands of the government shutdown by asserting that Republicans alone are “shutting down the government over an ideological crusade.”

Or consider the recent Syria debacle. Initially, the president declared a “red line” if President Bashar Assad used chemical weapons in that nation’s civil war. But when the Syrian leader was shown to have done so, Obama failed to act, and declared, “I didn’t set a red line, the world set a red line. My credibility is not on the line.” The president shouldn’t have been surprised when 54% of Americans said they believed he was “ducking responsibility for his earlier statement.”

There is plenty of time for the president to take responsibility and rectify his perceived leadership deficit. It is true that he does not have a rubber stamp; the House of Representatives is certainly opposed to many of his initiatives. But that makes leadership at the top all the more important. Great leaders negotiate and own the consequences.

The Republicans represent a mainstream position that many Americans support, not an extremist fringe that a decent leader would vilify. In the budget and debt-limit fights of the coming weeks, Obama can show a leader’s courage to take ideas from the opposition — such as delaying implementation of the Affordable Care Act — and forge agreement with enough Republicans to produce a deal.

There is a lesson here for Republicans as well. Virtually every poll finds little public confidence in the GOP and even lower favorability toward Republicans in Congress than for Democrats. This is hardly a recipe for political resurgence. A strategy of fighting against things — instead of fighting for people — and simply blaming Obama for the current stalemate would lead the GOP into the same trap into which the president has fallen.

Ultimately, though, responsibility falls to the boss. So what is the likelihood Obama will step up at this crucial moment as a responsible chief executive? We probably got the answer from his senior adviser Dan Pfeiffer, who told CNN on Sept. 26 that “we’re not for … negotiating with people with a bomb strapped to their chest.” Sadly, he was talking about his Republican colleagues, not the actual terrorists who aim to kill us.

Arthur C. Brooks is president of the American Enterprise Institute. He is the author of “The Road to Freedom: How to Win the Fight for Free Enterprise.”  This article was published in the Los Angeles Times.